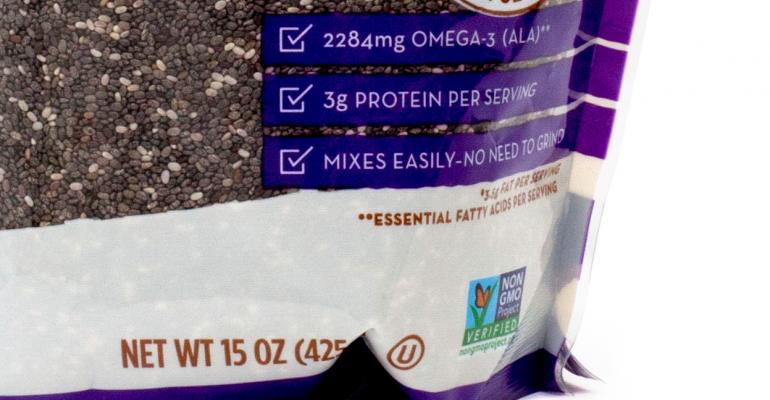 Many consumers now look for non-GMO labeling on foods. FDA wants to change the phrase.

1. On Nov. 19, 2015, FDA formally denied a 2012 Citizen Petition filed by the Center for Food Safety. Explaining, the Agency stated that the petition “does not provide evidence sufficient to show that foods derived from genetically engineered plants, as a class, differ from food derived from non-GE plant varieties in any meaningful or uniform way, or that as a class, such food present any different or greater safety concerns than food developed by traditional plant breeding.”

2. Also on Nov. 19, FDA issued a guidance on voluntary labeling of foods derived from Genetically Engineered Plants. In the guidance, FDA recommends the use of terms, such as “not genetically engineered,” “not bioengineered” and “not genetically modified through the use of modern biotechnology,” and discourages the use of the term “genetically modified organism,” as well as the abbreviation “GMO” as most foods do not contain entire organisms. FDA did clarify, though, that it does not intend to take enforcement action against a label using the acronym “GMO.”

The Guidance cautions against the use of the term “free” or similar terms, such as “does not contain GMOs” or “non-GMO,” due to the difficulty of substantiating such a claim. Although, FDA did not indicate whether it intends to exercise enforcement discretion with respect to “free” claims.

The Agency further explained that “a statement may be false or misleading if, when considered in the context of the entire label or labeling, it suggests or implies that a food product or ingredient is safer, more nutritious, or otherwise has different attributes than other comparable foods because the food was not genetically engineered.”

Finally, FDA alerted manufacturers that genetically engineered crops with characteristics that are materially different from those of comparable foods would require labeling under existing provision to disclose such material difference.

While federal regulations do not require special labeling for bioengineered foods, some 80 bills were introduced in state legislatures that would require special labeling. And one law, in Vermont, is scheduled to take effect on July 1, 2016. The Grocery Manufacturers Assn. (GMA) and others filed a lawsuit following passage of the bill some 18 months ago, challenging Vermont’ labeling mandate. Litigation in that case is ongoing.

Another possible avenue to prevent Vermont’s GM labeling law from going into effect is federal legislation. That attempt failed in 2015 when the U.S. Senate failed to act on legislation, even though the U.S. House of Representatives passed a bill, which would have preempted state and local governments from mandating GM labeling. An attempt to include a preemption provision in the year-end Omnibus Appropriations bill also failed. In a release about the Dec. 4 letter, the International Dairy Food Assn. pointed out that approximately 80 GMO labeling bills were introduced in 20 states during 2015.

As noted by Daryl Thomas, svp of sales and marketing, Herr Foods Inc., at a Senate Agriculture Committee hearing on biotechnology earlier this year:  “Absent immediate action by Congress to create a federal GMO solution, manufacturers will have essentially three options in order to comply with a state labeling law such as Vermont’s Act 120: (1) order new packaging for products going to each individual state with a labeling law, (2) reformulate products so that no labeling is required or (3) halt sales to those states with mandatory labeling laws.”

Thus, for now, food companies face the challenge of deciding which of the three options to choose.

Learn about the latest developments in labeling at WestPack 2016, Feb. 9-11 in Anaheim, CA.