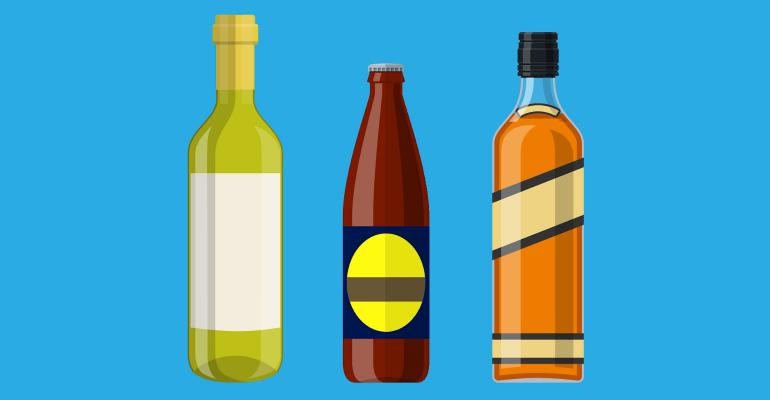 Amidst the COVID-19 pandemic, this past Spring, the Alcohol and Tobacco Tax and Trade Bureau (TTB) of the U.S. Department of the Treasury published a final rule to modernize existing regulations for alcoholic beverages — 85 Fed. Reg. 18704 (April 2, 2020). TTB is the primary federal agency that has specific oversight for the composition, labeling, and advertising of most alcoholic beverages.

This final rule became effective as bars, wineries, and breweries experienced a drop in sales due to state-wide mandated closures. At the same time, there was a significant increase in consumer demand for alcoholic beverages, including wine, craft beer, hard seltzers, and distilled spirits.

This final rule is the first major update to TTB’s regulations in decades and better reflects today’s modern marketplace. These changes will provide wineries, brewers, and distillers with greater flexibility to develop and market new innovative products. This article provides a summary of the recent TTB regulations that apply to alcoholic beverages, including wine, craft beer, hard seltzers, and distilled spirits.

In addition to TTB’s amendment to 27 CFR 5.11 — which clarifies that products containing less than 0.5% alcohol by volume are not regulated as distilled spirits under the Federal Alcohol Administration Act (FAA Act)  — the final rule gives industry greater flexibility on the placement of mandatory information on distilled spirits labels. TTB’s amendment of section 5.11 now allows the brand label to be on any side of a distilled spirit’s bottle, as long as it includes all required information within the same field of vision. TTB defines “field of vision” as a single side of a container where all pieces of information can be viewed simultaneously without the need to turn the container.

TTB believes that requiring this information in the same field of vision, rather than on the display panel at retail, is a more objective and understandable standard, particularly as applied to cylindrical bottles.

Current TTB regulations require the following to appear on the brand label:
• Brand name
• Class and type of distilled spirit
• Alcohol content
• Net contents (for containers that do not meet a standard of fill)

TTB’s final rule also led to changes in the standards of identity (SOI) for some distilled spirits, which industry must consider when including the class and type of distilled spirit on their product. By way of background, TTB regulations divide the broad category of “distilled spirits” into various SOIs, which include both a “class” and a “type.” Each SOI consists of a defined class, such as “Neutral Spirits or Alcohol” or “Agave Spirits.” Within the various classes are “types,” including “Vodka,” which falls under the “Neutral Spirits or Alcohol” class, or “Tequila,” which falls under the class of “Agave Spirits.”

Regarding vodka’s SOI, TTB amended the existing regulations at section 5.22(a)(1) to remove the requirement that vodka be without distinctive character, aroma, taste, or color. Previously, to be classified as a “Vodka,” TTB regulations required that the product be “without distinctive character, aroma, taste, or color.” TTB noted that the change was implemented because the previous requirement no longer reflects consumer expectations. Given the variety in base ingredients, flavors, and flavor profiles found in the vodka category, TTB’s final rule provides industry the flexibility to develop and market new innovative products.

TTB also amended section 5.22(g), which created a new class within the SOI, called “Agave Spirits,” and two types within the class, “Tequila” and “Mezcal.” This new “Agave spirits” class replaced the previous “Tequila” class, which did not address mezcal or the broader category of Agave Spirits. TTB has stated that the creation of the “Agave Spirits” class will provide more information to consumers and will allow industry members greater flexibility in labeling products that are distilled from agave.

The wine industry has also benefitted from the update to TTB regulations.

Moreover, if the bottler has the appropriate documentation substantiating that the wine is entitled to be labeled with a vintage date, it should not be disqualifying that the wine was imported in a bulk container that did not bear a vintage date. As such, this change in the law will provide additional labeling flexibility to bottlers that import vintage wine in bulk for bottling in the US.

The final rule also eliminated the SOI for “Citrus Wines,” as TTB considered it unnecessary to continue to distinguish between citrus wine and fruit wine. Instead, “citrus wine” is now a type, as TTB amended section 4.21(e) to include “Citrus Wines” in the “Fruit Wine” class.

The changes to TTB’s regulations that govern beer involved product label claims and the listing of alcohol content statement requirements.

In response to industry groups’ request, TTB removed antiquated prohibitions against the use of the term “strong” and other statements regarding alcohol strength on malt beverage labels and in advertisements. This change will now authorize industry to use claims, such as “strong Ale,” “strong,” “full strength,” “extra strength,” “high test,” “high proof,” “pre-war strength,” “full old time alcoholic strength,” in their labeling and advertising. While such statements are now permitted, these regulatory changes should not be interpreted to limit TTB’s authority to prohibit claims relating to alcohol content that TTB considers false or misleading.

In a submitted comment, the Brewers’ Association requested that TTB remove the proposed restrictions on use of the word “draft.” The final rule now allows brewers to use terms such as “draft” and “draught” on labels and in advertisements. Previously, the 1965 TTB Industry Circular 65-1 stated that the use of such terms as “Draft Beer,” “Draft Brewed,” “Draft Beer flavor,” “Old Time on-tap taste,” and like expressions or terms should be limited to “beverages dispensed from a tap, spigot, or similar device, or that were unpasteurized and required refrigeration for preservation.”

The Brewers Association argued that TTB Industry Circular 65-1 is no longer relevant, as consumers understand “draft” to mean beer served from a keg or barrel; thus, consumers understand that beer in a can or bottle is not “draft” and the use of the term “draft” to describe a canned or bottled beer is puffery. TTB agreed that consumer perceptions have shifted regarding the terms “draft” or “draught” and removed these restrictions.

Definition of Wine and Malt Beverage.

The final rule also clarified which alcohol beverage products meet the statutory definition of a wine or malt beverage under the FAA Act. TTB has explained that products that do not meet these definitions are not subject to the requirements of parts 4 or 7 of the TTB regulations and, instead, are subject to Food and Drug Administration (FDA) labeling regulations, under the Federal Food, Drug, and Cosmetic Act (FD&C Act).

FDA and TTB Memorandum of Understanding.

In its final rule, TTB also took the opportunity to clarify the responsibilities of the FDA and TTB, or its predecessor known as Bureau of Alcohol, Tobacco and Firearms (ATF) that pertain to alcoholic beverages. In short, TTB continues to defer to FDA on issues of ingredient safety, food contact material safety, and adulteration under the FD&C Act.

Per its final rule, TTB maintains its longstanding position that if FDA has determined that an alcohol beverage product is adulterated under the FD&C Act, then the product is mislabeled within the meaning of the Federal Alcohol Administration Act (FAA), which TTB administers, even if the bottler or importer of the product in question has obtained a COLA (“Certification/Exemption of Label/Bottle Approval”) or formula approval from TTB (see Industry Circular 2010-8, dated November 23, 2010, entitled “Alcohol Beverages Containing Added Caffeine.”).

The 1987 Memorandum of Understanding (MOU) between FDA and TTB’s predecessor agency, ATF, specifically states that TTB will have primary responsibility for issuing recall notices and monitoring voluntary recalls of alcoholic beverages that are adulterated under FDA law or mislabeled under the FAA Act by reason of being adulterated. Today, this MOU remains in effect between FDA and TTB.

Therefore, industry must comply with TTB regulations, as well as all other applicable federal and state requirements, including FDA regulations that govern alcoholic beverages.

As the COVID-19 pandemic continues, local jurisdictions across the country have relaxed local laws that govern alcohol. For example, in response to slow sales at restaurants, states like Texas, Florida, Missouri, Kansas, Indiana, Kentucky, and Ohio are now planning to allow restaurants licensed to sell alcohol to deliver cocktails and other alcoholic beverages, some indefinitely.

Moreover, states like Indiana, which had among the most restrictive alcohol laws in the country prior to the COVID-19 pandemic, have now deemed alcohol stores as an “essential service.”

Many states, like Kentucky, are also modernizing their laws to allow direct-to-consumer shipment of beverage alcohol from brewers, vintners, and distillers.

In August 2020, New York Governor Andrew Cuomo signed legislation authorizing the manufacture and sale of ice cream and other frozen desserts made with liquor in New York State.

Thus, it appears that, as the pandemic continues, industry will have more flexibility to market innovative products and comply with TTB’s updated regulations.