How Can We Streamline Stability Testing for Medical Packaging? 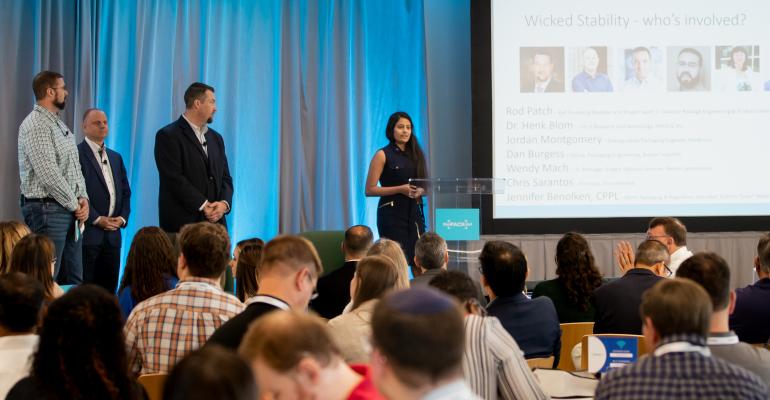 It began with a phone call. Rod Patch, senior director packaging engineering & product labeling at Johnson & Johnson Vision, called Jordan Montgomery, distinguished packaging engineer at Medtronic, and asked him how many stability studies his company was failing. The answer was none. Patch contacted other colleagues, and their answers were as unwavering as the results of their stability studies: The tests never failed, begging the question: Why do we keep repeating them?

Patch and his colleagues felt there had to be a way to prove the inherent stability of certain packaging materials, thereby forgoing redundant stability testing activities. This idea led to the genesis of Wicked Stability, a project funded by Kilmer Innovations in Packaging (KiiP) to design a new, less burdensome method of predicting stability for sterile barrier systems.

Something wicked this way comes.

The term “wicked stability” is new to the industry. To some medical industry packaging professionals, “wicked” is an adjective that has special meaning. A couple of years ago, Laura Bix, Ph.D., Assistant Dean of Teaching, Learning, and Academic Analytics at the College of Agriculture and Natural Resources, and a Professor at the School of Packaging at Michigan State University, gave a presentation on medical packaging that emotionally connected with that audience (referred to as the “unicorn” speech). She used “wicked” to describe a current vexing issue. A group of attendees at that session have picked up this term as a nod to Bix’s insight, leadership, and inspiration in packaging and use it to describe other issues challenging medical packaging professionals.

At the[PACK]out conference session, “Wicked Stability: Re-imaging Stability,” Patch and fellow Wicked Stability team members Dan Burgess, Fellow, Packaging Engineer at Boston Scientific, and Henk Blom, Ph.D., VP of Research and Technology at PAXXUS, discussed the wicked problem, the science of material stability, and how oxidative induction time (OIT) can help to assess the level of stability in a material.

In pursuit of a common threshold that would allow testing to start at some other test point than zero, the team discussed the possibility of creating an open-source database of sterile barrier packaging systems. DuPont’s Medical Packaging Transition Project (MPTP) — in Patch’s words, the largest treasure chest of information ever created in our space — was an obvious choice, but MPTP’s three-way non-disclosure agreement proved challenging to get around.

“There’s resistance, hesitation, reluctance to unlock that data and release it to the world,” he said. “And, unfortunately, at this time we’re still in negotiation; we’re still trying to get access to that information.”

“We’re still in negotiation; we’re still trying to get access to … the largest treasure chest of information ever created” on sterile barrier systems.

Although the team hasn’t given up on the idea of creating a shared database of information, it is focusing its efforts on finding other tools to predict stability.

Following Patch’s opening, Blom took to the podium to explain the degradation process using a common material; low-density polyethylene (LDPE). To stop the degradation process, manufacturers formulate resins with antioxidants to maintain the stability of the polymer chain. Over the lifecycle of a resin pellet, that antioxidant concentration slowly decreases as the resin undergoes various processes including extrusion, lamination, heat sealing, and sterilization.

Next, Blom walked attendees through two methods used to measure antioxidant concentrations: a direct method called HPLC (high-performance liquid chromatography) and an indirect method called OIT (oxidative induction time) used to assess the level of stabilization in the material being tested. The latter is the Wicked Stability team’s method of choice for validating material stability. According to Blom, the team is still working on figuring out the variability of the method. But an ASTM test method for OIT already exists: D3895-19.

And whether or not their work develops into a standard or a published paper remains to be seen.

“We’re still working through that process,” Burgess told attendees. “But we want to have a data-driven and science-based approach that we can share with everybody so that this tool, or set of tools, can be used by others in the future to expand on the work.”

“We want to have a data-driven and science-based approach that we can share with everybody.”

Throughout the session, Patch, Blom, and Burgess appealed to the audience for their input and guidance.

“One of the things we need from you is to tell us where the holes are in the approach that we’re thinking about,” Blom said. 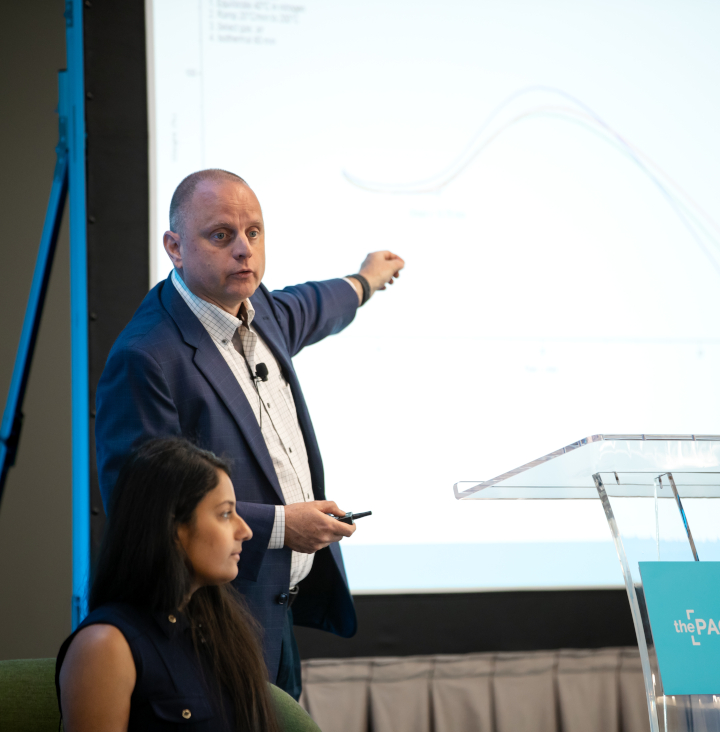 “One of the things we need from you is to tell us where the holes are in the approach that we’re thinking about.”

Henk Blom, Ph.D., VP of Research and Technology at PAXXUS

Burgess encouraged the audience to take advantage of opportunities, such as KiiP, Institute of Packaging Professionals (IoPP), and standards organizations, to collaborate with others and make improvements in the industry. He emphasized that, by working together as a team, they can move this project forward in a much shorter time than they could have done working alone.

“If we all collaborated, we could maybe come up with a different way to approach this stuff, and then we could spend more time on things that we should be focused on: true innovation, differentiating products, that type of stuff,” Burgess said. “These things, like we’re talking about here, where we just keep checking the box, let’s do less of that, and let’s do more of the things that are really improving patient safety, patient lives, and getting people excited about their work.”

To learn more about the Wicked Stability project or to get involved, reach out to the team through the Kilmer Innovations in Packaging (KiiP) LinkedIn group.