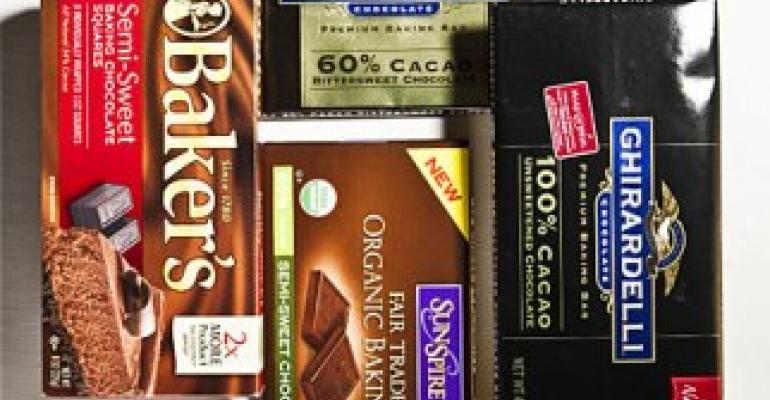 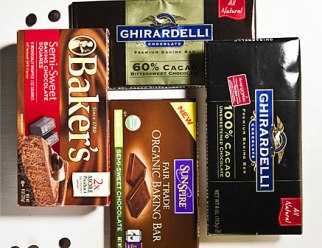 These days, choosing a chocolate can be as complicated as choosing a wine or coffee, with labels boasting cacao percentages plus words such as artisan, single origin, organic and bean-to-bar.

What words matter (and what's simply marketing) for those choosing a chocolate for a favorite cake or mousse recipe, especially when prices on cooking varieties we checked ranged from 42 cents an ounce to more than twice that?

"All the stuff on the labels is very good information, and it's very good for consumers to have," Greweling says. "But you have to know what it means - and what it doesn't mean."

"In a dark chocolate, it means the remaining 15 percent is essentially sugar. The higher the (percentage) number is, the less sweet the chocolate will be. And that effectively is the only thing that that number tells you," he says. "It doesn't mean it's going to taste good or if it's made well or if it's smooth or delicious. It tells you how relatively sweet it is. That's all."

"Artisan" is all over labels these days including chocolate. What's that about?

"It's becoming an important trend in chocolate," Greweling says. "There used to be only a couple of chocolate manufacturers in the country. Now people are starting these small businesses where they are actually manufacturing bean-to-bar small batches of chocolate.

"Being artisan, small-batch made doesn't make it good. Some of these people make a chocolate that is not very good, and some of them make chocolate that is excellent. What makes the difference? They can source exactly the cocoa bean they want. They are not as concerned about buying huge lots. They can pay very close attention to it. And they can tweak their formulas. ... It's that small batch, craft mentality that allows you to produce things that couldn't be done on a large scale."

"Single origin" seems to be another buzzword?

"The origin of the chocolate does tell you something about the flavor profile. Venezuelan beans as a rule tend to have a rather fruity flavor to them whereas beans from Ghana are likely to have a much more strong cocoa type of flavor to them," he says. "But that doesn't really tell you whether the chocolate is good or not. A chocolate is not good just because it's single origin. And many people feel you can probably make a better chocolate by blending beans to get more complexity."

So what makes a great chocolate?

"Like wines, different varieties of cocoa beans provide different flavors and different types of chocolate," Greweling says. "It depends on geographic location. It depends on how the beans were fermented and dried. It depends on how they were roasted. It's so much like wine in that you start with a very basic agricultural product and by the time you're finished you can either make a boxed wine for $12 from one type of grape or you can make a bottle of Opus One for many hundreds of dollars from another one. It depends on the same types of factors."

Any guidelines for cooks and bakers?

"It depends on what you like. And what you're using it for. In something like a mousse when chocolate is not going to be baked or cooked, I would opt for the best quality chocolate I could get. Because there you're really going to taste the chocolate. The percentage you opt for is up to you. The higher the percentage, the more chocolate flavor you're going to have in the mousse in general.

Percentage: "A combination of chocolate liquor and cocoa butter."

Flavorings: "Manufacturers can put any flavoring they want in chocolate as long they state it on the label and as long as it doesn't mimic the flavor of chocolate."

Lecithin: From soybeans. "It improves viscosity of the chocolate, which means it makes it thinner and it flows better."

Vanillin: "A main chemical component in vanilla. Vanillin can be manufactured, so it's much less expensive than using actual vanilla."