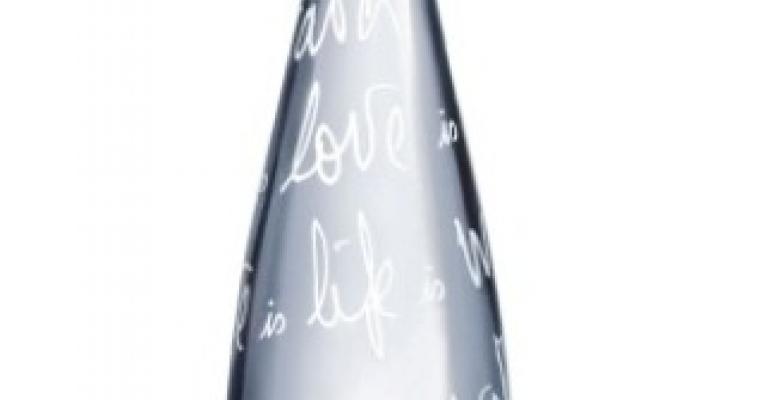 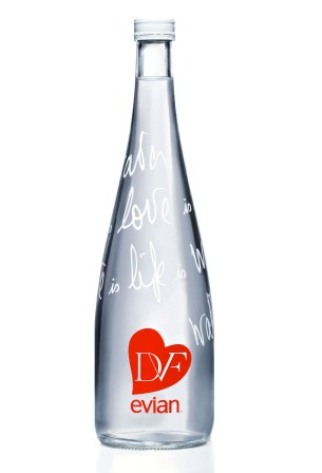 evian Natural Spring Water carries on its celebration of youth and purity with the release of the newest addition to its limited edition bottle collection by iconic American designer Diane von Furstenberg.

evian's latest limited edition bottle by Diane von Furstenberg reflects a playful celebration of life and features a nod to the designer's iconic mantras with, "Water is Life is Love is Life is Water is...," gracing the bottle in her distinct handwriting. Von Furstenberg drew inspiration from her personal relationship with evian water and her own love of life. The result is a unique design that combines evian's commitment to purity with DVF's youthful and optimistic philosophy.

"Diane von Furstenberg is a globally-recognized pioneer in the fashion industry through her eponymous DVF brand and has also established herself as an icon through her philanthropic ventures and mentorship as president of Council of Fashion Designers of America (CFDA). Her design for evian's latest limited edition bottle symbolizes von Furstenberg's youthful mindset and inspirational way of life, while perfectly embodying evian's Live Young attitude and brand values," said Martin Renaud, President of evian Volvic World.

Diane von Furstenberg is the first American and female designer to be appointed for this bottle design collaboration. evian's limited edition bottle by Diane von Furstenberg is printed in organic ink and features the designer's ubiquitous heart DVF logo in a special hue of red, created exclusively for the evian collaboration. The bottle, composed of 100% recyclable packaging, is sealed with evian's new screw cap design.

"I am so excited about this collaboration because I have always loved evian and I think drinking water is one of the most important things we can do to love ourselves and love is life! To me it is all about living life to the fullest and I am so proud to work with evian to spread such an important message," said Diane von Furstenberg.

Just in time for the 2012 holiday season, the DVF-designed bottle will be sold from November online at shop.evian.us, and at select restaurants and hotels, including Sofitel Luxury Hotels nationwide.

Since 2008, evian has collaborated with the world's most esteemed designers including Issey Miyake, Paul Smith, Jean Paul Gaultier, Christian Lacroix and Courrèges. To date, 10 million Limited Edition bottles have been sold and distributed to over 150 countries worldwide.