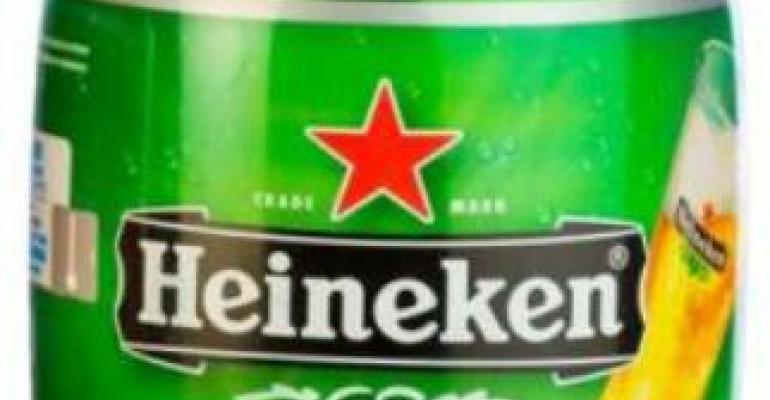 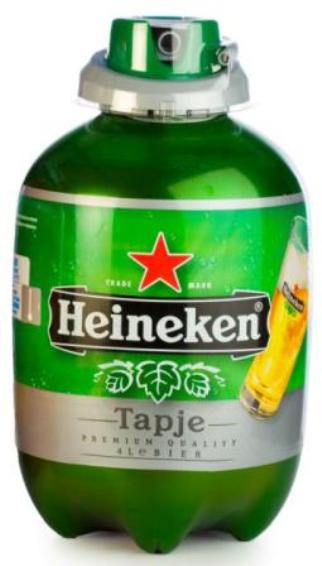 The Pack-Track Innovation of the Month accolade goes to Heineken Tapje, a 4-L take-home keg of beer that is easy to use and more attractive in its appearance than many other kegs currently on the market. The rounded PET body makes full use of the green color associated with the Heineken brand and ensures that it stands out on the shelf in store.

The beer remains fresh for up to 30 days after opening and is dispensed under 1 bar of pressure via an aerosol system with a lever-style tap actuator that is very easy to operate and quite intuitive to use. For ultimate consumer friendliness, there is even a thermo-chromic indicator on the label, signaling that the beer has reached the optimum temperature for drinking.

Pack-Track Global Packaging Innovations Director Andrew Streeter said about this pack, "I am sure there will be a lot of commentary about the technical innovations of this new Heineken draft beer pack, but over and above that is the fact that this is the first pack that truly makes draft beer at home accessible. Previously it has been packed in metal kegs which, with 5 L of beer inside, are heavy and bulky, not really fridge friendly and require a bit of muscle to handle.

"This pack is much lighter in weight and really looks the part. It's curvy, clean, a bit see-through and, with lots of on-pack usage features, it's overtly modern and will fit comfortably in the fridge. It works well and fulfils many needs of a contemporary Packaged Brand.

"We have been following this pack format since its first launch under the Maes brand in the Netherlands and have been impressed, although not wholly, as under our tests and deconstruction the beer is rather foamy and the tap drips after closing off. An easier means of carrying the pack might also help open up the market for the (lighter built) female user, so I suspect there will be some improvements to come but that said, it's a big step forward and what I regard as a game changer in the beer market."