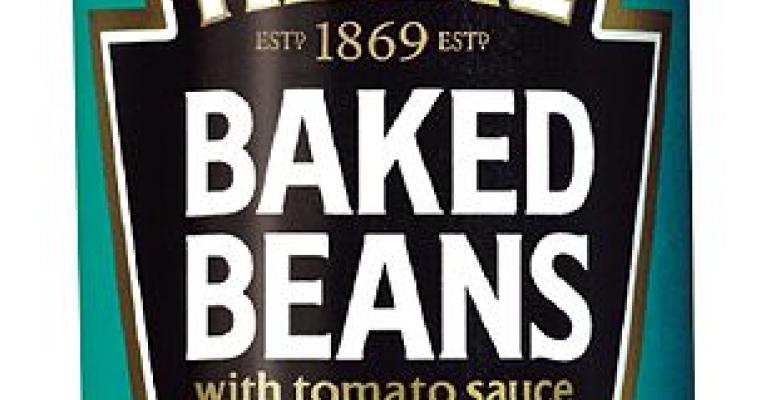 H.J. Heinz Co. is turning to smaller, less-expensive packages for its namesake ketchup and sauces and bringing baked beans back to the U.S. market as it tries to generate more sales in a tough economy. The moves come as the food maker posted weaker-than-expected quarterly sales and lowered its expectation for its full-year gross margin.

The maker of Heinz ketchup, Ore-Ida frozen potatoes and other packaged foods cited sales weakness in Australia and its U.S. food service business, which it said hasn't recovered as quickly as expected. In an effort to adapt to a more difficult operating environment, particularly in developed markets, Heinz said it will close three more factories around the world in addition to closings it already announced.

Heinz will also introduce a range of smaller-size, less expensive products in the United States that will give it a bigger presence in dollar stores, where cash-strapped consumers are doing more of their food shopping.

To appeal to U.S. consumers with tight grocery budgets, Heinz is launching a 10-ounce pouch of ketchup for 99 cents, a nine-ounce package of mustard for 99 cents and a one-pound package of Ore-Ida french fries for $1.99.

CEO Johnson said the smaller packages are expected to boost sales since they should appeal to consumers who were not buying Heinz' products before, such as dollar store shoppers. They should also be largely neutral or beneficial to its profit margins, he said.

In addition, Heinz is bringing back its canned baked beans to the U.S. market after an absence of several decades.

"We believe this is the right time for the return of this convenient, nutritious, and value-oriented classic," Johnson said.

"Consumers have been turning to comfort foods during the recession," he said.