How Brewer Rebuilt its Brand With New Packaging Look 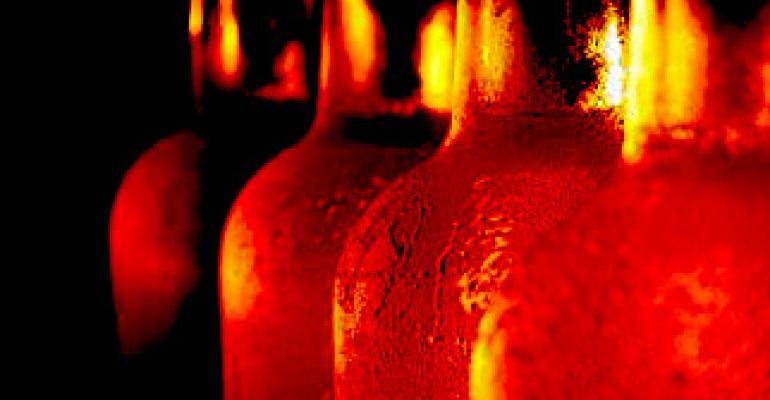 High Falls Brewing Co., Rochester, NY, knows that craft beer drinkers are not the follow-the-crowd kind. In order to reflect the same individuality in its own craft beers, the company has given a fresh look to its line of JW Dundee craft offerings.

“The new name and new packaging for Dundee Ales and Lagers symbolizes the renewed energy and innovation we're putting behind our brands,” says Patrick Magallanes, vp of marketing at High Falls Brewing Co.

Genesee introduced JW Dundee's Honey Brown lager in 1994, and the lager, which won a gold medal at the 2004 World Beer Cup, has proven to be one of its most popular brews.

In 2004, Pale Ale and Amber Lager were added, making the JW Dundee name a true craft brewing family, and by 2006, the company had introduced the JW Dundee Craft Pack which contains two each of six flavors and JW Dundee Brewmaster's Collection, which is a 24-bottle variety pack. Bottles of Dundee beer feature the brand's original flagship product, Honey Brown Lager, and include year-round offerings of Pale Bock Lager, Porter, Wheat Beer, Pale Ale and IPA. Four seasonal Dundee ales and lagers, including a new Marzen-style lager called Oktober-fest, are also offered throughout the year.

Each bottle of Dundee beer features a redesigned label that reflects the individuality, personality and flavor of the craft beer inside the bottle. The paper labels, which are applied by a cold-glue labeling process, are supplied by WS Packaging Group, Inc.-Seneca Sales (www.wspackaging.com). The four-color labels are printed on a traditional offset-printing press.

Dundee Ales and Lagers also features new corrugated packaging for its Dundee Honey Brown as well as for its seasonal Dundee Craft Pack and Dundee Brewmaster's Collection. The cases, which are supplied by Koch Container (www.kochcontainer.com), consist of a five-color, printed, solid-bleached sulfate top sheet that is laminated to a single-face corrugated sheet.

The Craft Pack and Brewmaster's cartons feature a printed image on all four sides that looks as though the panel of the box has been cut away to expose the bottles inside. The new packaging includes a flavor matrix to help educate consumers on the different styles of each beer. In addition, Dundee Ales and Lagers also will feature new packaging for its Honey Brown and seasonal individual six-packs. Carriers for individual six-packs are supplied by MWV (www.mwv.com).

The new cans for Honey Brown Lager, which is the only canned beer in the line, reflect the company's pride in its flagship product. Supplied by Ball Corp. (www.ball.com), the new cans feature Ball's exclusive new Eyeris® proprietary, enhanced beverage-can printing technology, which it says brings improved definition and fine detail to beverage can graphics to create premium product differentiation.

Eyeris is an offset-printing process that can use up to six colors. According to Jennifer Hoover, marketing communications manager at Ball, Eyeris technology makes it possible for existing offset-printing equipment to “hold higher and tighter line screens and smaller dots.”


She continues, “This results in a greatly increased level of detail in the graphics, which, in turn, enables the use of far more realistic images on cans. For example, now images of people printed on the cans look more like photographs and can have realistic skin tones—something that cannot be done with conventional beverage-can printing.”

Ball has achieved a 150-line/in. screen on the Dundee Honey Brown can, which is very high, and is likely the first time that's been achieved in full-production beverage-can printing on offset presses.

“Our new packaging initiative was to correctly position the Dundee portfolio within the craft beer category,” says Magallanes. “When we were looking at options for production on our cans, it was quite clear that Ball's Eyeris technology would give our Dundee Honey Brown package the most authenticity as a craft beer in a craft can.”

Along with its new look, Dundee brands is supported by trial and sampling promotions designed to reintroduce consumers to the brand. A full complement of materials support the relaunch of the brand.