Lawsuit: How much does picture of fruit imply premium juice? 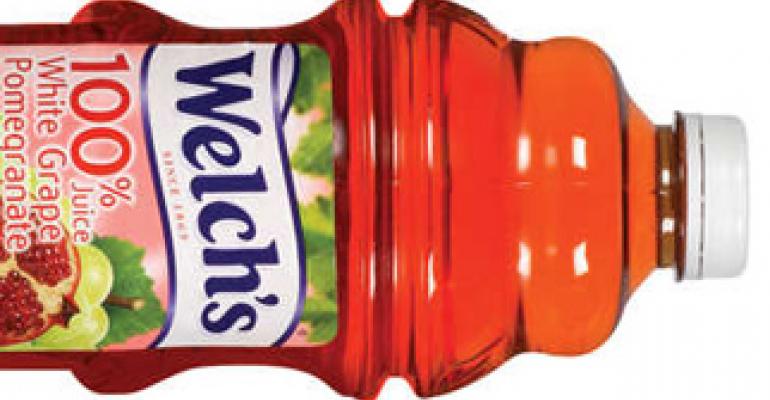 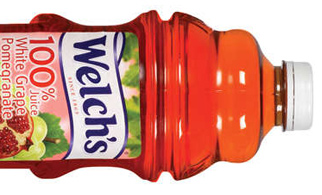 The verdict is the culmination of a nearly two-week trial during which rival juice brand POM Wonderful argued that Welch's misleading labeling was a violation of the Lanham Act, which allows businesses to seek relief from competitors who are engaging in false advertising. POM Wonderful sells 100% pure pomegranate juice.

"We view today's verdict as a clear win for consumers who are constantly bombarded by deceptively labeled products marketed by big juice companies," said POM Wonderful President Matt Tupper. "Based on their cleverly designed labels, these products appear to contain large quantities of exotic and healthy juices when in fact nearly all of the ingredients are cheap filler juices. The primary objective of our lawsuit against Welch's was to raise awareness of this widespread practice in the juice industry, and we are happy to have achieved this important goal."

During the trial, POM successfully demonstrated that the product's labeling, which features large, prominently placed images of pomegranates on the front label, was intentionally designed to trick consumers into believing the product contained a substantial quantity of pomegranate juice.

During the initial phase of trial, in which the judge did not permit testimony from POM's damages expert, the jury did not find that POM sustained injury due to the deceptively labeled Welch's product.

"We regret that Welch's was not penalized financially at this point in the proceedings, but we will continue to pursue all avenues of relief," said Tupper. "There needs to be severe consequences for Welch's actions, and we believe that had we been able to demonstrate the extent to which POM's business has been harmed, the jury would have ruled in favor of damages."

Tupper said his company will continue to market POM Wonderful Pomegranate Juice as exactly what it says on the label: 100% pure pomegranate juice.
"POM has always been an advocate of honest labeling, and we hope the evidence in this trial sends a clear message to packaged food manufacturers that it's time to be fully transparent with consumers about what their products truly contain," added Tupper.