Symmetry is popular in minimalism because it’s easy to understand. Humans often like symmetrical things, which we associate with:

For packaging, symmetry is most common in shapes rather than colors. The drink packaging above has six colors, including the white background, which is quite aggressive for a minimalist design. However, most of those colors are part of a symmetrical pattern, showing up for the same amount of space.

The text on this can is an orange-yellow hue matching one of the squares. The effect is similar to our negative space example, where we look at the symbol first, then up to the optimistic text and the product name.

On another level, the symmetrical design is memorable and large enough that you can spot it at a distance. This product is one you might see in a store, so having a pale background with a darker symbol makes it easier for this can to stand out in a busy environment.

Vertical lines are prevalent in minimalist symmetry. This area is where minimalist and maximalist designs are notably different, especially when you start adding cuts in typography and the position of light, shadows, and objects.

Symmetry has one other attribute we can see in the image above: combining several colors into one shape.

While we recognize the five colors in the X, we treat it first and foremost as one symbol with several parts rather than five squares in a pattern. Symmetry reduces complexity, which is why it’s a cornerstone of the minimalist approach. 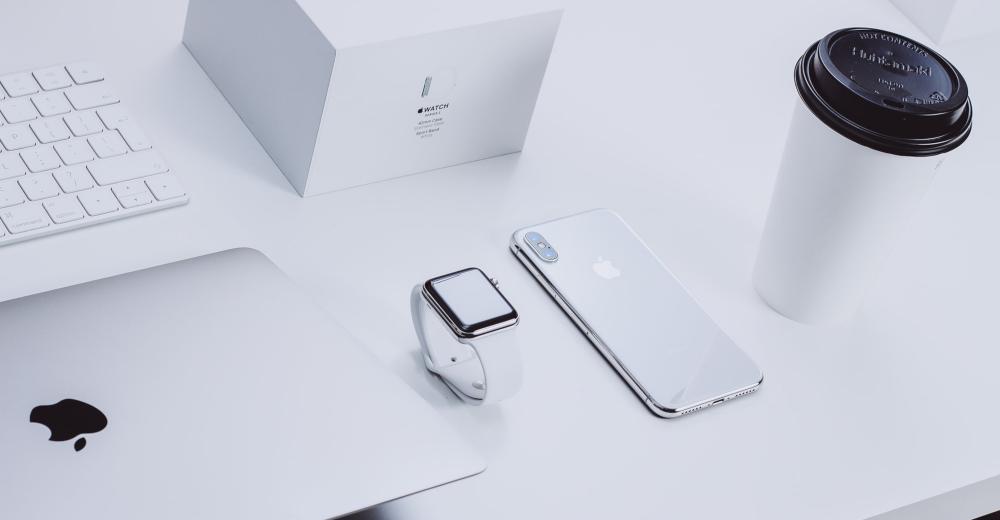