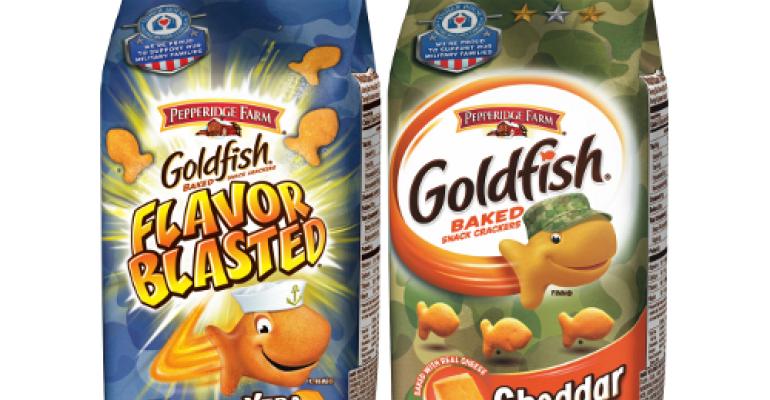 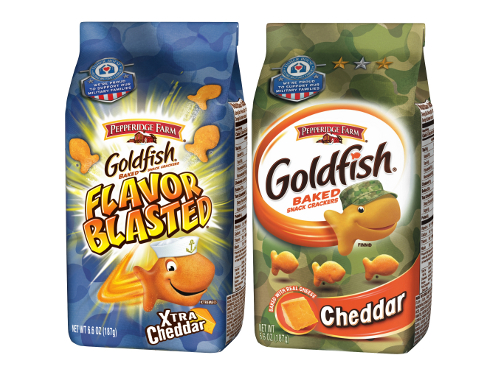 To honor those who serve in the U.S. Armed Forces, the Pepperidge Farm Goldfish brand has announced its $25,000 donation to the Fisher House Foundation and limited-edition packages of Goldfish crackers that celebrate the Armed Forces with special military-inspired graphics and the Fisher House logo. The packages will be sold in military commissaries and exchanges domestically and abroad.

The donation will be used for the Foundation's Scholarships for Military Children program which helps U.S. military families worldwide pay for their children's college expenses. The scholarships are designed to recognize the important role of the commissary in the U.S. military family community and are primarily funded through the generosity of manufacturers and suppliers whose products are sold at military stores.

Since its inception in 1990, the Fisher House Foundation has served more than 180,000 families, providing "a home away from home" for families of patients receiving medical care at major military and VA medical centers.

"Pepperidge Farm has been selling Goldfish crackers, Milano cookies and our breads and rolls to military families via commissaries and exchanges for many years, but we wanted to do more," says Michele Hoover, national account manager-military at Pepperidge Farm. "It's our way of honoring and saying ‘thank you' to all those families who currently serve or have served in our military. We appreciate all their sacrifice to protect and serve our country."

"The Fisher House Foundation is so grateful for the support of the Goldfish brand, and we are delighted to partner with Goldfish crackers for this special promotion," says Fisher House Foundation vp Jim Weiskopf. "As commissaries continue to serve military families worldwide, this partnership allows us to deliver even more snack time smiles to our nation's heroes and their families."

For more information on the Fisher House and its Scholarships for Military Children program, visit www.fisherhouse.org.