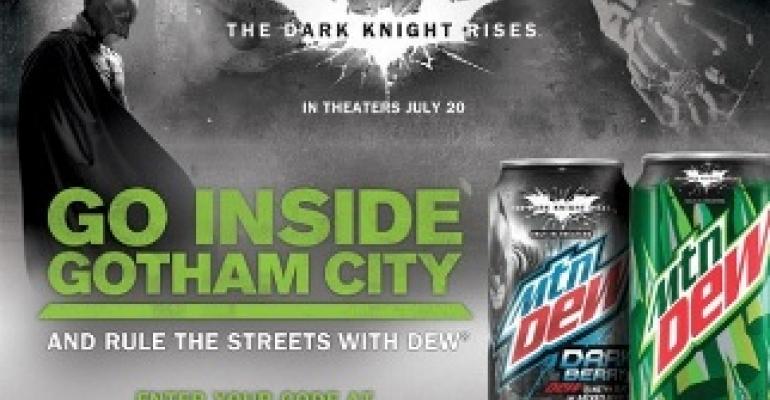 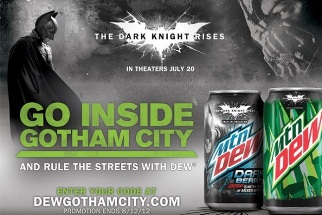 The Bat-Signal soars above the skies as Warner Bros. Consumer Products (WBCP) and its global partners launch the worldwide licensing and merchandising program that supports the eagerly awaited epic conclusion to filmmaker Christopher Nolan's phenomenally popular Dark Knight trilogy, The Dark Knight Rises. As the summer blockbuster swoops into theaters, beginning July 20, WBCP unveils the unprecedented lineup of global licensees and products capturing the excitement for the film around the world.

"Batman is one of the most iconic characters in the world and our global merchandising program inspired by The Dark Knight Rises offers fans of all ages an opportunity to extend their experience beyond the theater," said Brad Globe, President, Warner Bros. Consumer Products. "The characters, gadgets and vehicles created by Christopher Nolan have opened up a world of great product opportunities."

In support of The Dark Knight Rises, WBCP and its host of renowned licensees are rolling out a vast product lineup generating awareness and enthusiasm just in time for the tentpole film's release. Led by global master toy licensee Mattel, the film will also be supported by key partners such as The LEGO Group, Hallmark, Kinetix, Converse, Rubie's Costume Company, and Titan Books, among many other licensees worldwide. The myriad of merchandise supporting The Dark Knight Rises will bring the film to life and into the homes of fans with a licensing program that boasts offerings across multiple categories from toys and games, to collectibles and costumes, to apparel and accessories, to publishing, party goods and domestic decor.

Mattel, global master toy partner for the film and DC Comics, will have a broad lineup as part of its Batman toy collection including action figures, playsets and collectible figures, highlighted by the fan-favorite Movie Masters line for the older fans and serious collectors, which captures the superior accuracy and details of the characters from The Dark Knight Rises. In addition, the authentic film-inspired toy line introduces the innovative play technology QuickTek, which offers snap-and-slide armor and accessories.

The much-anticipated film is also being supported by LEGO, the official partner in the construction category, with a construction set inspired by The Dark Knight Rises; Rubie's Costume Co., bringing a wide range of costume products based on the entire DC Comics portfolio, including The Dark Knight Rises; and Hallmark offering collectible ornaments.

Additional licensees also supporting the film include: PPW Toys' DC Super Heroes collectible line of Mr. Potato Heads, including a "Caped Cru-Tater" figure inspired by The Dark Knight Rises; Jakks Pacific with a range of film-inspired novelty and large scale figures and plush; and Cardinals Industries' games and puzzles based on The Dark Knight Rises and Batman, as well as other legendary DC Comics characters. Funko brings its fun stylized plush and vinyl collection; Mezco unmasks colorfully detailed vinyl figures; Hornby Hobbies revs it up with a Scalextric limited edition Batman Tumbler vehicle; Thinkway Toys brings their best-in-class innovation to a range of remote control vehicles, figures, and basic role play toys inspired by Batman and The Dark Knight Rises; and McFarlane Toys unveils a special edition collectible action figure of former Pittsburgh Steelers wide receiver and two-time Super Bowl champion, Hines Ward, in his Gotham Rogues uniform as worn in The Dark Knight Rises.
The licensing program for The Dark Knight Rises reaches multiple product categories. In apparel, high-end fashion from Kinetix and Kids Republic, to Braccialini's cat-walk Catwoman-inspired clutch, to trendy apparel from Bioworld, Junkfood, French Connection, Converse, New Era and Diesel, gives fans a chance to don the look with t-shirts, limited edition sneakers and caps, accessories and more inspired by the artistry and graphics from The Dark Knight Rises; as well as Under Armour with their specialty athletic gear as inspired by their Gotham Rogues uniforms in the film. Collectibles from Hot Toys, Kotobukiya, Mobius Models and Noble Collection offer discerning collectors a chance to display the most artistic and detailed figures and replicas; Mimoco offers cool-collectors' high-tech USB flash drives for all fans; and home goods from Franco, and more will bring Batman to life in any room in the house. In publishing, WBCP and its partners take an in-depth look at all of the vehicles, gadgets, uniforms and more as seen in Christopher Nolan's Dark Knight trilogy. Titan Books will bring the film to the page with its official tie-in novelization; Abrams releases The Art and Making of the Dark Knight Trilogy; HarperCollins caters to younger fans with a publishing program that includes a Junior novelization, I Can Read book series and assorted activity books; and Insight Editions lets fans and auto aficionados get into the driver's seat in Batmobile: The Complete History coffee table book about the iconic Batmobile through the years, as well as giving an inside look at the secrets to being Batman in The Dark Knight Manual.

Other licensees that are part of the exciting roll-out for The Dark Knight Rises program, including Lava Lite LLC, Skinit, Inc., Cufflinks, Inc., Graphitti Designs, The Northwest Company, Thermos, Trends International, Muckle Mannequins, Molli Toys and Bakery Crafts, among many others - each offering inspired product that will delight all fans.