Rocking chocolate packaging has a heart 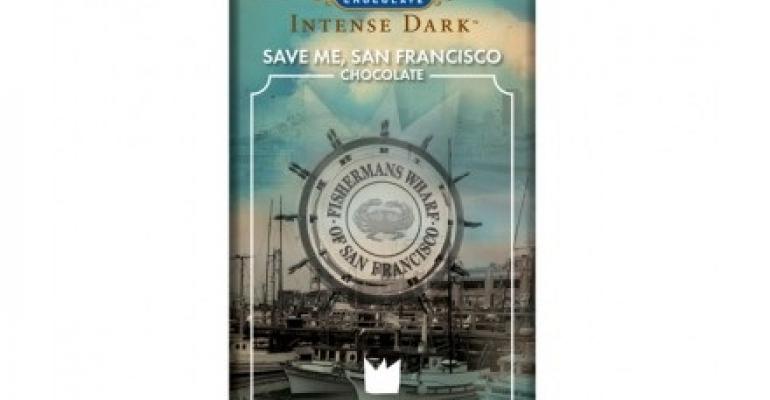 Ghirardelli Save Me San Francisco chocolate 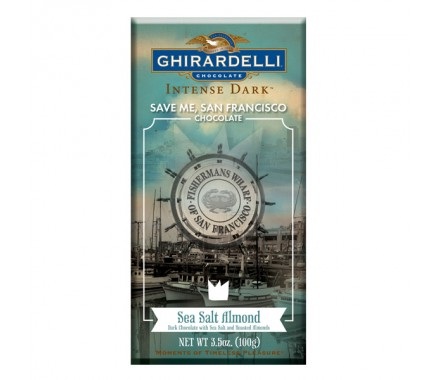 On the heels of the hugely successful Save Me, San Francisco Wine Co, comes Grammy-winning multiplatinum act Train's "Save Me, San Francisco" Premium Chocolate Bars in partnership with renowned chocolatier and San Francisco icon, Ghirardelli Chocolate Company. The bars will be premiered on "The Today Show," when Train appears in the Summer Concert Series on August 24th (8:00am NBC).

Train frontman Pat Monahan is a chocolate lover and longtime fan of Ghirardelli. After expressing his dream of a specialty chocolate with the acclaimed brand, Ghirardelli reached out to him and the "Save Me, San Francisco Chocolate" was born. 100% of Train's proceeds from the first production of the chocolate will go to the local Family House charity, which assists families of seriously ill children with housing (familyhouse.org).

"Life is sweet! We honor our San Francisco roots and help a great Bay Area charity (Family House) at the same time," says Monahan. "Partnering with Ghirardelli on the "Save Me, San Francisco" Chocolate is a dream come true that tastes incredible."

Dark Cabernet - The creamy mouthfeel of this smooth-melting dark chocolate complements the notes of ripe blackberries, finishing with the delightful essence of Cabernet Sauvignon grapes.

72% Cacao Dark Chocolate - This slow-melting, pure dark chocolate is highly aromatic, with mocha, blackberry and dark cherry notes throughout. With 72% cacao, the intense chocolate flavor is highlighted by the silky smooth texture and creamy mouthfeel.

The multi-platinum, award-winning band Train is currently on tour in support of its 2012 platinum release, California 37. The album has yielded two hit singles thus far, "Drive By" and "50 Ways To Say Goodbye." Train made its mark on music history with the Grammy Award-winning song "Drops of Jupiter (Tell Me)" and chart-topping singles like "Meet Virginia" and "Calling All Angels," earning its third Grammy in 2011 for the worldwide smash "Hey, Soul Sister" from Save Me, San Francisco. The top-selling single of 2010, "Hey, Soul Sister" hit #1 at radio in the US and in 15 countries abroad. Save Me, San Francisco has sold over one million albums worldwide and over ten million tracks. In addition to taking the sales and radio worlds by storm, Train has made numerous television appearances, performing on the NFC Championship Game, American Music Awards, the Grammy Nomination Concert, Crossroads, The Today Show, The Tonight Show with Jay Leno, Monday Night Football, A&E Private Sessions, America's Got Talent, The View, Dancing With The Stars, and Live With Regis and Kelly, Ellen DeGeneres Show, The Bachelor, Rachael Ray and more.