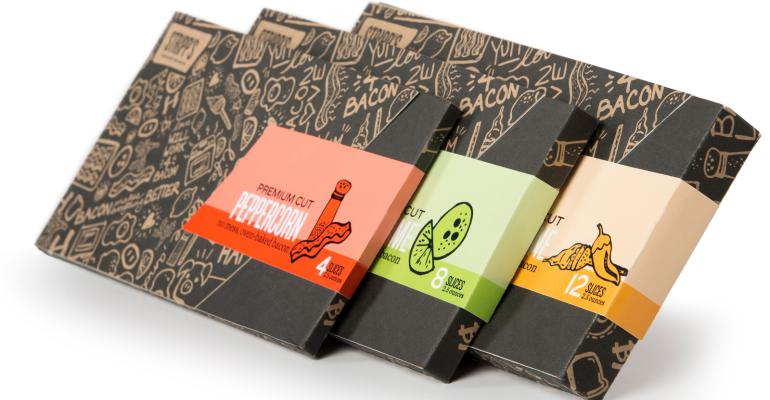 Does being smart, creative and enthusiastic trump being inexperienced? After judging the 48-hour Re-Pack student packaging design competition, I would say “Yes!” … and no.

Students enrolled in design or packaging-related programs at recognized colleges were challenged to create a new package for one of four products. This year, the products chosen revolved around a breakfast theme: eggs, bacon, maple syrup and coffee creamer.

Overall, I was impressed with the work the students did, especially considering they had just 48 hours to get it all done. Only one or two of the entries looked like the teams threw something together at the last minute or lacked talent to do any better. Most of the entries were well thought out in at least one area, like graphics or branding. Several fired on all cylinders. See for yourself at http://48hrrepack.com/past-contests/2014-5/.

Congratulations to the top three teams, which earned $3,000, $2,000 and $1,000 for 1st, 2nd and 3rd place respectively from the Southeastern Chapter of the Institute of Packaging Professionals, the competition organizer. The Chapter presented checks to the winners at its NextPack conference on April 24 in Atlanta:

2nd—Marcus Mrazeck, James Couvillion, Ehrick Haight III and Richard Zarnoch from Clemson University. Their "Nest" eggs nestle safely in a die-cut paperboard carton that can be bought as one 8-count package or be split into two 4-count packs. Ingenious how they accommodated the different bar codes.

3rd—Stephanie Del Rosal and Drew Shields from The Creative Circus. Their “Fat Stacks” bacon package keeps each piece of bacon separated with a wax paper liner so they can be stacked in a compact carton. Even when frozen, the slices can be easily removed and placed in a pan without getting hands greasy.

While it was refreshing to see the creativity and enthusiasm from these young adults, those qualities will only carry an idea so far. Will their concepts work in the real world? Just because they were able to make a couple prototypes doesn’t mean the package is able to be manufactured.

After having judged the 30+ entries, my advice to the students is two-fold:

1. Learn about the business (profitability) of the company/brand/product and how packaging helps advance it.

2. Get out into the manufacturing plants! Creativity is boosted, not hampered, by knowledge of packaging line capabilities.

If they don’t make it in packaging, some of these students might have a career in the film industry. The videos are quite professional and entertaining!