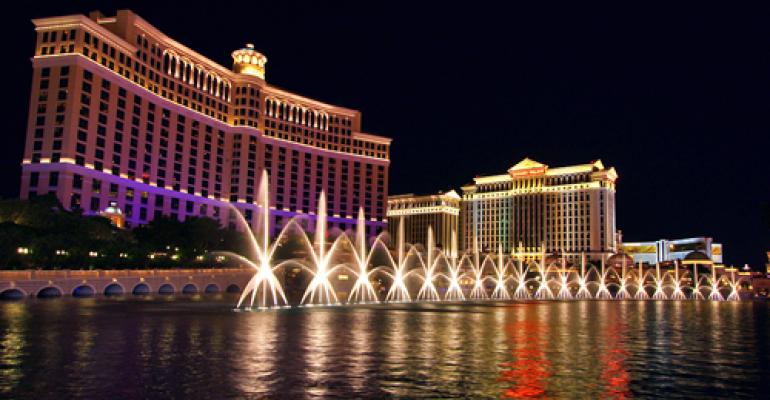 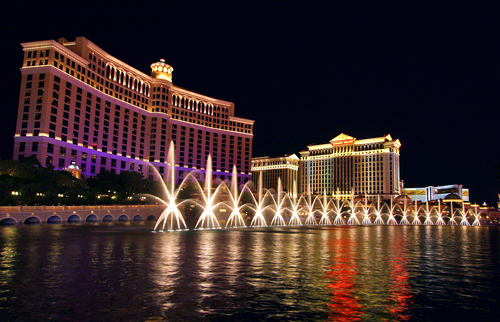 While PACK EXPO Las Vegas 2013 has an exciting lineup at its three-day show, there is just as much going on outside the convention doors when you have time to taste the local flavor. Here you will find an eclectic list of things to do while you spend your time away from the show floor.

If you are not one of the 40 million people who have attended at least one performance of the enterntainment troupe Cirque du Soleil, then you have been missing out. The touring Quebec-based global phenomenon also permanently resides in Las Vegas with an impressive eight shows that play to more than 9,000 people a night-5 percent of the city's visitors. Overall, they have 19 shows in production worldwide.

The current Las Vegas resident shows-O, Michael Jackson, ONE, Mystère, The Beatles LOVE, Zumanity, CRISS ANGEL Believe, Zarkana, and KÀ-can be found at several resorts and discounted tickets are everywhere, including online. In fact, they might even be part of your lodging package.
Not feeling up to forking out the big bucks for a show? Visit the fountains outside the Bellagio for a complimentary show of water, music and light seamlessly orchestrated to captivate its audience. These magnificent aquatic shows begin at noon on the weekends and 3:00 p.m. Monday-Friday. Shows happen every half hour until 8:00 p.m., and then every 15 minutes through midnight. Musical selections vary from opera, classical and Broadway tunes., including selections such as "Time To Say Goodbye," "Your Song," "Viva Las Vegas," "Luck Be a Lady" and "My Heart Will Go On." Prior to the show's start, the nozzles break the water surface and the lights that light up the hotel tower turn to a purple hue or red-white-and-blue, depending on the music that is queued up.

Another popular attraction on the strip is The Sirens of TI, which is also a free outdoor show located at the entrance of Treasure Island Hotel & Casino. Here you can experience music and dance, along with sword-wielding pirates who engage in battle amidst thrilling pyrotechnics. Also, take in the sights of a sinking, full-scale pirate ship. Show times begin at 5:30 p.m. and run every 90 minutes until 11:30 p.m. (weather permitting).

Perhaps you desire something more relaxing and scenic, then be sure to visit the expansive atrium known as the Bellagio Conservatory and Botanical Gardens to wind down from show floor excitement. Here you will discover breathtaking gardens that showcase a variety of visually-stunning plants, flowers and trees from all over the world, recreated for every season. Visitors can enjoy live musical performances daily from 5:00 p.m. to 6:00 p.m., from the Victorian Gazebo in the South Garden. The Autumn Harvest viewing features several varieties of chrysanthemum and large pumpkins throughout the display and runs from Sept. 14 to Nov. 30. Guests are welcome to take a stroll at their leisure since the exhibit is open to the public seven days a week, 24 hours.

Or, for all you thrill-seekers who desire an adrenaline rush, check out The Roller Coaster (formerly known as Manhattan Express) at the New York-New York Las Vegas Hotel & Casino. Once belted in, the New York taxicab-themed ride will lift you up 203 feet, drop you down 144 feet and have you coasting at 67 mph. Hours are 11:00 a.m. to 11:00 p.m. on Sunday-Thursday. On Friday-Saturday you can catch a thrill anywhere from 10:30 a.m. to midnight. Afterwards, loosen up and take a walk throughout the property, which is considered the best of New York condensed into 2,417,643 sq ft.

No trip to Vegas is complete without a gondola ride at The Venetian, where you can escape the casino noise as you float along Venetian-created indoor canals to the tune of your singing gondolier. Gondola rides occur daily at the Venetian Hotel, which is located in the center of the Las Vegas Strip. The gondola rides last 14 minutes and cover about a half mile of water. Fifteen minutes before the rides begin, gondoliers sing in front of the lagoon, which is another big attraction.

When you're done, if you have time, don't miss out on Madame Tussaud's Wax Museum, which is also at The Venetian. Here you can check out up-close and personal wax creations of your favorite Hollywood celebrities, musicians, legends, cultural icons and TV and sports stars-all in one place. The museum is open 365 days a year starting at 10:00 a.m. and the last ticket sale is at 9:00 p.m.

Last but not least is the Shark Reef Aquarium at the Mandalay Bay, which is host to more than 2,000 animals in 1.6 million gallons of water. The diverse population includes sawfish, giant rays, endangered green sea turtles, piranha, jellyfish and the rare golden crocodile, just to name a few.

The newest additions to the aquarium community are a male and female Bowmouth Guitarfish, most commonly known as Shark Rays. There are less than 12 Shark Rays on display in U.S. aquariums, so take an opportunity to check these guys out while in town! Hours are from 10:00 a.m. to 10:00 p.m. Last call for admission is at 9:00 p.m.