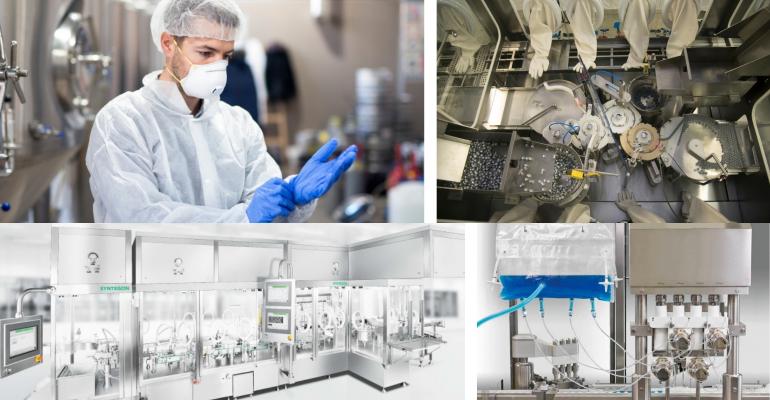 Anything injected into our bodies must be pathogen and particle free. Pharmaceutical and biopharmaceutical manufacturers assure this with aseptic manufacturing and packaging processes.

Aseptic processing cleans and sterilizes the product, container, closure, machine components, and anything else that touches the product prior to manufacturing. Then it puts everything together without contaminating it.

People are the dirtiest part of the process and the most difficult to control. We are particle and germ producing machines. The key to aseptic processing is keeping people and product separated.

Separation begins with gowning. This is an elaborate process that encases the operator in a sterile cocoon. It’s not cheap. One engineer has estimated that a complete gown set of coveralls, hood, booties, and more costs more than $10. The typical operator will gown at least twice a day. It’s not fast either. It typically takes an experienced operator five to 10 minutes to cycle through the gowning process.

Various technologies exist today for pharma and biopharma manufacturers: (1) full Class 100 cleanrooms, (2) isolator machines, (3) Restricted Access Barrier Systems (RABS), and (4) single-use systems. Which one will be right for you?

Cleanroom technology was originally developed in the 1960s for the aerospace and electronics industries to prevent particulate contamination of micro components. Bacteria are particles and the pharmaceutical industry quickly realized that this technology could assure sterile air. 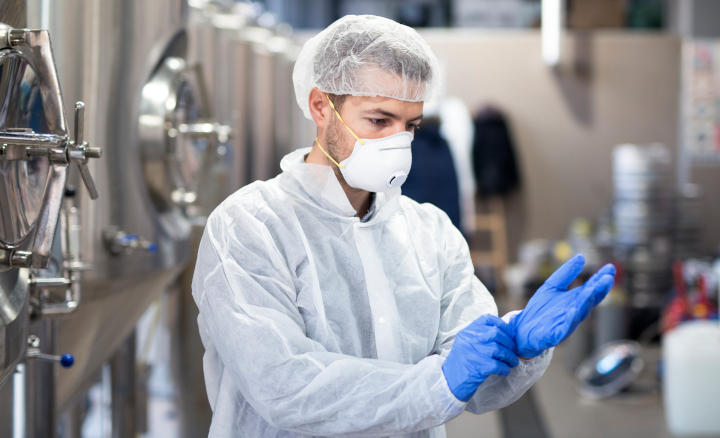 Class 100 cleanrooms, the most common in aseptic manufacturing (ISO 5 and Grade A/B are functionally equivalent), use High Efficiency Particulate Air (HEPA) filters to remove all particles and bacteria. High-volume laminar or unidirectional air flow reduces transfer of particles from one location to another.

In the 1970s, aseptic filling was done with standard machines under HEPA filter panels. Machine components above the container were a potential source of contamination and over time were moved below the working level as much as possible. Plastic curtains were added to better focus the filtered air onto the machine. The curtains also reminded the operators to avoid contact with the machine or product.

In the ’80s and ’90s, isolators were developed to provide improved barriers between people and product while reducing costs. An isolator has been described as a cleanroom in a box. The entire process is enclosed in a sealed cabinet, pressurized with HEPA filtered air. No operator access is permitted during operation other than via glove ports. 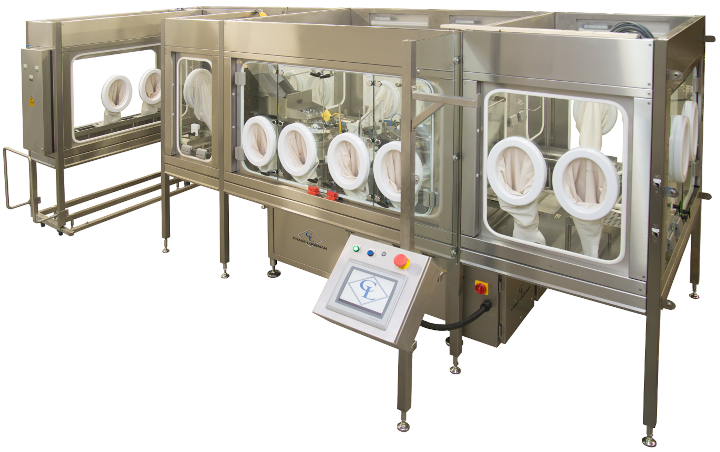 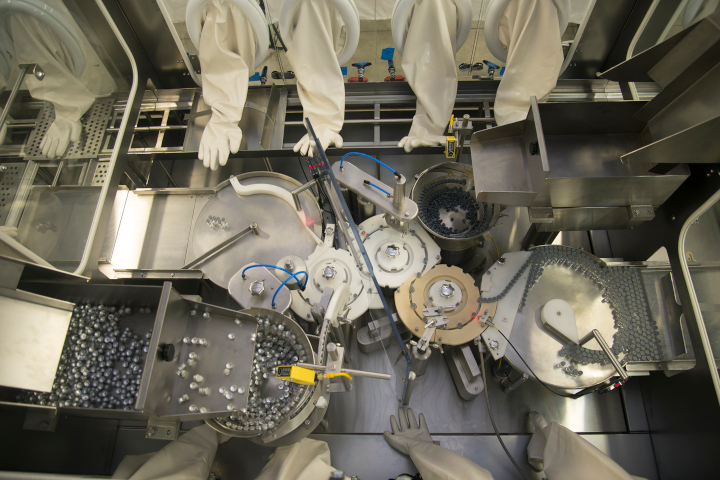 After the production run, the isolator is opened, cleaned, and prepped for the next run. Once resealed, the isolator is flooded with sterilant, typically vaporous hydrogen peroxide (VHP), sterilizing everything inside. Unlike traditional sanitizing by spraying or wiping, VHP gets into the tiniest crevices. Once sterilized, any final setup is done through the glove ports.

Theoretically, it should be possible to operate an isolator in an uncontrolled space, such as a warehouse, by operators wearing labcoats.

That’s the theory. In practice, many companies have installed their isolators in Class 100 cleanrooms. This provides an additional layer of cleanliness but at the cost that isolators were developed to avoid.

A compromise between open and isolator systems, RABS contain the process inside a rigid enclosure. Access for operational intervention is via glove ports. 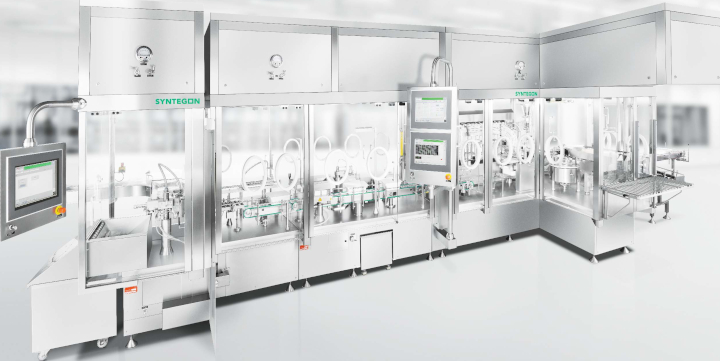 RABS offer significant cost advantages over isolators due to their greater simplicity. This is especially true if they can be located in pre-existing cleanrooms, minimizing construction costs. The need to build a cleanroom negates some of the cost savings vs. isolators.

Single-use product handling systems are gaining popularity in aseptic use. These systems consist of a plastic bag to replace the traditional metal tank. The bag is pre-made with all filters, tubing, ports, fill nozzles, and other required fitments. It is sealed in a protective bag and sterilized. The manufacturer mounts the complete system aseptically and is ready to run. 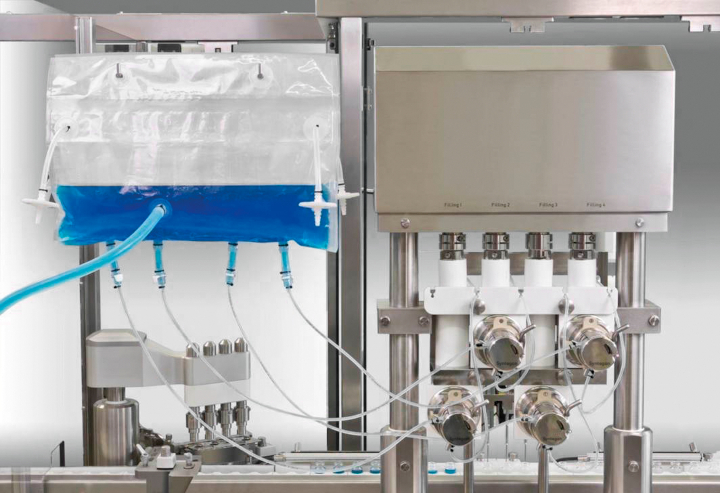 According to Marion Monstier, Product Manager Freeze & Thaw at Sartorius, advantages of single-use systems include:

• The closed system reduces product transfer and handling, which decreases contamination risks.
• Single-use systems are replaced between product runs, which eliminates the potential for cross-contamination due to incomplete or improper cleaning.
• These replaceable systems reduce changeover and setup times compared to reusable systems.
• They eliminate cleaning validation requirements.
• They drain better, which results in higher product recovery rates.
• Single-use systems are more sustainable due to the elimination of energy/steam, water, and chemical use associated with traditional cleaning.
• They eliminate about 10 to 15 hours of downtime associated with clean-in-place (CIP) and sterilize-in-place (SIP) systems.
• They reduce labor costs.

Single-use systems can reduce downtime between products by 10 hours or more. On a medium-speed vial filling line running 250 products per minute, that means an additional 150,000 vials of production capacity. Regardless of company size or product, that’s not peanuts.

Improved product protection at a reduced cost? Single-use technology needs to be the industry standard.

There is little difference in environmental requirements for sterile pharmaceuticals vs. sterile biopharmaceuticals. The principal machine differences will be due to lot sizes. Biopharmaceutical production runs tend to be shorter and more varied. This places a greater emphasis on ease of resetting for the next product. Minimizing disassembly, cleaning, sterilization, and setup times become more critical when there are multiple changeovers per day compared to a product that may run for a week or longer.

Regulatory pressures will continue to push aseptic production towards RABS and isolator technologies. But as they come of age, automation and robotic technologies will continue to push both towards less need for human intervention through glove ports. Internal robots, remotely manipulated, may eventually reduce or eliminate the need for glove ports with all their difficulties.

Whatever technology is used, the key to aseptic production will always be physical separation of people and product.