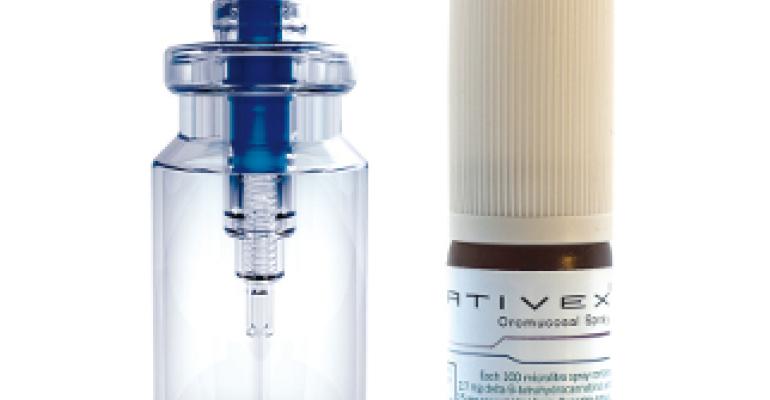 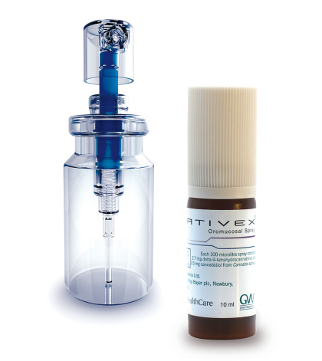 Sativex Oromucosal Spray is the first approved cannabis-based prescription medicine to be launched in Germany in the field of spasticity in multiple sclerosis management.

The administration of Sativex by oromucosal spray (sprayed into the mouth either onto the inside of the cheek or under the tongue) provides patients with a flexible dosing regime, particularly appropriate given the variable nature of both spasticity and multiple sclerosis from patient to patient.

Sativex has recently been approved in Germany and Denmark for the relief of spasticity associated with MS. These new market launches follow successful completion in March 2011 of the European Mutual Recognition Procedure (MRP) with all six member states involved recommending approval. Market launches in additional EU countries such as Sweden and Italy are expected in the months to come.

A new step forward in systemic drug delivery via the oro-mucosal route
Estimated at more than US$2 billion dollars in 2009, the world market for nasally/buccally administered systemic drugs has seen strong growth in the last few years. Systemic nasal sprays include such products as Miacalcin (Calcitonin) for osteoporosis; Stimate and Minirin (Desmopressine) for enuresis; Imitrex (Sumatriptan Succinate) and Zomig (Zolmitriptan) for migraine attacks; non-opioid Sprix for post operative pain, and opioid-like Instanyl and PecFent/Lanzada (Fentanyl) for cancer breakthrough pain. With Sativex GW Pharmaceuticals has developed a first-in-class treatment for the relief of spasticity in multiple sclerosis.

Systemic drug delivery via the oro-mucusal route has a number of advantages due to fast onset of action and reduced therapeutic dose as a result of high bioavailability for well-formulated selected compounds. After being sprayed into the buccal cavity and absorbed by the mucosa, the medication enters the vascular system directly, allowing the active ingredients to take effect rapidly while minimizing intolerable unwanted side effects.

Aptar Pharma's high-performance VP7 spray pump is widely used in drug delivery for both systemic and local treatment via the nasal and the buccal routes. For Sativex, GW Pharmaceuticals selected the VP7 spray pump fitted with a specific buccal actuator of ergonomic design that is comfortable to use by the patient. The VP7 platform is recognized globally for its comfort of use by patients, as well as for its robustness coupled with outstanding dose accuracy and spray performance.

"GW Pharmaceuticals is a key client for Aptar Pharma, and we are proud that our collaboration has now led to the launch of their important new medicine for patients suffering from multiple sclerosis." says Pierre Carlotti, vp marketing and communication for Aptar Pharma Prescription Div.

Sativex is a registered trademark of GW Pharmaceuticals.

Sativex is indicated as treatment for symptom improvement in patients with moderate to severe spasticity due to multiple sclerosis (MS) who have not responded adequately to other anti-spasticity medication and who demonstrate clinically significant improvement in spasticity related symptoms during an initial trial of therapy.