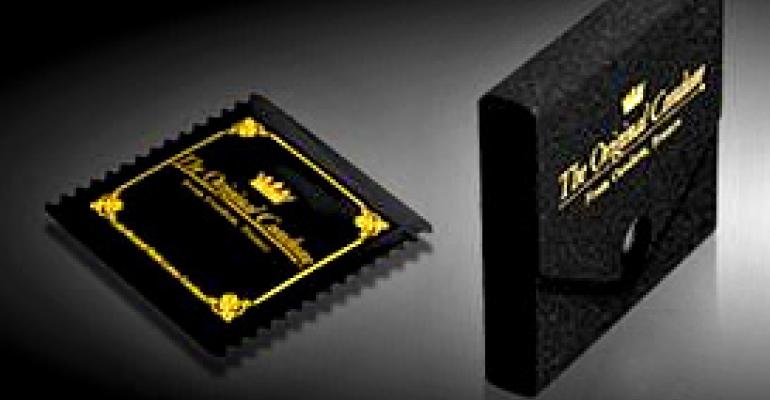 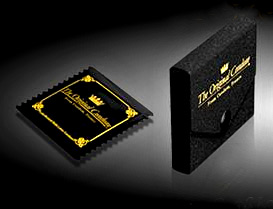 The Original Condom recognizably differentiates itself from many household name condom brands with a package design in which consumer might normally expect to open and find a pair of diamond earrings, cufflinks or high end luxury gift item. The ingenuity behind the trendy condom packaging is to remove all embarrassment from the safe sex process. While other standard latex condom brands are left within the night table drawer, the chic new Original Condom packaging is designed to be displayed on the night stand.

"Our condoms are a must have and truly combine luxury with lifestyle," stated Count Gil de Bizemont. 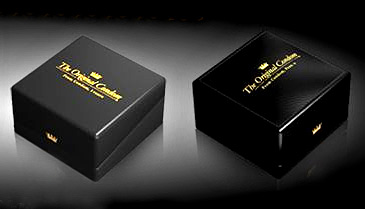 The Original Condom comes in black boxes with gold lettering that have been lined inside with black velvet. Shoppers may choose from The Pocket (3 condoms), priced at $13.50, to The Regular (box of six, priced at $20), and the refill of 12 priced at $24.

New designs for the luxury latex condoms are currently being developed such as sexy pink boxes with black lace trim for the next season.

The condoms have been put through a rigorous quality standard testing process from pin hole tests, to air burst, electronic water, aging, and water leakage tests all to ensure that the public is receiving the finest quality condom on the market today.

"Condoms protect everyone from disease, ours protect from tackiness," states French Aristocrat and Vice President of The Original Condom Company, the Count Gil de Bizemont.

President His Royal Highness the Prince Charles Emmanuel de Bourbon Parme and the Count Gil de Bizemont decided to name the product line "The Original Condom" as through their thorough research they found that latex condoms and rubber sex related products had a vast origination and history in France ranging from Dr. Charles de la Condamine in the 1650s who was first to discover properties of the rubber tree, to 1780's La Fayette and more.

The new luxury condom manufacturer is also majorly committed to giving back through not only Humanitarian contributions to HIV and AIDS not-for profits worldwide, but are also committed to providing protection to our planet making all attempts to reduce their carbon emissions during the manufacturing process and have organized the carbon offsetting of all products.