Happy 75th birthday to the beer can 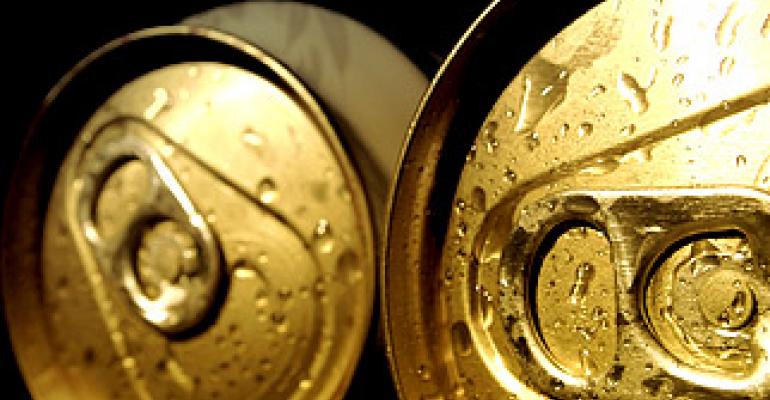 It's no coincidence that a beer can graces the cover of this month's Packaging Digest. January 2010 marks the 75th anniversary of the commerical use of cans as containers for beer. Our cover story on p. 18 details how Boulevard Brewing of Kansas City has launched a highly decorated aluminum can for its craft wheat beer and installed a new packaging line to handle this conversion, along with its regular glass bottles.

Over the course of its use, the beer can has undergone myriad changes. Even though brewers first started considering the use of cans in the 1920s, those plans were interrupted by Prohibition and a couple of technical hurdles that had to be overcome. First of all, the can needed to withstand the 80- to 90-psi pressure of pasteurization without leaking or bursting. Perhaps more important, it was necessary to develop an effective liner that would prevent “metal turbidity,” in which the beer reacts with metal to create a bitter taste. Engineers reportedly tried resin, flour, gum and even sprayed asphalt as a liner.

The can's first commercial use came in January 1935, when the American Can Co. supplied “Vinylite” plastic-lined, flat-top cans, as well as a new packaging line, to the Gottfried Krueger Brewing Co. of Newark, NJ, for use with their Finest Beer and Cream Ale, which was sold in Richmond, VA. By March, sales were up 550 percent. Shortly therafter, Pabst and Anheuser-Busch were the first major brands to introduce the use of metal cans.

One factor that slowed the adoption of beer cans was that converting packaging lines from handling glass bottles to cans was an expensive proposition. Still, brewers were excited at the prospects. They could employ many more sizes and shapes while utilizing a much larger part of the container and more colors to promote the brand. The cans didn't have to be returned to a bottling plant for reuse and didn't require a deposit. Cans weighed less than glass bottles and could be easily stacked for shipment.

That was when a can of beer cost about 10 cents. Since then, many improvements have been made to the humble beer can. Aluminum with water-based internal coatings is now the preferred material. Pull-tops, pop-tops and twist-off closures made cans easier and safer to open. For convenience, the six-pack evolved as the most convenient pack for both cans and bottles, but the 12-pack isn't far behind for thirsty Americans. However, packaging innovation continues, and the plastic bottle now is poised to take over the beer industry. Plastic bottles are very light, virtually unbreakable, cheap to make and chemically inert. Has the beer can met its match?