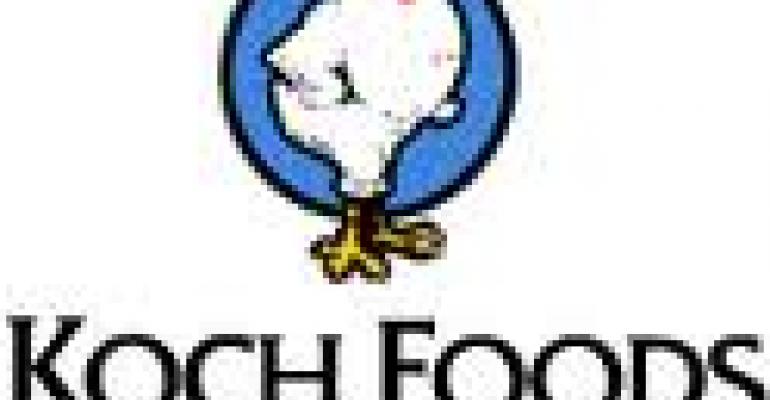 A poultry-processing and packaging company will double its size in Fairfield, OH, adding nearly 400 new jobs within three years.Koch Foods will construct a 179,000-square-foot addition to the existing 185,000-square-foot plant at 4100 Port Union Road in Fairfield. The company will spend $45 million on the project to retain 730 jobs and add at least 390 new jobs within three years, company officials said.

slated to begin next month and be complete by June 2014.

The expansion will essentially double the size of the plant, allowing it to expand its capacity, which has reached its maximum, said City Manager Arthur Pizzano. The new jobs are expected to add an estimated $10 million in payroll.
"This is good for Fairfield. It's huge. It's almost 80 percent of the job creation in the next three years," said Fairfield councilman Jeff Holtegel.

Koch is one of the largest integrated poultry processors in the United States, with more than 20 facilities nationwide. The company supplies chicken to well-know companies such as Kroger, Ruby Tuesday, Steak n' Shake, Sonic and others, said the company's controller, Chip Englert.

The company does business in six states, including Mississippi, Alabama, Georgia Illinois, said plant Manager Howard Tallen. Koch has "outgrown" the Fairfield location, forcing them to take work to six other companies around the country. The plant expansion in Fairfield will bring those jobs here, he added.

"We have increased pounds (produced) to 46 million in 2012 alone out of this facility, so this expansion is very, very important to us," said Howard Tallen, the plant manager.

The city of Fairfield agreed to provide Koch a 75-percent property tax incentive on the value of the new expansion. The company has also entered into an agreement with Fairfield City Schools, for which the district will receive $42,600 per year for 10 years.

Pizzano said at its present size, Koch is one of the top 10 employers in the city; after the expansion, it will move into the top five. Koch is the city's largest water user, he said.

Councilman Adam Jones, who is also a division director at Butler County Workforce One, pointed out this will help people locally, especially considering that Hamilton's paper plants will shut down in the past six months, resulting in the loss of hundreds of jobs.