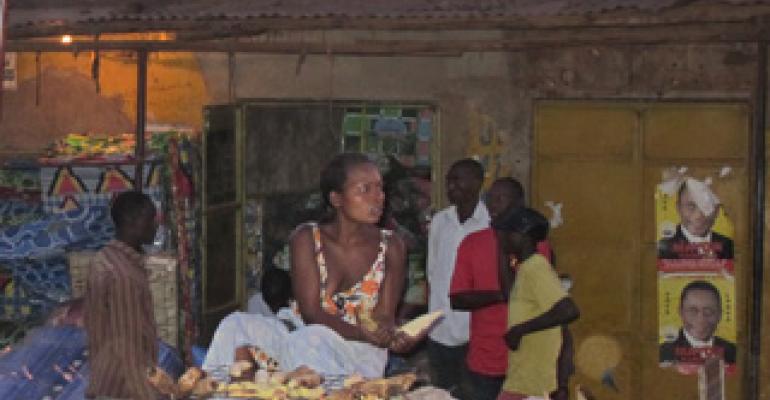 In the context of the Interpack SAVE FOOD campaign, the packaging industry wants to fight food loss more effectively. Simple, decentralized packaging machinery for emerging markets can improve food security, while the "throwaway" mentality in western industrialized nations can be prevented with smart packages. 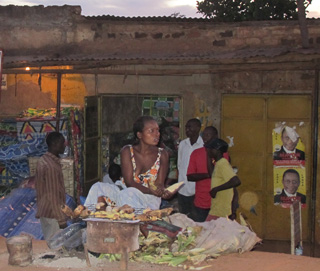 Speculators have got their sights set on agricultural commodities such as wheat, rice, soya and corn. Having bought them cheaply from farmers and cereal wholesalers, they gamble on an increase in prices. This is a lucrative business, because food is becoming scarce. With arable produce increasingly being used for fuel production and harvests being cut by droughts, rising affluence and world population growth are causing demand for wheat and other cereals to increase. According to the Food and Agriculture Organisation (FAO) of the United Nations, there will be nine billion people living on our planet by 2050 - two billion more than today.

At the same time, there should be no need to fear hunger. "One third of food produced around the world, amounting to about 1.3 billion tons, is lost on its way from the farm to the fork, or is wasted," says Jenny Gustavsson of the Swedish Institute for Food and Biotechnology (SIK). If these losses were reduced by a more efficient handling of food, famines could be curbed. Gustavsson is one of the authors of two studies commissioned by the FAO and serving as the basis for the SAVE FOOD campaign that the FAO and Messe Düsseldorf initiated in Mai 2011 at interpack, the world's largest packaging trade fair.

The findings of these studies could fundamentally change global food policy. Until now, it has always been considered necessary to boost food production by 70% by 2050 in order to feed everyone. New goals now apply: "With limited natural resources, it is more effective to reduce food losses than to increase production," says Robert von Otterdijk, FAO Officer for SAVE FOOD.

The wasteful West
There are many approaches to food security. It is wasted right across the supply chain, starting with agricultural production through to consumption in the home. In the low-income countries of Africa and Asia, the problem lies at the start of the value chain. According to SIK, six to eleven kilograms of food are lost per capita per year due to shortcomings in harvesting techniques or because food doesn't make it from the producer to the consumer in time. In the sometimes extreme climatic conditions, fruit and milk spoil, and meat becomes inedible due to contamination with dangerous germs. However, far more food is wasted per person in Europe and North America. In the industrialized nations, 95 to 115 kilograms of food still fit for consumption are simply thrown away per person annually. What consumers fail to consider on their way to the garbage bin is that unnecessary waste fosters hunger in the poorer regions of the world. "Food is traded internationally. People in wealthy countries who waste food have an impact on prices in other parts of the world, ultimately making some products unaffordable to people in low-income countries," Gustavsson explains. If edible food ends up in the trash, this also pushes up the consumption of energy and resources. The equation is simple: when a third of the food produced spoils, a third of the resources consumed in production, e.g. water, are wasted and a third more climate-damaging emissions than necessary are pumped into the atmosphere.

Demands for an immediate rethinking can therefore be heard from the highest places. "In the fight against the throwaway mentality and energy wastage, the developed countries have to set clear targets," says Klaus Töpfer, former Executive Director of the UN Environment Program and head of the German Federal Government's Ethics Commission for a Safe Energy Supply. In addition to policy-makers and consumers, he believes that the packaging industry in particular has a major obligation to collaborate with other sectors in developing solutions along the food value chain.

The packaging industry wants to do its part and is working on new strategies for the production and distribution of packaging machinery and smart packaging ideas. "For instance, packages that themselves measure the contents' freshness could help to reduce the quantities of still consumable food being discarded," says Christian Traumann, Managing Director of German packaging machine manufacturer Multivac. In emerging markets, on the other hand, small, decentralized solutions could improve food security and fight poverty.

Germ alarm
However, the industry has to strike a difficult balance, as it is acting in two worlds. While it first has to convince farmers in Nigeria of the need to package their produce at source instead of sending it on its way unprotected, it can only combat Western carelessness with high tech. "Many consumers regard the ‘best before' date as a licence to waste food, although many foods are still fresh after that date," explains Stephan Grünewald of the Cologne-based rheingold market and media analysis institute. To remedy the problem, the industry is reaching deep into its box of tricks. For instance, it is developing time-temperature indicators that report continuously on the product's state of freshness. BASF is already offering so-called OnVu labels printed on the package. These come with a special pigment color that changes when the contents are no longer safe to eat.

However, such innovations will only make their mark if food corporations cooperate. Occupying a key position in the chain from the farm to the retailer, they control demand among local producers and the supply of foods from which the consumer chooses. The good news is that a number of the big players, like the Swiss food manufacturer Nestlé, have already joined the SAVE FOOD campaign. Nestlé wants to cut its emissions by 20% by 2015 by improving efficiency in packaging and production and making greater use of renewable energy. "We want to do business more sustainably and thus alleviate hunger in the world," says Philippe Roulet, head of Global Packaging Materials & Training at Nestlé. To this end, the group aims to use, among other things, more bioplastics from non-food sources such as wood or algae as packaging materials.

Packaging manufacturers and suppliers of packaging machines are supporting food suppliers in the realization of their sustainability strategies. "Smart packaging" is one of the buzzwords. These are intelligent and active systems that indicate the product's state of quality and, armed with oxygen absorbers or special acids, are even capable of helping foods to stay fresh for longer. Such packages can help anywhere around the globe, because - and this is true the world over - the longer food stays fit to eat, the less food is lost.

The US-based Sonoco company is one of the innovation powerhouses in developing packages with integrated microchips that, via sensors, constantly gather information on the state of a product such as moisture and temperature. And set off an alarm when values move outside programmed upper or lower limits. These chips can also improve distribution security and uncover gaps in the supply chain by enabling huge quantities of data on goods to be up- or downloaded at lightning speed with radio frequency technology.

A trend towards asepsis
There are plans for Sonoco packages to do even more - by interacting with the contents, removing oxygen and harmful germs and thus improving product quality and prolonging its freshness. Germany's Fraunhofer Institute for Process Engineering and Packaging (IVV) is already offering such preservation solutions: "We integrate oxygen absorbers such as iron in the polymer matrix of the packaging material," says IVV researcher Sven Sängerlaub. In PET bottles prepared in this way, oxygen-sensitive beverages like beer and fruit juices stay drinkable for longer. In addition, the IVV has developed an antimicrobial film that releases sorbic acid onto the surface of the food, the point of attack for contamination, and thus preserves it.

Aseptically packaged foods also stay fresh longer. In the aseptic process, the product and packaging are sterilized independently. The package is then filled with the product in a closed, sterile system and sealed. This way, all bacteria are killed and cannot re-contaminate the goods. The advantage of this technology is that the food no longer has to be heated in the package at high temperatures. "This means that much less packaging material can be used and the energy input for packaging is about 70% lower than for conventional systems," explains Friedbert Klefenz, Group President of Bosch Packaging Technology. What's more, aseptically packaged foods do not need to be chilled. "With this form of packaging, we can also supply people who don't have a fridge." Bosch already has a variety of machinery for the aseptic processing of liquid and pasty foods.

In emerging markets, there's unlikely to be much demand for such technologies for the time being. Who is going to pay for them and operate them? Instead, the demand for small, decentralized packaging machinery is on the rise. "In India, we have truck-mounted packaging machines specially adapted to local conditions in order to demonstrate the benefits of packaged food to farmers as well as local authorities. Farmers soon realize it makes sense to package their harvest," says Klefenz. Bosch therefore wants to export more machinery to these emerging markets. "The goal is nationwide distribution as far as possible so that produce can be protected from spoilage at the source." The German machinery manufacturer Multivac also sees huge potential in up-and-coming nations for its vacuum packaging machines. "They're easy to handle," says Valeska Haux, Head of Marketing.

Absorbers and asepsis for the West, and new machinery and help for self-help for Africa and similar regions - industry has made big plans and announced numerous innovations. Whether they'll actually make their breakthrough remains to be seen. Ultimately, it will be the consumer who decides that over the next few years.

Photo 2:
Insecure transportation: In low-income countries, food in many places is carried on mopeds to the place of sale. The goods rarely arrive intact. (Image: Misereor)

Photo 4:
Shopping Indian-style: The countries of Asia are growing fast and urgently need packaging machinery to improve the safety of their harvests. (Image: Messe Düsseldorf)

Photo 5:
Simple but useful: In emerging markets, there is demand for small, decentralized machinery enabling food to be packaged easily. A number of solutions were presented at interpack. (Image: Messe Düsseldorf)