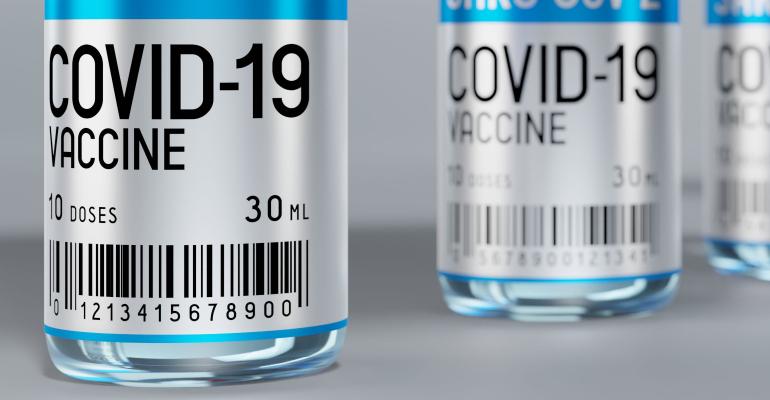 Serialization track-and-trace technology — well used and proven by the pharmaceutical sector to combat counterfeiting — is now making substantial inroads into other markets, like foods and luxury goods.

The pharmaceutical sector has long been viewed as the industry most closely associated with serialization technology. The ability to trace a medicine or drug across the entire supply chain, from its point of origin to the pharmacy shelf, provides essential reassurance that it is genuine and will not cause harm — the perfect antidote to counterfeit drugs.

However, serialization track-and-trace technology is now making substantial inroads into other sectors.

A new piece of research from The Insight Partners forecasts huge growth for the global serialization market, estimating it will be worth US$6,049.0 million in 2027, a significant growth from the US$1,728.3 million recorded in 2018. The market is estimated to grow with a compound annual growth rate (CAGR) of 15.3% from 2019-2027.

By any estimations, this is a significant growth forecast.

Against such an encouraging growth trajectory, let us look at the evolution of the serialization sector and trace its journey from the pharmaceutical sector — long established as the sector that is most closely entwined with serialization, or track-and-trace technology — to its increased adoption by other industries, all keen to benefit from the many positives that serialization technology can offer to them.

Serialization has long been established in the pharmaceutical sector as a central component of the packaging used for medicines and drugs.

Without it, the consequences would be unthinkable. It would allow the forgers and counterfeiters to increase their grip even further on a trade that is already resulting in the loss of far too many lives.

Already, an estimated 10% of medical products circulating in low- and middle-income countries is either substandard or falsified, according to research from the World Health Organisation in 2017. Not only is this a waste of money for individuals and health systems that purchase these products, but substandard or falsified medical products can cause serious illness or even death.

Some substandard and falsified medical products have been toxic in nature with either fatal levels of the wrong active ingredient or other toxic chemicals. Additionally, substandard and falsified medical products are often produced in very poor and unhygienic conditions by unqualified personnel and contain unknown impurities and can be contaminated with bacteria.

The pharmaceutical market has, therefore, put serious effort into doing all it can to protect those of us who rely on medicines for a better quality of life. Indeed, in the United States, all pharmaceutical companies selling prescription drug products are required to serialize each drug unit to aid tracking from manufacturer to pharmacy or doctor’s office, according to the 2013 Drug Supply Chain Security Act (DSCSA).

The importance of serialization systems in the pharmaceutical sector has been highlighted on a global level over the last couple of years in the fight against COVID-19, with track-and-trace technology playing a core part in the fight against fake COVID vaccines. This included deploying new packaging track-and-trace labeling systems able to cope with operating in temperatures of up to minus 80 degrees, which were demanded by some of the vaccine types, and which previously simply did not exist.

Furthermore, if the world is unlucky enough to experience another pandemic, lessons have now been learned. The serialization of essential kits, such as masks and test kits, will also go a long way to ensuring everything we are using to combat the virus will achieve the desired results. 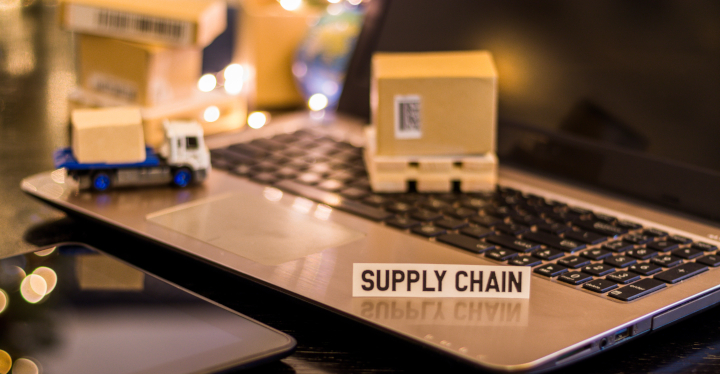 Industry 4.0 will revolutionise the way the pharmaceutical sector works. Just as this fourth industrial revolution has digitalization at its heart, the entire concept of serialization is driven by digital technology.

Once only possible for international blue-chip corporations, robotics will become much more affordable and available to organizations of every size. From picking products at a warehouse to getting them ready to ship, autonomous robots can quickly and safely support manufacturers. Likewise, we will see distribution centers that will use autonomous cranes and trucks to streamline operations as they accept shipping containers from the ships.

Since connected machines collect a tremendous volume of data that can inform maintenance, performance, and other issues, as well as analyze that data to identify patterns and insights that would be impossible for a human to do in a reasonable timeframe, Industry 4.0 offers the opportunity for manufacturers to optimize their operations quickly and efficiently by knowing what needs attention.

We will also see logistics and supply chains optimized much more than we have seen before. A connected supply chain will adjust and accommodate when new information is presented. If, for example, a weather delay ties up a shipment, a connected system can proactively adjust to that reality and modify manufacturing priorities. 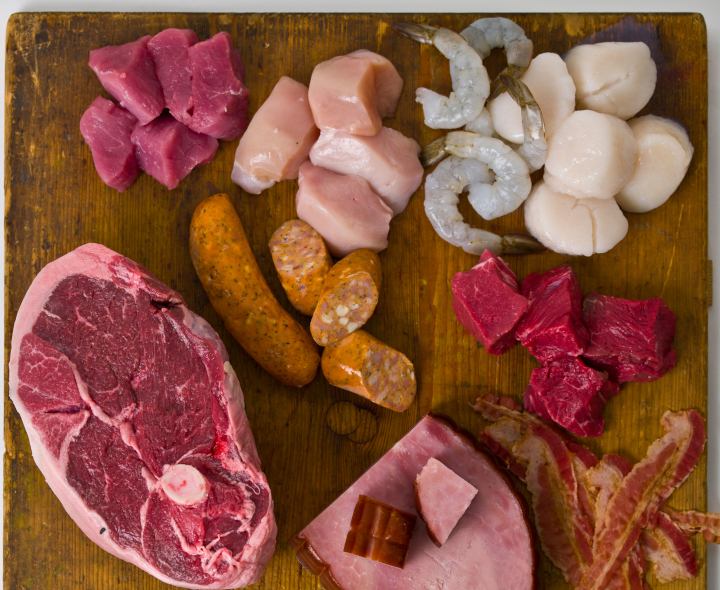 From pharma to food.

One sector that is already embracing the pharmaceutical serialization model — and will be in the prefect position to step this up even further in the wake of Industry 4.0 — is the food and beverage sector, especially goods that are fresh, such as dairy products, meat, and fish.

According to Europol — the European Union’s law enforcement agency — a counterfeit food product is defined as a food product infringing an Intellectual Property Right. All intellectual property rights defined under national and European law are included. A substandard food product is defined as a product that does not meet the criteria required by European and national laws regarding its production, packaging, storage, and distribution. Generally speaking, it is a product of a quality inferior to that which is legally required under European and national standards.

Operation OPSON, a Europol and Interpol joint initiative, resulted in the seizure of 10,000 tons of fake or substandard foods and more than 26 million liters of counterfeit drinks in 2017, with arrests made across the Americas, Asia, and Europe. In October 2017, news broke that the UK’s largest poultry supplier to major supermarkets has allegedly been altering slaughters records and falsifying kill dates to artificially stretch the commercial life of the meat.

As with drugs and medicines, counterfeit food has the potential not just to cause serious harm, it can kill. In 2008, Chinese authorities discovered that milk and infant formula included the industrial and toxic chemical melamine. Six infants died from kidney stones and kidney damage and an estimated 54,000 babies were hospitalized. It was later discovered that some 18 Chinese local dairies were adding this chemical to products.

Food manufacturers across the world are therefore increasingly looking to the pharmaceutical sector as the leading light when it comes to watertight authentication and traceability solutions.

Indeed, there is a close correlation between the two sectors. The pharmaceutical industry stays focused on the big picture — how serialisation can enhance patient safety. After all, this is a sector that deals with human lives. Global product identification can help reduce the growth of counterfeit drugs and allow faster responses upon detection in the supply chain. This understanding of the big picture continues to drive the industry forward in how it implements serialization.

However, consumer safety is also critical in the food and beverage sector. The ability to trace a product right back to its exact point of origin will give consumers an increasing sense of security that the products they are consuming are the bone fide, real deal — that is, it is safe and will not harm them. 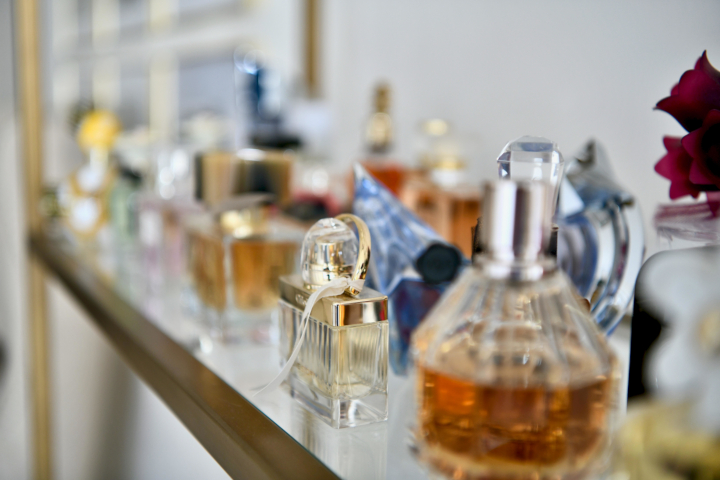 A touch of luxury.

We have all seen the fake “luxury” designer handbags, sunglasses, jewellery, and perfumes on sale in markets and shops across the globe. If these fake goods become common, they will present an increased risk to the legitimate producers of these goods, and the livelihoods of the staff that produce them.

Buying an original item is important for both the manufacturers and for the final customers for many reasons. Fake items are generally made with low-quality components, they can be dangerous since they could have been made using dangerous or poisonous parts, and normally the fake products are made in developing countries using near-to-slavery workers. The list of bad results from fakes can go on and on.

Again, it will be pharmaceutical serialization that paves the way for the increased uptake within the luxury goods sector. By entering the mainstream luxury market, serialization will mean that each item will carry a unique identifier that can be queried by anyone.

For those who might be worried that such an addition might spoil the look and feel of their designer brand, it is important to highlight that the technology exists to produce the serialization code in any shape, color, or size. It can be printed on clothes, metal, or plastic. Most people, however, will see the addition of such a code as a good thing — proof of the provenance of their purchase, and proof that they haven’t been made using slave-labor or equally distressing methods.

Serialization and the future.

The forecast of substantial growth in the global serialization sector will largely be due in no small part to the success of the pharmaceutical serialization sector in implementing the watertight technology needed to provide a sense of authenticity when it comes to essential medicines and drugs. Just as consumers can now rely on their medicines to do what they are supposed to do, other sectors are now recognizing they need to provide the same reassurance — with Industry 4.0 providing the perfect opportunity for the necessary systems to be adopted.

Not only will we see serialization penetrate the pharmaceutical sector even more, but it will also be rolled out further in the food market, with food and beverage packaging increasingly featuring the means to trace their contents right back to their point of origin. We will also see it rolled out across luxury goods and other sectors that also need to provide reassurance to their customers that the product they are buying is the real thing.