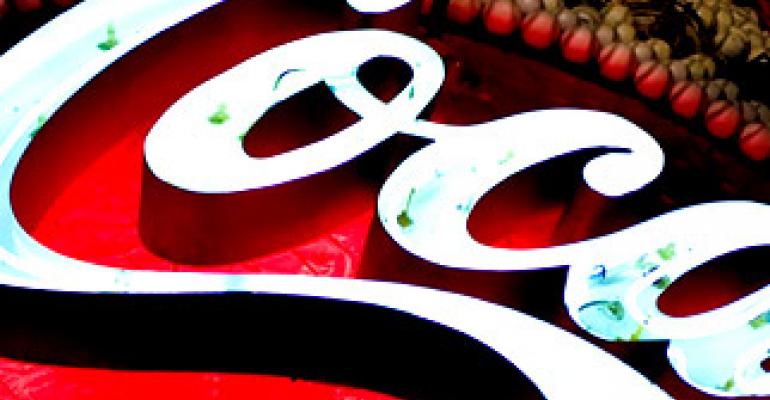 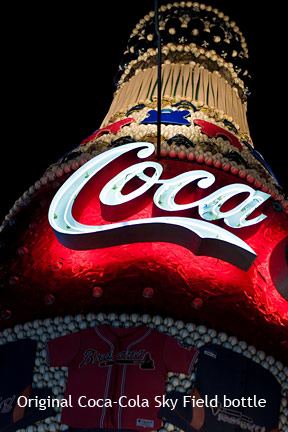 Before the Atlanta Braves play against the the New York Mets on July 16, Turner Field history will be made: Coca-Cola and Braves executives including Hank Aaron will officially unveil a 49-ft tall Coca-Cola Contour Bottle that will replace the original Coca-Cola Sky Field bottle.

To commemorate the Sky Field bottle, Coca-Cola and the Braves will distribute genuine pieces of memorabilia from the original Coca-Cola Sky Field bottle to a number of lucky game attendees. “The iconic Coca-Cola bottle has been a part of Turner Field since we opened our doors, and the new bottle is an entertaining reminder to Braves fans that America’s favorite pastime and ice-cold Coca-Cola help make summer time special,” said Derek Schiller, executive vp, sales and marketing, Atlanta Braves.

The new polycarbonate bottle has 3,000 tri-colored LEDs that cover the bottle. These diodes are capable of producing more than 16 million different colors each. The bottle's high-resolution, programmable screen will continue to display the traditional fireworks celebration for which the original Coca-Cola Sky Field bottle was known in addition to offering a high-tech way to celebrate a Braves’ home run

The Contour bottle unveil ceremony precedes Coca-Cola Recycling Nights at Turner Field. The Coca-Cola Recycling Education Vehicle will be on site on July 17 and 18, during which game attendees can play recycling trivia games for prizes such as a Braves Recycling Team t-shirt made from recycled PET.