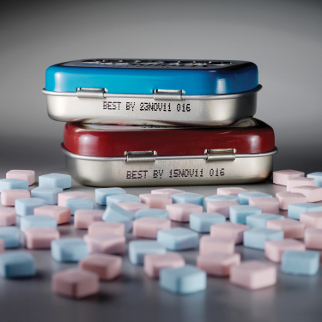 Americans are throwing away 40 percent of food in the U.S., the equivalent of $165 billion in uneaten food each year, according to a new analysis by the Natural Resources Defense Council. In a time of drought and skyrocketing food prices, NRDC outlines opportunities to reduce wasted food and money on the farm, in the grocery store and at home. Read the full issue brief at www.nrdc.org/food/wasted-food.asp.

"As a country, we're essentially tossing every other piece of food that crosses our path—that's money and precious resources down the drain," says Dana Gunders, NRDC project scientist with the food and agriculture program. "With the price of food continuing to grow, and drought jeopardizing farmers nationwide, now is the time to embrace all the tremendous untapped opportunities to get more out of our food system. We can do better."

NRDC's issue brief, Wasted: How America is Losing Up to 40 Percent of Its Food from Farm To Fork to Landfill, analyzes the latest case studies and government data on the causes and extent of food losses at every level of the U.S. food supply chain. It also provides examples and recommendations for reducing this waste.

• Americans trash 40 percent of our food supply every year, valued at about $165 billion;

• The average American family of four ends up throwing away an equivalent of up to $2,275 annually in food;

• Food is the single largest component of solid waste in U.S. landfills;

• Just a 15 percent reduction in losses in the U.S. food supply would save enough food to feed 25 million Americans annually;

Rooting out the reasons
NRDC says the causes of losses in our food system are complex, but there are notable problem areas. At the retail level, grocery stores and other sellers are losing as much as $15 billion annually in unsold fruits and vegetables alone, with about half of the nationwide supply going uneaten. In fact, fresh produce is lost more than any other food product—including seafood, meat, grains and dairy—at nearly every stage in the supply chain.

Some of this is avoidable. For instance, retailers can stop the practice of unnecessary abundance in their produce displays, which inherently leads to food spoilage.

But consumers are also a major contributor to the problem, with the majority of food losses occurring in restaurants and household kitchens. A significant reason for this is large portions, as well as uneaten leftovers. Today, portion sizes are two to eight times larger than the government's standard serving sizes.

Wasted food also translates into wasted natural resources, because of the energy, water and farmland necessary to grow, transport, and store food. About half of all land in the U.S. goes to agriculture; some 25 percent of all the freshwater consumed in this country, along with 4 percent of the oil, goes into producing food that is never eaten. Moreover, uneaten food accounts for 23 percent of all methane emissions in the U.S.—a potent climate change pollutant.

Following are some examples of how packaging is partly to blame.

• Packaging for produce is convenient but can cause more waste than selling it whole, as this excerpt explains:
One recent trend that deserves more evaluation is the emergence of precut produce or other packaged, fresh, ready-to-eat food. To the extent off-grade or slightly damaged product is made marketable and usable through trimming, this trend may help to increase overall efficiency in the system. Trimming creates more waste at the processing level but may be less wasteful than if those products were trimmed at home.

Trimmed produce also tends to use more packaging than untrimmed produce, which means more associated environmental impacts from packaging production and disposal. Trimmed produce spoils more quickly than whole produce once the package is opened but may be more protected en route.

Packaged produce and ready foods are also subject to sell by date wastage (discussed later) and are likely discarded when past the date whether spoiled or not. Whole produce does not have a printed sell by date, thus leaving more flexibility to evaluate its condition once at the store or in the home. However, because it is precut, packaged produce may lead to increased consumption rates at the consumer level due to its ease and accessibility. A similar trend toward precut produce can be seen in food service.

A holistic analysis is necessary to determine the ultimate impacts of this trend for both produce and other foods, and should consider implications for packaging and nutrition as well as food utilization.

• Expired "sell by" dates contribute to food waste, as this excerpt explains:
Products are discarded when sell by dates—almost none of which are regulated by law—are near. Different from use by or best by dates...sell by dates are designed to help the store with stocking and ensure freshness to consumers. One industry expert estimated supermarkets on average discard $2,300 per store worth of out-of-date food every day. Almost all of this food is still consumable but may have a limited shelf life left. In most states, it is not illegal to sell product after the sell by date, but stores don't do so out of concern that their image of carrying fresh products will be damaged. Most stores, in fact, pull items two to three days before the sell-by date.

• Damaged packaging and unpopular items can also make edible food unsalable:
Products are also discarded due to damaged packaging or promotions that have passed (postholiday discards are most common, but other time-sensitive products may go to waste as well). In addition, many of the 19,000 or so new food products placed on grocery store shelves each year are not popular with consumers and may be discarded when they fail to sell. In addition to in-store waste, this can lead to large volumes of overruns left—with the manufacturer without a market.

• Too-large portion sizes generate a lot of waste at the retail and foodservice level:
Produce arrives in preset quantities according to case size. This limits the flexibility for produce buyers to purchase exactly the amount needed. For example, if a grocer wants 50 grapefruit but they come in cases of 80, the store is then stuck with 30 extras.

Plate waste is a significant contributor to losses in food service, resulting primarily from large portions and undesired accompaniments. On average, diners leave 17 percent of meals uneaten and 55 percent of these potential leftovers are not taken home.

Awareness leads to recovery
Increasing the efficiency of America's food system is a triple-bottom-line solution that requires collaborative efforts by businesses, governments and consumers.

• The U.S. government should conduct a comprehensive study of losses in the U.S. food system and set national goals for waste reduction. This may require steps such as clarifying date labels on food, encouraging food recovery, and improving public awareness about ways to waste less. State and local governments can also lead by setting similar targets.

• Businesses should seize opportunities to streamline their own operations, reduce food losses and save money. The Stop and Shop grocery chain is already doing this successfully, saving an estimated $100 million annually after an analysis of freshness, loss and customer satisfaction in their perishables department. Others should follow suit.

• Consumers can waste less food by shopping wisely, knowing when food goes bad, buying produce that is perfectly edible even if it's less cosmetically attractive, cooking only the amount of food they need and eating their leftovers.

Follow the leaders
Europe is leading the way in reducing food waste. In January 2012, the European Parliament adopted a resolution to reduce food waste 50 percent by 2020, and designated 2014 as the "European year against food waste." In the U.K., an extensive five-year public awareness campaign called "Love Food Hate Waste" has contributed to an 18 percent reduction in avoidable food waste. And 53 of the leading U.K. food retailers and brands have adopted waste reduction resolutions.

"No matter how sustainably our food is farmed, if it's not being eaten, it is not a good use of resources," says Gunders. "Fortunately, there are ways to tackle the food waste problem, and everyone can play a role."