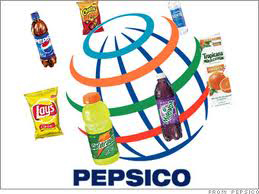 PepsiCo, Inc. announced its inclusion in the 2011 Dow Jones Sustainability Indexes (DJSI). PepsiCo is ranked as the number one company in the DJSI Food and Beverage Supersector, the only company based in the United States to earn a top ranking in the 19 supersectors assessed. PepsiCo was also named the beverage sector leader for the third consecutive year.

PepsiCo has now been named a member of the Dow Jones Sustainability North America Index six times and the World Index five times. The DJSI is comprised of companies across all industries that outperform their peers in numerous sustainability metrics, including economic, environmental and social criteria such as corporate governance, environmental reporting, corporate citizenship and philanthropy, and talent attraction and retention.

"Great companies are built to succeed today, tomorrow and well into the future," said Indra Nooyi, PepsiCo Chairman and Chief Executive Officer. "Our commitment to balancing excellent operating performance with sustainable business practices is a big reason PepsiCo has become one of the world's top performing food and beverage companies."

PepsiCo has made major strides in its Performance with Purpose journey with the establishment of goals and commitments across the areas of Human, Environmental and Talent Sustainability. The company's progress against these commitments is discussed at http://www.pepsico.com/annual10/performance/promise-of-pepsico.html. In addition, in-depth reports measuring PepsiCo's global performance in areas such as water, sustainable agriculture, and health and wellness can be found at http://www.pepsico.com/Purpose/Sustainability-Reporting.html.