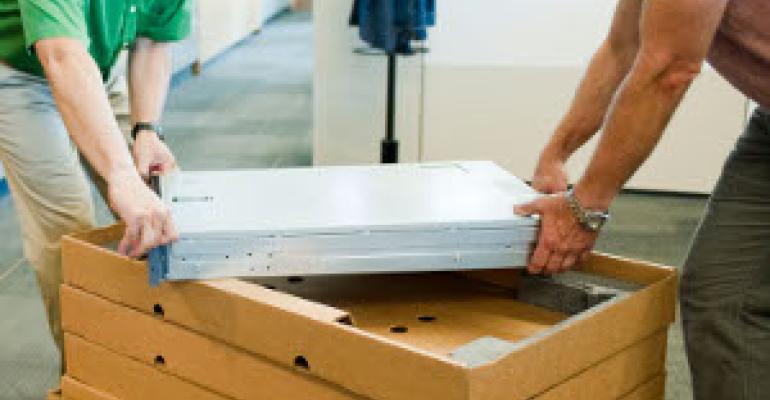 Dell's revolutionary packaging innovations—such as bamboo and mushroom packaging—make it easier for customers to be "green," enhance the brand experience and promote a healthier supply chain. By building an innovation pipeline, Dell has become a world leader in sustainable packaging, reducing its packaging material use by more than 20 million pounds, saving more than $18 million and contributing to a top-five placing in Newsweek's U.S. Green Rankings for the past four years. 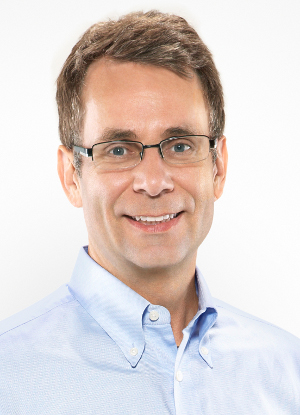 Oliver Campbell, director of procurement for packaging and packaging engineering at Dell, shares his inspiration and vision for the future.

Q: What is the most pressing problem in packaging today and why?

A: Creativity, and the ability to synthesize ideas to create innovative advantage. Packaging is currently undergoing rapid transformation in three major areas: One, customers are demanding greener packaging; two, governments worldwide are doing the same through increased regulation; and, three, investment dollars are flowing into new technologies. When coupled with a projected 1 billion increase in global population-which is like adding another India or China-in 12 short years, those who succeed will innovate to provide cost-competitive packaging that supports an empowering future that people are demanding.

Q: How do you motivate your team in packaging R&D?

A: I coach my team to think like champions—to take the smart risks. Nearly everyone has a special project. Not all projects pan out, but they are all interesting. It works because it's more about the team than the individual. We help each other, share the credit and believe in making a difference. Maybe it's corny, but it's amazing how powerful this type of culture can be.

Q: Who has influenced you the most in packaging and how?

A: Hands down, it's Bill McDonough and Michael Braungart who have been my inspiration. "Cradle to Cradle's" contrast of "doing good" rather than just "doing less bad" deeply influenced my thinking when developing bamboo and mushroom packaging. The book also served as a cultural marker that the world is changing; it said, "It's OK to think this way, and this is where the next profitable opportunities lie." I have a signed first edition copy that I treasure.

Q: What are some of the most exciting packaging projects im which you've been involved?

A: The projects we work on just seem to get better and better, so stay tuned! The industry now has more capability and openness to pursue our ideas. But definitely the best moment was when I told my engineers we were going to make mushroom packaging. They looked at me like I was crazy. I told them they would make history, and they did.

Q: Where is the industry headed?

A: The future of packaging looks bright. Investment capital continues to move into the development of sustainable materials. I think it has to for the reasons outlined above. We know the leaders in this sector, and it has been phenomenal to see their growth.

Exploring alternative renewable materials for packaging, such as bamboo and mushrooms, nets Dell top spots in various "green" lists, attention in the press and the respect of eco-conscious consumers. 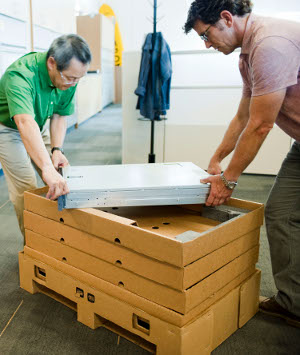 2007 - Dell introduces the Multipack server packaging option, which eliminates up to half of the packaging materials. Up to four 1U rack height servers or 10 blade servers can be delivered in a single box with an integrated pallet. Customers ordering delivery of multiple products at one time can take advantage of this highly efficient delivery option. Collateral materials can be reduced by up to 75 percent, too: Only one set of product manuals and CDs is included in each box, further reducing paper use and material waste.

2008 - Dell launches its "three Cs" packaging strategy, which focuses on the cube (packaging volume), content (what it's made of) and curbside recyclability of its packaging materials. The goal is to save more than $8 million and eliminate approximately 20 million pounds of packaging material by 2012.

2009 - Dell begins shipping its Dell Inspiron Mini 10 and Mini 10v netbooks with cushions made from bamboo, a highly renewable material that serves as an alternative to foams often used in packaging. 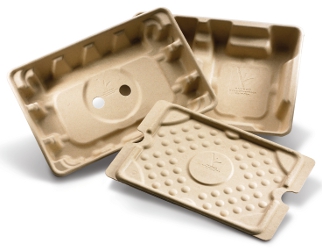 The global "green" enterprise IT study released by Strategic Oxygen and Cohn & Wolfe reveals Dell as the No. 1 green technology brand.

Since 2008, the company has increased the amount of recycled content in its packaging to approximately 32 percent. 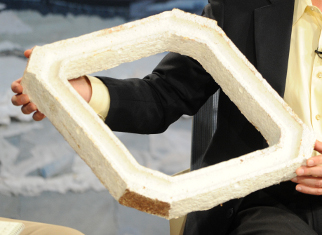 2011 - After testing cushioning made from a new "rapid renewable" material—mushrooms—Dell says it is ready to use the EcoCradle mushroom-based packaging from Ecovative (www.mushroompackaging.com) commercially in a pilot with its PowerEdge R710 servers to help reach its waste reduction goal.

2012 - Dell announces that it has eliminated more than 20 million pounds of packaging material since 2008. It exceeds its goals by reducing the volume of its packaging more than 12 percent, increasing the amount of recycled and renewable content up to 40 percent and ensuring that up to 75 percent of its packaging is recyclable or compostable at curbside.