What Litter Teaches Us About Sustainability 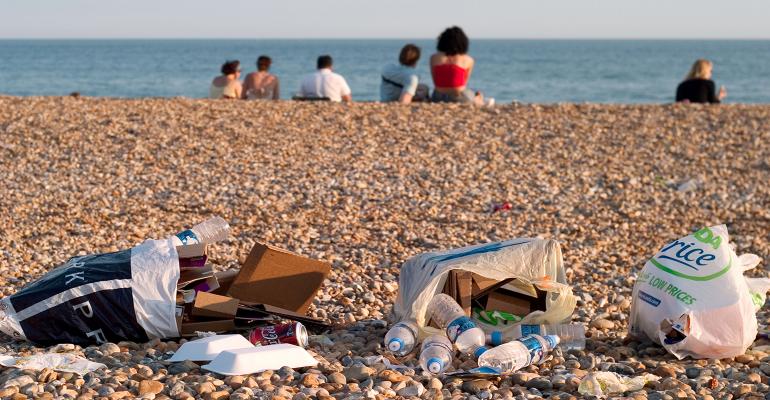 Road debris. Ocean debris. It’s plastic pollution and it’s everywhere! All we need to do to fix the litter problem (and apparently also solve climate change) is ban single-use plastics!

I just finished reading The Issues of Roadside Litter: A Review Paper, published in the December 2021 issue of Scientific Research. Authors Kasra Marimi and Ardeshir Faghri of the Department of Civil and Environmental Engineering at the University of Delaware, reviewed existing literature about litter, including its makeup, causes, and current abatement strategies. Here are the key findings:

Litter is as likely to be paper as it is to be plastic.

The authors examined seven studies produced over the last 15 years. All of them point to litter as being compromised about equally of both paper and plastic items.

People put it there. Motorists and pedestrians. People 18-24, followed by teens and tweens between 11-17 years old. Men. Smokers. Many, if not most, are aware of what they’re doing, know it’s wrong, but do it anyway. 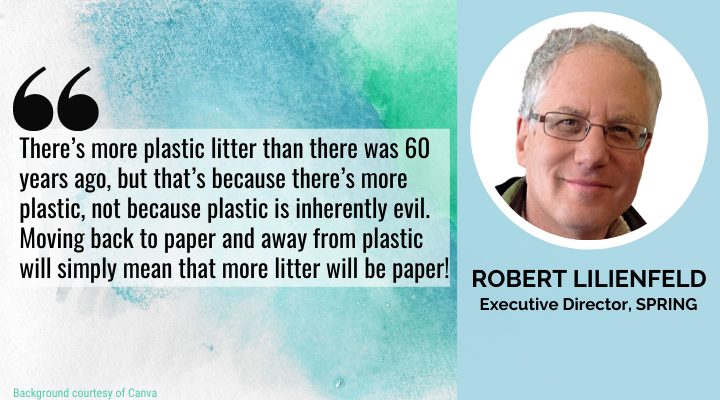 People litter regardless of the material.

The oft-recommended solution of more recycling isn’t going to solve the problem.

Even the authors of this study fell into the trap of recommending more recycling to reduce plastic litter. How does that work? People don’t simply decide to throw wrappers, bottles, and cups on the ground rather than putting them in either trash or recycling bins. They toss stuff out of their cars, from their bikes, or while walking or playing. It blows out of their open truck beds. It falls out of their bins when being emptied either at municipal collection points or by collection services personnel.

The only way that recycling can help reduce litter is if there’s a financial incentive to recycle, or a disincentive not to. That’s why bottle bills work in the US, and fines for not recycling work in Germany.

Like it or not, there is a group of consumers who are going to litter regardless of our collective environmental concerns. Will extended producer responsibility (EPR) programs solve the problem? Probably not, because EPR activities don’t really take effect until materials are collected.

How about more education and public awareness? Doubtful. There’s already been plenty of education, and many litterers are apparently aware that what they’re doing is wrong and harmful.

The real solution has nothing to do with litter.
It has to do with pride and personal responsibility. Until we can help young people feel better about themselves and the world in which they are living and will continue to live, littering is a chance for people to both rebel against the status quo and convince themselves that they are in control of their destinies.

From this perspective, sustainability isn’t simply an environmental or economic issue. It’s a social concern. The solutions thus rest on all of us and each of us.

Robert (Bob) Lilienfeld has been involved in sustainable packaging for 25 years, working as a marketing executive, consultant, strategic planner, editor, writer, and communications expert. He’s President of Robert Lilienfeld Consulting, working with materials suppliers, converters, trade associations, retailers, and brand owners. He is Executive Director at SPRING, The Sustainable Packaging Research, Information, and Networking Group. You can also write him at [email protected] or visit his LinkedIn profile.