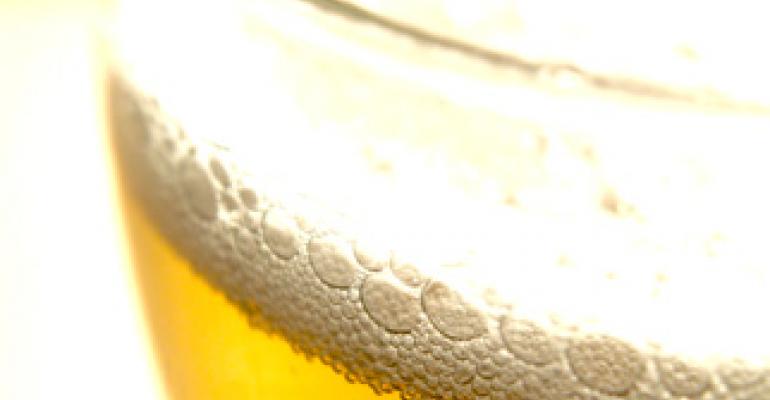 Founded by two former college roommates—Freddy Bensch and Kevin McNerney—with the encouragement of and partial funding from their friends and family, SweetWater Brewing Co. began as a tiny operation in Atlanta's West Fulton industrial park less than a mile from Sweetwater Creek. When the duo began brewing their intensely hopped ales on Feb. 17, 1997, the Big Peach still basked in the glow of the 1996 Summer Olympics. While opportunity buzzed in the air like electricity in Atlanta, knowledge and appreciation of West-Coast style ales did not.

To boost demand for its brews, SweetWater aggressively promoted the company and its ales using a grassroots marketing campaign. These marketing efforts were conducted after days of brewing then bottling the ales in a less-than-efficient packaging line. “For our first seven years, we used what was basically garage sale equipment,” jokes Steve Farace, marketing director for SweetWater.

Keeping up with demand

The brewer's marketing efforts paid off: SweetWater boasts that its sales were up 37 percent in 2007, when sales for the small craft beer market as a whole was up 12 percent.

To meet the increased demand for its brews, SweetWater doubled its production capabilities in 2008. At the same time, the company began re-evaluating its packaging line, which primarily consisted of equipment acquired from a closing brewery in California.

The adhesive melter, a Nordson (www.nordson.com) Series 3500 melter, was a solid performer on the line. When Nordson customer service engineer Bill Podomnik introduced the brewer to an improved melter that could maximize SweetWater's productivity while helping reduce its adhesive waste, he met with a receptive audience.

The improved machine is the Nordson ProBlue melter, which is designed with a smaller size. The melter has a service envelope to fit a packaging line sized for large consumer packed goods corporations to relatively smaller companies such as SweetWater. The ProBlue's design is based on the Nordson Series 3000 melter, which the supplier says enables maximized uptime while reducing operating costs. Flexibility is a key ProBlue feature: Melters are available in tank capacities of four, seven, 10, 15, 30 and 50 liters and offer two-, four- or six-gun operation using plug-in hose/gun modules.

A standard, patented automatic pressure discharge improves operator safety by releasing residual system pressure when the pump is turned off. The large tank opening, which can be filled from three sides, helps reduce adhesive spilling and waste. Because the ProBlue is compatible with previous-generation Nordson products, it enables SweetWater to minimize parts inventory.

The ProBlue 10 P/N 1022234, with two hoses and two H-202 guns, is part of a larger packaging line upgrade that SweetWater was installing at time of publication. Because the line is in flux, the brewer could not provide PD with equipment information for the complete bottling line. SweetWater did inform PD that the new packaging line is expected to enable the brewer to better manage bulk glass bottles.

A Simplimatic 400-2D depalletizer (technology has been acquired by FleetwoodGoldcoWyard [www.fgwa.com]) moves long-neck nonreturnable bottles, which are supplied by O-I (www.o-i.com), onto SweetWater's bottling line. There, a Krones (www.kronesusa.com)Mecafill TK1440 VKPV fills up to 270 bottles/min. A pry-off cap tops each bottle.

Each bottle of SweetWater's brew sports a colorful label, which is offset-printed by Inland Label and Marketing (www.inlandprinting.com). A Krones Solomatic Type 018 applies the labels to the bottles.

Filled bottles are unitized into six, 12 or 24 packs. Sierra Packaging Co. (www.sierrapackaging.com) manufactures SweetWater' six-pack carriers from 100-percent-recycled paperboard. The carriers are erected by a proprietary machine built specifically for the brewer by O-I. A Hartness (www.hartness.com) 825 drop-packer places filled bottles into the carrier cells.

SweetWater also uses direct-printed case-cartons and 12-pack trays made from 50-percent or greater recycled materials supplied by Rock Tenn (www.rocktenn.com). A Pearson (www.pearsonpkg.com) CE35 erects the cases which is constructed by a tray former from SWF Companies (www.swfcompanies.com).

The 12-pack carriers also are manufactured by Rock Tenn, but they are made using a preprint process that has enabled SweetWater to cut costs and improve the print quality of the graphically intense outer sheets. The new system uses rolls of the preprinted outer sheet that Rock Tenn then cuts and applies to the carriers, Sweetwater production manager Devon Kreps explains.

A low-level palletizer from Priority One Packaging Ltd. (www.priorityonepackaging.com) stacks and layers the packages for shipping.

The line revamp project is consuming much of the packaging team's time, but the consistent performance and automatic features of SweetWater's new melter are helping the crew.

“The Nordson machine is one that I don't ever have worry about,” remarks Brad Shell, who led Sweetwater's packaging team when the ProBlue was installed. “Everything works just as it did on day one.” After a year of ownership, Shell reports that, other than changing the filters once, the ProBlue melter has required no maintenance and has run consistently with no problems.

The machine's automatic daily startup, standby and shutdown features have further salvaged SweetWater packaging operators' time. “Every morning at seven, it kicks on before everyone gets here,” says Shell. “It's ready to go whenever we get here, and I don't ever have to think about it.”