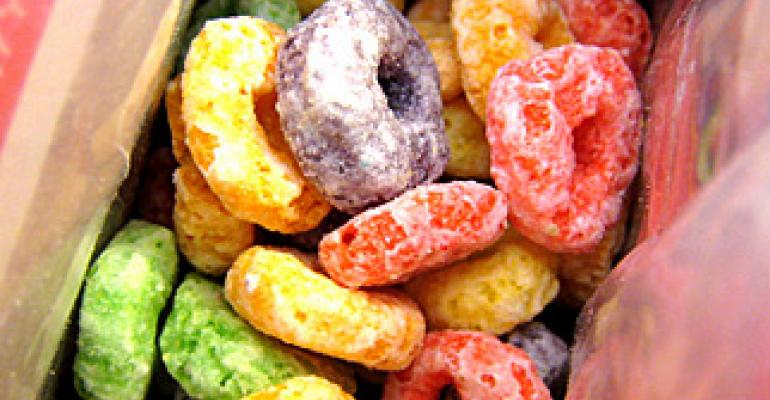 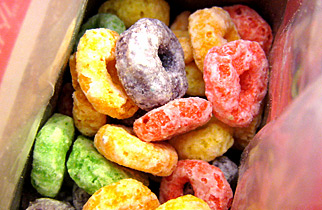 The U.S. Food and Drug Administration issued a statement regarding the recent problems with four of Kellogg’s cereal brands. The matter started in June, when a number of consumers reported off flavor and odor, which prompted Kellogg to launch a voluntary recall of the products.

In the following press release issued on August 6, the FDA stated that it now considers the matter resolved:

In June 2010, Kellogg Company voluntarily recalled select packages of Kellogg's Corn Pops, Honey Smacks, Froot Loops and Apple Jacks cereals due to an off-flavor and odor of the products.  Consumers were asked by Kellogg not to eat any of the recalled products.

The following questions and answers provide additional information that may be of interest to consumers.

What Was the Problem?
In June, some consumers reported that several Kellogg Company brands of cereal -- Corn Pops, Honey Smacks, Froot Loops, and Apple Jacks -- on U.S. store shelves had a bad odor and/or taste.

What Caused the Problem?
It appears that the cereals were packaged in cereal boxes with waxed paper liners that imparted bad taste and odor to the food.  The wax paper liners appear to be the source of the problem.

How Was the Problem Discovered?
Approximately 50 consumers complained to the Kellogg Company about the off taste and odor of the cereals, including several who reported experiencing ill effects after eating one of the products.

What Did Kellogg Do in Response to the Problem?
After becoming aware of the problem, Kellogg immediately isolated all suspect wax paper liner materials, conducted chemical testing on the liner materials, keeping reserve samples of what they tested, and then destroyed all the remaining suspect liner material so that it could not make its way back into production. Kellogg recalled all affected cereals and conducted an extensive root cause analysis.

How Did FDA Learn of the Problem?
The problem was reported to FDA by the Kellogg Company on June 24.

What Did FDA Do in Response to the Problem?
FDA immediately launched an investigation.  The agency worked with the Kellogg Company to ensure that appropriate notification of the recall was issued to the public; inspected the manufacturing plant of the cereal itself; reviewed the root cause analysis conducted by Kellogg; and independently evaluated the hazard the problem presented to consumer health, concluding that the probability of serious adverse health consequences was remote. FDA continues to monitor the recall in collaboration with Kellogg.

Is the Problem Resolved?
Based on all available information, FDA has concluded that this problem has been resolved.  On June 25, Kellogg recalled all of the affected cereals1.  FDA has received no reports of additional consumer complaints about an off taste and odor in the products.

Was Anybody Hurt?
No serious illnesses or injuries were reported to FDA by Kellogg or by consumers.  Kellogg reported that five consumers complained of effects including nausea, vomiting, and mouth numbness.  None reported seeking medical attention, and all reported that the effects resolved within a day.

What Should Consumers Do if They Have One of the Recalled Products?
Consumers who have one or more of the recalled products in their homes should discard them or return them to the place of purchase.  FDA advises consumers not to eat any food with an off taste or odor.

Can Food Packaging Manufacturers Use Any Chemicals They Want in Their Products?
Absolutely not.  Food packaging materials must be safe for their intended use, and must comply with requirements of the Federal Food, Drug and Cosmetic Act and with FDA regulations governing food packaging materials. Any food packaging that imparts a bad taste or odor to food products intended for sale in the United States is potentially subject to regulatory action by FDA to remove it from the marketplace.

Are Waxed Papers Legal and Safe to Use in Food Packaging?
Yes, but only when they are manufactured and used in compliance with Federal Food, Drug and Cosmetic Act requirements and FDA regulations.

How Often Does This Type of Problem Occur?
Recalls of this type, in which packaging is implicated as the cause, are rare.