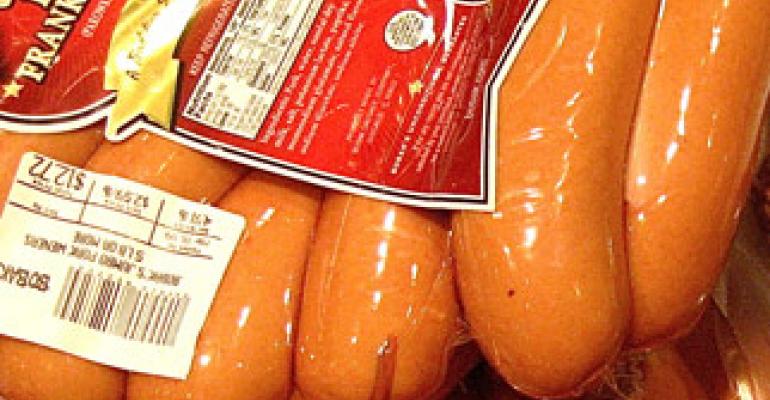 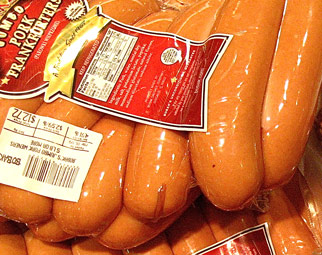 LINDSEY TANNER, CP
CHICAGO -- When 4-year-old Eric Stavros Adler choked to death on a piece of hot dog, his anguished mother never dreamed that the popular kids' food could be so dangerous.

The American Academy of Pediatrics agrees. The nation's largest pediatricians group is calling for sweeping changes in the way food is designed and labeled to minimize children's chances for choking.

Choking kills more than 100 U.S. children 14 years or younger each year and thousands more _ 15,000 in 2001 _ are treated in emergency rooms. Food, including candy and gum, is among the leading culprits, along with items like coins and balloons. Of the 141 choking deaths in kids in 2006, 61 were food-related.

Surveillance systems lack detailed information about food choking incidents, which are thought to be underreported but remain a significant and under-appreciated problem, said Dr. Gary Smith, director of the Center for Injury Research and Policy at Nationwide Children's Hospital in Columbus, Ohio.

Smith is lead author of a new policy report from the pediatrics academy that seeks to make choking prevention a priority for government and food makers. The report was released Monday in the journal Pediatrics.

Doctors say high-risk foods, including hot dogs, raw carrots, grapes and apples _ should be cut into pea-sized pieces for small children to reduce chances of choking. Some say other risky foods, including hard candies, popcorn, peanuts and marshmallows, shouldn't be given to young children at all.

Adler, a Warren, New Jersey attorney who pushed for more warning labels after her son died in 2001, says she hopes the academy's efforts will work. Several efforts to pass federal legislation for labels have failed in Congress.

The group also urges the Food and Drug Administration to work with other government agencies to establish a nationwide food-related choking reporting system; and to recall foods linked with choking.

The academy says the food industry should avoid shapes and sizes that pose choking risks.

Something as simple as making lollipops flat like a silver dollar instead of round like a pingpong ball can make a big difference, said Bruce Silverglade, legal affairs director at the Center for Science in the Public Interest, which also has lobbied for more attention to choking prevention.

Openshaw said the industry would continue working with the FDA and USDA ''to ensure that our products are as safe as possible.''

At the FDA, spokeswoman Rita Chappelle said the agency will review the academy's analysis and recommendations. She said the FDA also would continue consulting with the Consumer Product Safety Commission on assessing choking hazards associated with food and take action on a case-by-case basis.