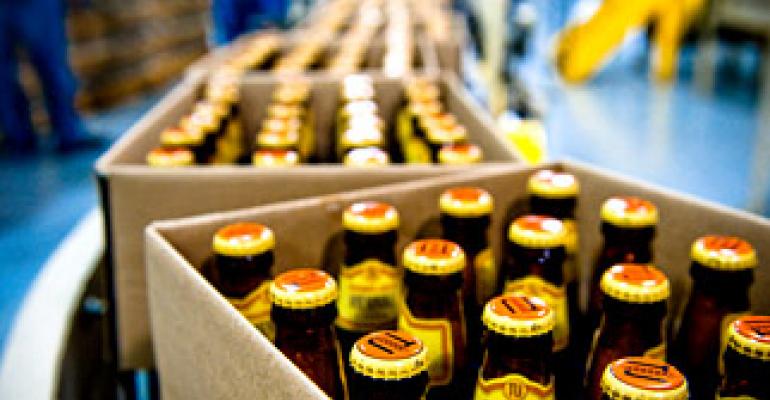 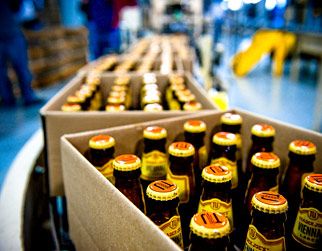 Private label beers are gaining share on their branded rivals in 2009 as the recessionary conditions have made them more appropriate to consumers across the region. A new report on private label beers in Europe from specialist beverage research agency Canadean suggests however that although share may be rising, volumes are not. Share is growing because private label products are falling at a slower rate than branded products.

2009 has been a traumatic year for the beer sector in West Europe, with Canadean anticipating a drop of around 3% in overall volumes. Private label beers are expected to drop at a more modest rate of less than 1%. Beer is well represented in the on-premise and it is the sharp decline in bars and restaurants that has pulled the overall beer sector down. Private label beers are almost exclusively sold in supermarkets and have consequently been shielded from the full force of the downturn.

It is the level of beer volumes going through the on-premise that has contributed to the low level of private label penetration in the beer market; 7% penetration for beer compares to well over 20% for soft drinks. The size of many of the brewers in West Europe means that the leading beer brands are supported with significant marketing budgets and with so many strong beer brands present, private label has traditionally found it difficult to compete on price alone. Another feature of the marketplace has been the sizeable presence of discount brands, which have historically further handicapped the prospects for private label in the beer sector.

Private label share is not low in all markets however. In Spain it is as high as 15% while in France it reaches 17%. France in particular has a strong wine culture and it may be that beer is more likely to be viewed as a commodity. A common feature of both markets is the low level of duty levied on alcohol; this enables far more scope for price differentials and price positioning between branded and private label products. On-premise share in France at 25% is considerably lower than the regional average. The volume sold through modern retailers is thus higher and so consumers are more exposed to private label offerings than in many other markets.

The report concludes that whereas the threat to branded beers is not as pronounced as in the soft drinks arena, further growth in share is likely. This is in part due to the dramatic surge in hard discounter foot traffic and outlets during the recession and in part because the off-premise is significantly outperforming the on-premise. Its findings also show that in terms of brands, private label collectively outsells every brand in both East and West Europe.