Slack fill: How much is too much? 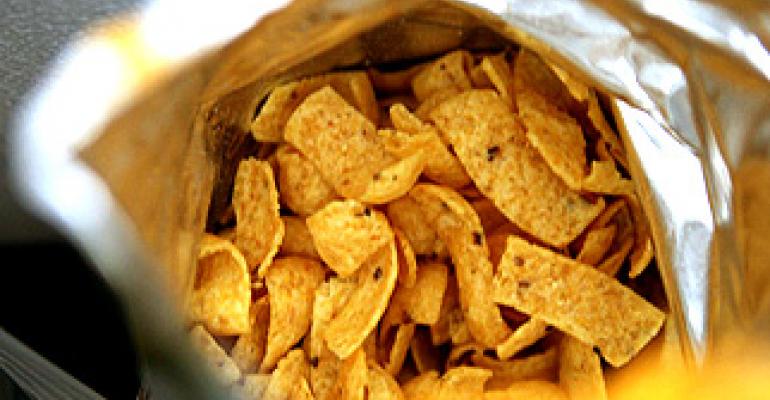 Over the years, Consumer Reports has tackled various issues related to product packaging -- over-packaging (the so-called "golden cocoon"), hard-to-open packaging (bestowing offenders with an "oyster award"), and now bags, boxes, and bottles with what seems like lots of excess or dead space, which CR dubbed "black-hole" packaging.

A recent Consumer Reports investigation turned up several products with packages that are as much as half empty. Those include One A Day Men's 50 + Advantage vitamins, where the plastic 50-tablet bottle looks about 40 percent empty, and Lay's Potato chip bags that are half-filled.

Relying mostly on nominations from readers, Consumer Reports rounded up a handful of products and asked the companies behind them for an explanation of all that air-to-spare. Packages CR looked at are examples of what is likely to be found on store shelves, and don't necessarily represent the worst offenders out there.

"We get a lot of questions from frustrated readers asking why such packages are often so large relative to the amount of product inside," said Tod Marks, senior project editor, Consumer Reports. "But even when extra space is perfectly legal, it's natural to wonder whether you're getting the amount of product you paid for."

The federal Fair Packaging and Labeling Act is supposed to prevent the public from being misled by packages containing excessive “slack fill,” nonfunctional or empty space that creates an illusion of more product, often through underfilling, indented bottoms, or extra walls. But slack fill is allowed if it keeps a product from breaking, if the package does double-duty (as a dispenser, or a tray, for example) to accommodate machinery on the assembly line, or to discourage theft in the store.

According to Consumer Reports' investigation, the law gives manufacturers plenty of wiggle room. The FDA hasn't acted against a slack-fill violation in five years.

The full results of CR's investigation is available in the January 2010 issue of Consumer Reports on sale at newsstands December 2 or online at www.ConsumerReports.org.

A Frito-Lay customer rep confirmed that Lay's potato chip bags are half-filled. Delicate items pose several challenges. Chips can be broken by rollers on the packing line or pressure from machinery that seals the bags. A Post rep who responded to the question why Shredded Wheat boxes have extra air said that the company can't overfill because cereal can get caught near the top of the bag, resulting in an improper seal.

In the examples of slack-fill cited in Consumer Reports, net weights were labeled correctly. But Consumer Reports doubts that most consumers really know what a given weight of a product should look like.