Can packaging be the star of reality TV show? 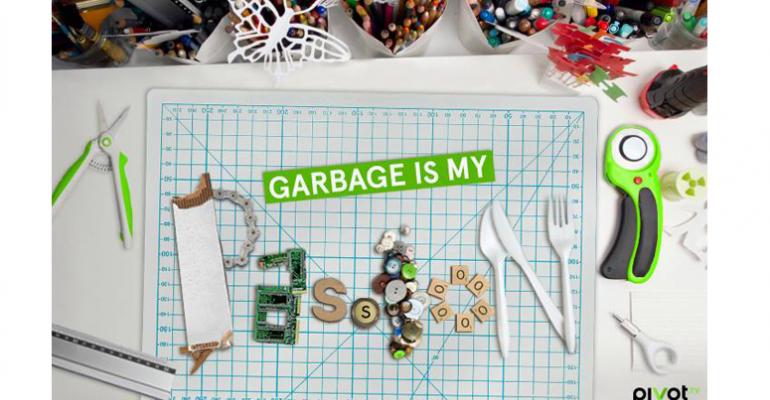 Some may see packaging as just a wrapper to cover a product, a bottle to hold liquid or the box around our cereal, but it has truly consumed our lives—so much so that we live and breathe it like fish in water.  Though it’s such an ingrained part of our consumer driven society, many consumers still don’t realize how pervasive it really is. A new tube of toothpaste comes inside of a cardboard box; a four-pack of soup is wrapped in plastic; and what a pain it is digging through all those packing peanuts after finally receiving an online order! The most common destination for all of that waste: a landfill. Here at TerraCycle, we’ve taken it upon ourselves to transform the way consumers think about their self-generated packaging waste. For us packaging can be the hero, the star, not just an after thought. Thus, we pose a question: can oft forgotten packaging become the star of a reality TV series?

Are consumers to be held responsible for consumer waste, or are product companies to be held responsible for creating it in the first place?  TerraCycle believes nobody has to be blamed if we can take disposable commercial packaging and recycle, upcycle, or reuse it in some way. If post-consumer trash can actually be used in helpful, sustainable ways, doesn’t that make it a champion of sustainability in its own right? This sentiment is exactly why we’ve made packaging the star of a new reality television show called Human Resources, a docu-comedy that shows the ins and outs of TerraCycle and our obsession with trash. The show will premiere on Friday, August 8th at 10 p.m. ET/PT on PivotTV.  The entire series is comprised of 10 half-hour episodes that we hope will not only highlight the importance of packaging in the present, but also its importance in our future.  You can watch the first one for free here: https://www.youtube.com/watch?v=tf5rTz4AzyA

Human Resources is our attempt to prove that consumer packaging can in fact be the hero we need to reduce waste and champion sustainable design. In the second episode of the show, for instance, TerraCycle receives one million pounds of waste from one of our largest clients but find that supplies are still far lower that they need to be to secure an important sale of recycled plastic. A team of employees calls some of TerraCycle’s corporate partners like GoGo SqeeZ and Capri Sun to try and get more material, and finally procures more of the aluminized pouches that were needed from both pre and post-consumer sources.  Almost nobody thinks of unusable roll-stock packaging in a positive light, but in this situation it became the hero of the situation.

In episode four, TerraCycle and Garnier partner to refurbish a community garden made out of recycled cosmetic packaging that was heavily damaged by Hurricane Sandy. The entire garden ended up being renovated with garden beds, benches and picnic tables made entirely out of non-recyclable, post-consumer beauty waste. The estimated yield of 1,500 pounds of vegetables per year goes to the Harlem Social Service Agency, which supports over 10,000 preschoolers through senior citizens alike.  If we support the idea that materials like shampoo bottles, empty lipstick tubes, and other beauty supplies can be transformed into something this positive and socially responsible, we can make an enormous impact not only in Harlem, but throughout the world.

We hope that Human Resources will allow us to share with viewers our belief that packaging waste, along with all of its hidden material potential, can be more of a hero than it might seem. By inspiring viewers— who are all consumers in some form or another—we can change the way we look at waste. By seeing beyond the landfill that it is typically headed for, we can even use it to make positive changes in our communities and the Earth. Together, we can outsmart waste.

So what do you think, can packaging really be the star of a TV show?