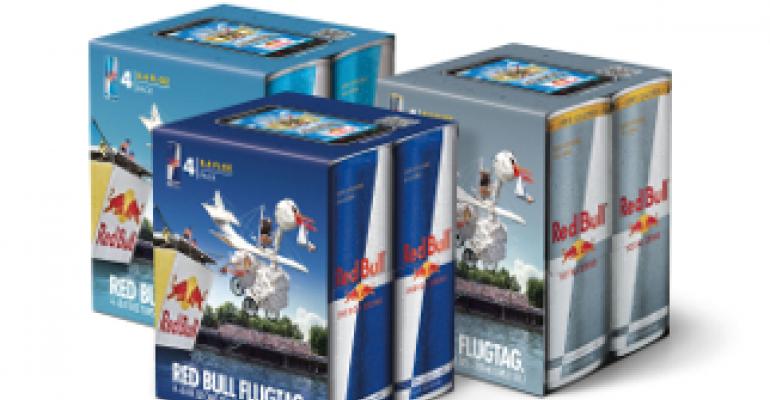 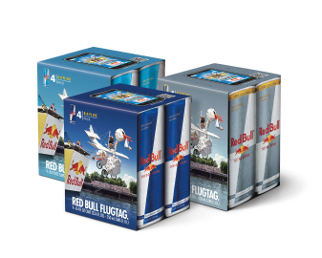 The 4-Pack features a text-in and QR code linking to the Red Bull Flugtag mobile game that will make one creative aspiring aviator a real-life Red Bull Flugtag pilot. The grand-prize winner from the game - based on distance flown and creativity - will be sent to the National Red Bull Flugtag event in Dallas/Ft Worth where the craft they dreamed up from their keyboard will be anxiously awaiting its maiden (and realistically, only) voyage, flying off a 30-foot-high flight deck over/into Lake Carolyn.

More than 1,200 applications were received, representing every state in the U.S., for the National Red Bull Flugtag events on September 21. More than 30 five-person teams were chosen for flight in each city. Winning the Red Bull Flugtag game is one of the last chances to fly a craft in one of the five events. The contest runs now through August 25th at 11:59:59 PM PT. Full contest rules are available at RedBullFlugtagUSA.com/game. In real-life, the U.S. record distance to beat is a staggering 207 feet.

Creative captains can fly a default craft in the game or create a fully customizable one, choosing their cockpit, propeller, wings, a tail, and adding flair such as facial hair/mustaches, hats, neckpieces and more. The captain can upload their Facebook profile pic or a new pic, and keep Facebook/twitter friends on the edge of their seats as they follow the craft's success, or lack thereof.

Red Bull Flugtag, which translates to "flying day" in German, has taken place worldwide for 12 years, entertaining more than 500,000 people annually. National Red Bull Flugtag dares both the brave and brainy to design, build and pilot homemade, human-powered flying machines. This is no ordinary flying competition; teams are not only judged on flight distance but also their creativity and showmanship.

For more information, and to see this year's team bios, as well as rules, photos, and video footage from past Red Bull Flugtag events, visit www.redbullflugtagusa.com.