A toast to the 5 top beverage packaging developments of 2018 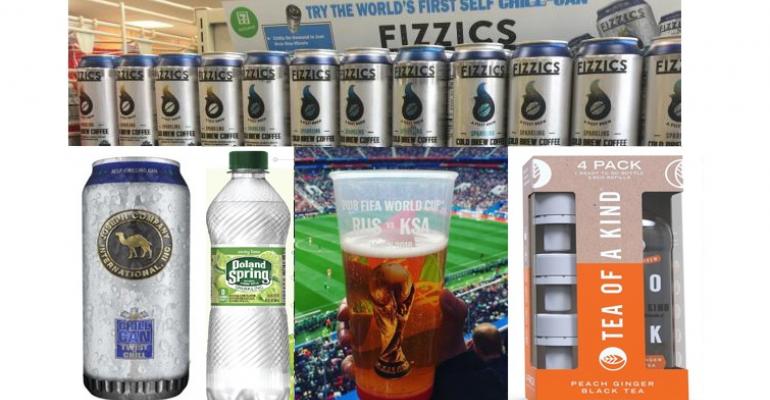 The top beverage packaging articles of the year include a circuited beer cup, a chilling development, water repackaged, a novel tea and a unique product trial at 7-Eleven.

All year long readers have been voting for the top beverage articles of the year that include a circuited beer cup, a chilling development, water repackaged, a novel tea and a unique product trial at 7-Eleven.

Thanks go to readers who have voted to-date since January 1 as Packaging Digest finalizes the results in determining the most popular articles of the year. The electronic voting that has recorded well more than 2 million votes is a totally seamless and convenient process—readers vote when they click on articles to read. We recognize the top winners in a series of reports that continue over the next several weeks, and kick things off with a reveal of the top-performing beverage packaging posts that represent a vast rainbow pack of assorted news and innovations distilled for your quick consumption to the Top 5 that include an attention-getting technology that made the shortlist twice. 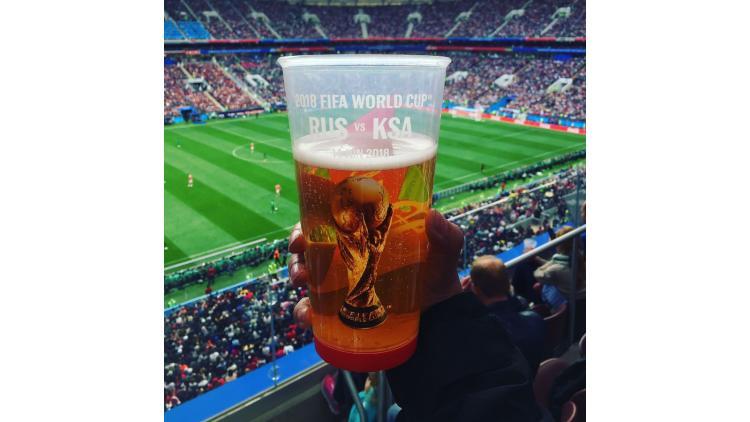 First up is a perennially popular subject with readers that comes in this year at #5: beer packaging. This entry was a literal bright spot during the 2018 FIFA World Cup tournament in Russia, thanks to smart packaging ingenuity courtesy of Anheuser-Busch InBev. No stranger to innovative packaging design, the company outdid itself with collectible Budweiser cups used during the tournament that lit up in response to crowd noise. Circuitry built into the 500-mL beer cups responded to environmental sound with light-emitting diodes (LEDs) that flashed, visually ramping up the fans’ energy even more as if that were needed. The cups had two levels of activation, so louder noise amplified further the flashing lights.

The brand owner didn’t stop there, but took an ambitious extra step or two with the graphic design. The graphics on each cup were keyed to the match during which the beer was sold, featuring, for example, the competing countries’ names and flags.

To hear more about this wildly winning beverage container, read Budweiser brings a flash of smart-packaging genius to the FIFA World Cup

PS: If you’d like more Bud, be sure to check out these articles, too:

Next: Self-chilling coffee on trial 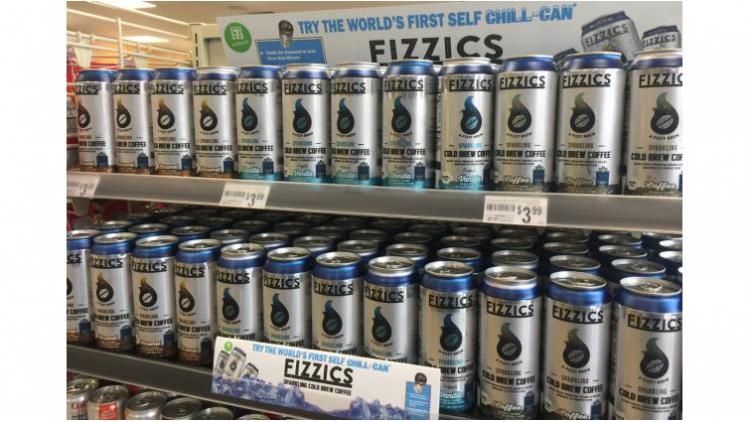 We serve up our #4 beverage performer of the year with a look at the biggest name in convenience store retailing, 7-Eleven.  On May 8, the chain debuted self-chilling cans for its new Fizzics Sparkling Cold Brew Coffee at 15 stores in the Los Angeles area.

“Because the self-chilling can technology is so groundbreaking, we wanted to introduce it with a super innovative beverage,” said Tim Cogil, 7-Eleven director of private brands. “Sparkling coffee sodas met all the criteria. Previously available in some coffee shops, a handful of exclusive canned carbonated brews began showing up last summer. Fizzics will be the first that can be chilled on demand, bringing a new level of convenience to customers who want to enjoy a chilled drink whenever and wherever they are.”

Spoiler alert: This technology proved so popular with readers that it appears again further down on our list.

Next: The incredible one-bottle multipack 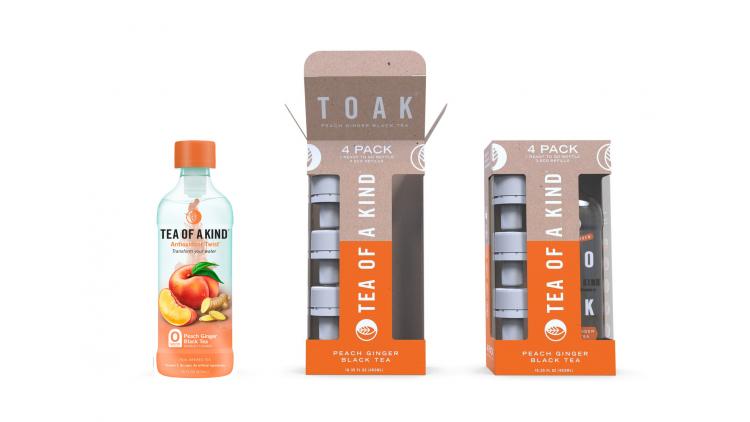 #3. How is it possible to market a multipack that contains just one bottle? Vessl, Inc. Tempe, AZ, accomplished that by leveraging the unique properties of that one bottle through its Tea of a Kind (TOAK) brand beverages with the one-of-a-kind “Eco 4-Pack” that is likely the most unusual multipack of tea or any beverage for that matter.

Every multipack contains one capped 16oz bottle of purified water sealed with a patented, pressurized “Vessl” cap that contains liquid ingredients comprising all-natural flavors, real brewed tea and powerful antioxidants. The concentrated liquid is preserved inside an oxygen depleted, nitrogen-flushed and pressurized Vessl cap that’s sealed to protect the freshly brewed tea against UV light and oxidation that typically degrade flavor. With a twist of the cap, the liquid ingredients—under 100 psi of nitrogen pressure—jet dramatically into the water.

After the sole bottle is used, the consumer can refill the bottle with water and repeat the process with the three fresh Vessl flavor caps that are included with the packaging. Read more in Novel tea steeped in packaging innovation 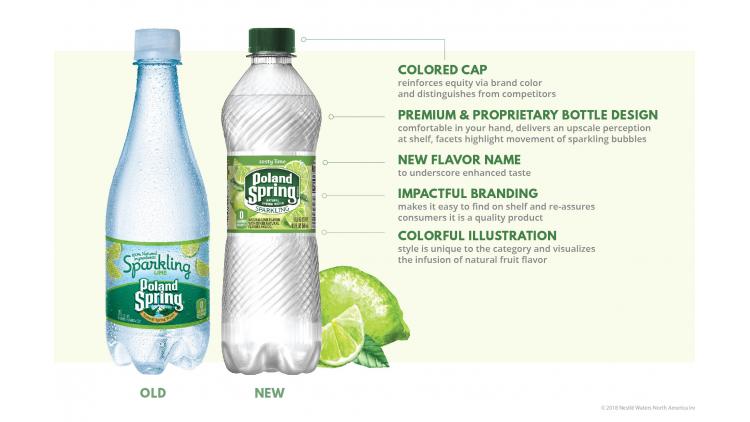 #2. Consumer thirst for bottled water appears unabated, but which subcategory within the segment is seeing the highest flow? That would be sparkling waters, which grew a sparkling 70% 2011-2016 and is expected to reach $3.1 billion by 2022. Nestlé Waters North America (NWNA), Stamford, CT, made a timely and bigger splash in this rising market with a major rebranding anchored by all-new packaging that reached store shelves in March. The brand's new sparkling water portfolio encompasses regional brands Poland Spring, Deer Park, Zephyrhills, Ozarka, Ice Mountain and Arrowhead and features 10 new flavors, a bold new bottle design and the company’s first canned products.

Notably, the new proprietary PET bottle design is itself bubbly, developed as part of a collaboration between Nestlé Waters, Nestlé’s R&D center in Vittel, France, and Product Ventures, a strategic packaging design agency.

And the #1 vote-getter of the year… 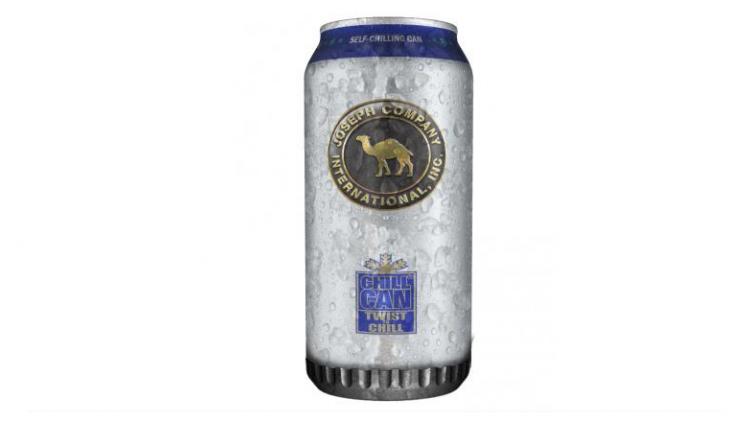 Winning by a landslide as the #1-most read beverage packaging article this year—it's a double winner because it's the same technology that first appeared at #4—is a technology developed with the idea that nothing is quite as refreshing as a cold drink. However, given consumers’ busy, always on-the-go lives, they don’t always have access to refrigeration when we need it. This new technology for a self-chilling can improves its manufacturability, making it a viable option for more brands. And, without the need for ice cubes, self-chilling beverages don’t get watered down, giving consumers a better flavor experience.

The updated technology also simplifies the activation process—from the previous push button to a twist—and changes to a safer activation ingredient. The new two-piece aluminum Chill-Can from The Joseph Co. now uses liquefied carbon dioxide as the active coolant.

Instructions are pretty simple: Turn can upside down, twist the can’s plastic base (which is now at the top) to activate the Heat Exchange Unit (HEU), wait about 75 to 90 seconds for the cooling process to complete, and then turn the can upright, open and enjoy.

For all the chilly particulars and a video, see Chill-Can presents a new twist in on-demand cold beverages.