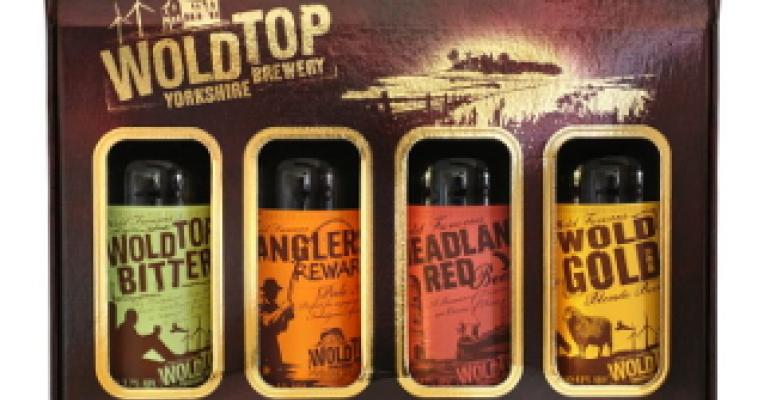 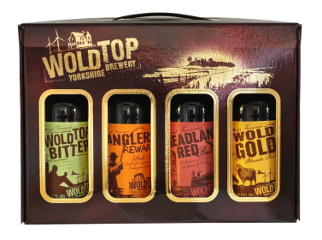 Wold Top Brewery, a craft brewery in the Yorkshire Wolds of England, recently chose the Process Metallic Color System from Color-Logic, West Chester, OH, to produce packages that make the brand stand out on store shelves.

According to brewery co-owner Gill Mellor, "The package designed by Color-Logic increased our gift sales by one-third in the 2012 Christmas season, and elicited favorable comments from retailers and customers alike. Just looking at the pack, everyone assumes we have a gold foil box."

Mellor notes that a very important element in the new box was the work of the Brand Services group at Color- Logic, which makes the software necessary to create the metallic special effects.

"Not only did the Color-Logic graphic designer know how to achieve just the right tones in the metallic areas, but he suggested a box construction that reduced the package footprint and enables us to get more bottles on a pallet," she says. "He also designed the box so that the bottles do not turn in shipment, thus letting our labels become an essential element in the overall package design. We ended up with an absolutely superb box."

Planning for the next holidays

Using the Color-Logic software also allowed Wold's to achieve a dramatic effect at a low cost, using the same lithographic printing process it has always used.

"For the next holiday season, we are looking at a simpler and less costly box, but by using an outer wrap we will retain the metallic effects that distinguish our beer on the retailer's shelf," says Mellor. "This idea was only made possible by the use of MirriNor and Color-Logic, which give us the flexibility to change the box design easily and often without huge cost."

Commenting on the project, Color-Logic director of sales and marketing Mark Geeves says: "Brand and product managers large and small are using the Color Logic process to differentiate their products from competitors in the marketplace. Several recent marketing studies indicate that 80 percent or more of purchasing decisions are made in the store, based on shelf appeal. We are pleased at the increased sales volume Wold Top Brewery realized using our design and production technology."

Color-Logic develops color communication systems and software tool sets for a variety of special effect printing applications that utilize the existing workflows of printers and designers, yielding dynamic results without the use of special equipment. Color-Logic supports the value of print and works with designers and printers to enhance their printed media.