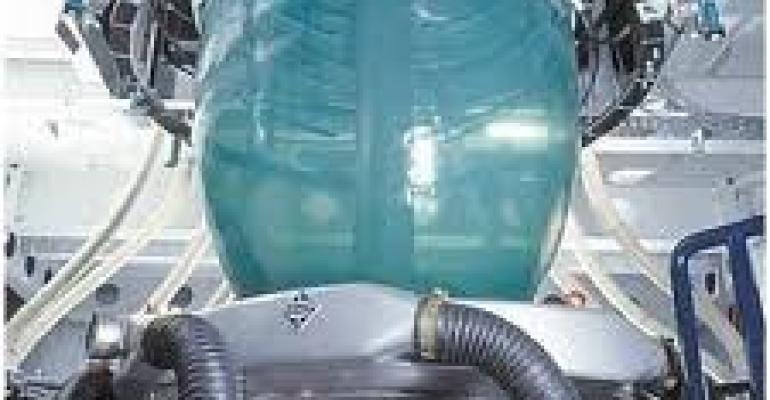 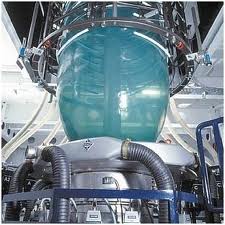 Two months ago, the former ACE Hardware distribution center in Yakima, WA saw some of its first business activity in years.

Central to the company's operations in Yakima is a plastic extruder that takes pieces of ground-up recycled plastic and puts them though a multi-step process to transform them into rolls of durable plastic sheets. The plastic sheets then go through thermoformers that are molded into a number of packaging materials, including everything from a fruit clamshell to protect produce sold at Costco to a container for a chainsaw sold at Lowe's.

Other plastic manufacturers sometimes opt to outsource the plastic sheets, but for Peninsula, an in-house operation ensures a high-quality final product and shortens the production time.

Exeter, Calif.-based Peninsula's entrance to the Yakima Valley came when it purchased in December the agricultural thermoforming division of Packaging Plus, another California-based manufacturer.

Over the last few months, Peninsula has been operating out of Packaging Plus' 85,000-square-feet facility in Union Gap. But it quickly needed more room.

The additional space will better house new equipment, such as the plastic extruder, provide a leaner and more efficient operation and, most importantly, give the company room to grow, said Greg Gaston, general manager of Peninsula Packaging's operations in Yakima.

"Depending on the sales, (the growth) could be never-ending," he said. "Which is fine with us."

Peninsula Packaging was established in 2002 by CEO Ed Byrne. The company's core business is manufacturing plastic containers for fresh produce sold in stores such as Costco and Wal-Mart.

A key part of the company's business strategy is being near agricultural sources to save on shipping costs. The company's headquarters, for example, is next to California's Central Valley, the state's most productive agricultural area.

So it's no surprise that the company expanded to the Yakima Valley, another major agricultural center.

Along with the small-format machines, Peninsula brought in two large-format thermoformers, which would be used to manufacture packaging such as apple trays.

Peninsula is moving equipment from Union Gap to the new facility in Yakima over the next few months. In the meantime, the company is operating out of both locations; it hopes to complete the move to Yakima by the beginning of next year. Once the move is complete, the new facility will house the plastic extruder and eight thermoformers -- six small-format and two large-format.

Peninsula Packaging's foray into the Yakima Valley is a testament to the success the area has enjoyed with the plastic extrusion industry.

Much of that growth can be credited to home-grown companies, said Dave McFadden, president of New Vision, the county's economic development arm: Shields Bag & Printing, which manufacturers a variety of plastic bags, and Marq Packaging Systems and Irwin Research & Development, which make the machines used to produce packaging.

Over time, that local initiative built an industry that is attractive for companies from outside the Valley, he said.

"Our agricultural cluster has spawned out innovation in packaging. Some of it was invented here -- like the bread tie -- some of them came here because they wanted to be close to the agriculture community," McFadden said, referring to Kwik Lok Corp. in Yakima, which developed the first plastic bag closure.

According to figures from the federal Bureau of Labor Statistics, wages for entry level workers in plastic extrusion firms start at about $12.50 an hour and can go up to $20 an hour for machinery programmers.

Peninsula Packaging has 35 to 40 workers, but Gaston expects that number to double in the next six to eight months as the company expands into the Yakima facility.

"We definitely have room for growth," he said.

Still, the arrival of companies such as Peninsula Packaging is a positive sign.

"Peninsula is a really bright new player in our community," he said. "We're seeing a whole variety of expansion activity in local manufacturing companies. That's very positive. I'm not suggesting happy days are here again, but this is a marked contrast (to) what we saw in the last few years."