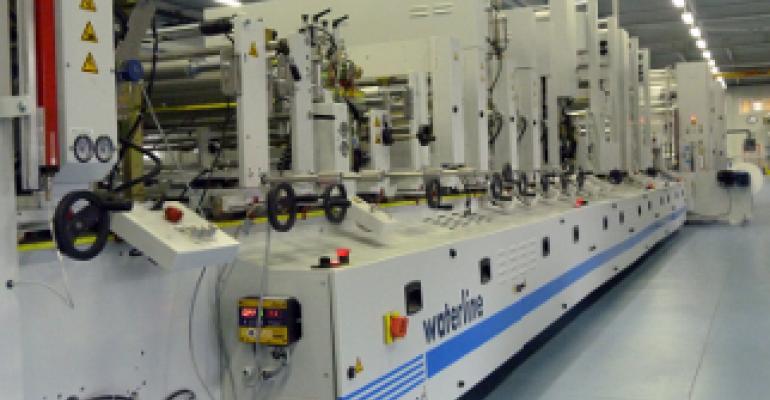 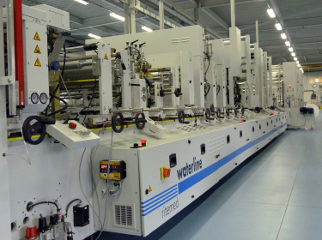 Rollprint Packaging Products, Inc. announced a $1.25 million investment on a new multi-configuration pouch manufacturing line for sterile medical and other demanding applications. Rollprint has purchased a state-of-the-art Ritemed 900 CHB machine from Water Line, Mezzovico, Switzerland, which will be installed in its Addison,IL, cleanroom. Installation is expected by the end of the year.

The machine is capable of up to 100 cycles per minute and can handle up to five webs simultaneously including aluminum foil, medical-grade paper, coated and uncoated Tyvek, and polypropylene and polyethylene films. The unit has a width of 1 meter, enabling output of several thousand pouches per minute.

"We received overwhelming response from medical device manufacturers soon after we announced construction on our new cleanroom early last year. Our new manufacturing capability has driven demand for additional production capacity, so we are once again making a sizeable investment," says Doug Dodrill, vice president of technology, Rollprint.

Rollprint's ISO Class 8, 6,000 sq. ft. cleanroom has been operational since last fall and already houses five production lines capable of producing a variety of sterile medical pouch structures for which Rollprint is known. This includes traditional and barrier header bags, chevron, vented, three-side weld seals, corner peels, etc. Once the new Ritemed unit is installed, overall production is expected to increase as much as 25%, due to the speed and output capability of the new machine.

Additional features include a non-contact web cleaner and monitoring/data collection capabilities. The web cleaner ultrasonically vibrates the film and then vacuums both sides without touching the web. The machine also monitors pressure, temperature and time parameters for every pouch and verifies that the parameters are within the validated process window. Data is electronically archived for every pouch manufactured.