Outfitted in a grenade-shaped bottle paired with a perfectly designed, one-of-a-kind handled closure, The General’s Hot Sauce boasts one of the most exemplary and seamless military-themed packages we’ve seen.

The veteran-owned, Louisiana-based parent company of The General's Hot Sauce, Smoke Hall Foods L3C, was conceived by its founders at the 2012 Army-Navy football game tailgater in Philadelphia and inspired by a close friend who serves as a general in the military.

Packaging Digest learned from company spokesperson Dillon Cox that over the past several years packaging adjustments included changing from a silver to black dog tag.

Along with changes to the backside copy, the brand eliminated a cap diffuser that constrained the product flow from the opening for maximum flow.

“That’s because we received complaints that our sauce was too thick naturally due to the pepper concentration,” Cox points out. 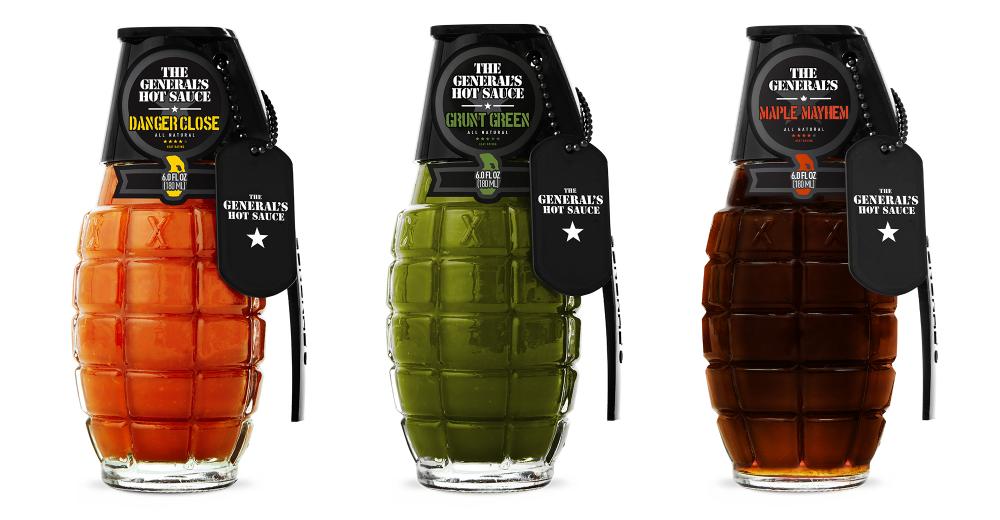 Next Up
3 High-Profile Packaging Redesigns: Dude! or Dud?
Start Slideshow ›