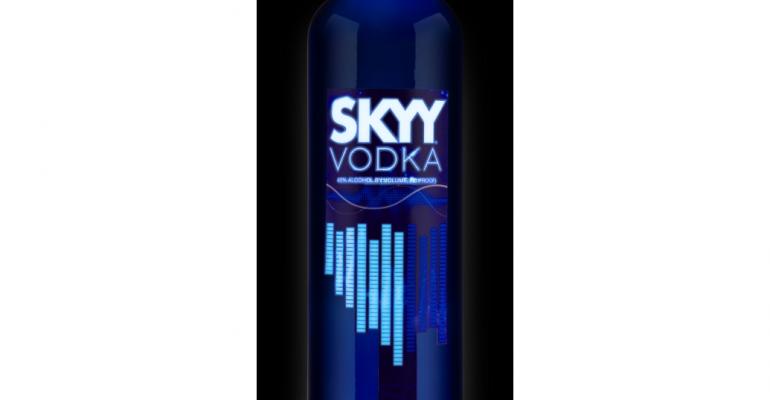 LED label moves to the beat of the music.

Back in 2014, Skyy Vodka unveiled its new 360-degree marketing platform, “West of Expected,” illuminating the brand's progressive origins.  A key focus of the “West of Expected” platform was to inject fresh thinking into all its nightlife experiences and rethink nightlife conventions.

What evolved is Skyy Electrifyy, a first-of-its-kind bottle design which features a graphic LED label that moves to the beat of the music. Integrated into the new soft-touch label are dozens of light-emitting diodes (LEDs). A special color-coordinated base houses the batteries, sound sensors and power switch. When turned on, the LEDs create a constant illumination of the Skyy logo. With the addition of ambient music, a group of LEDs, arranged in the shape of equalizer bars, move to the beat.  Mode Design Group and Skyy Vodka first collaborated back in 2012, staking their place as innovators with an industry first—the velvet-flocked, Blue Velvet limited-edition bottle.