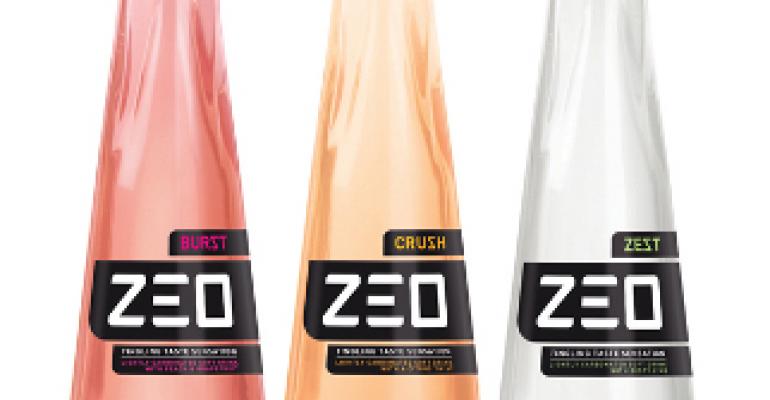 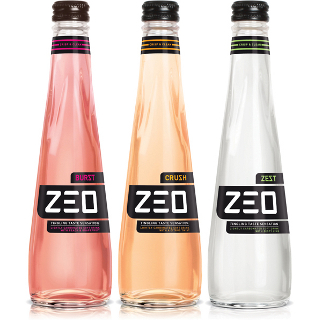 ZEO, an innovative soft drink experience from Freedrinks Ltd., is expanding its offering with three new variants, aptly called Burst, Crush, and Zest. Global branding and design agency Blue Marlin has created packaging for the new range which will be available from May in bars as well as in retailers from supermarket to high-end department stores, including Harvey Nichols.

Blue Marlin was the creative agency behind the first incarnation of ZEO, which launched last summer to acclaim across the UK. Upon that success, this new range was developed to appeal to a wider audience. Championing the use of natural ingredients, these new formulations have a fruity, clean, crisp and refreshing taste whilst retaining ZEO's original tingling taste sensations.

The integrated branding agency was tasked with adapting the original design for the mainstream, increasing shelf standout while keeping true to the essence of the brand.

Now looking to catch consumers' eyes on supermarket shelves, ZEO's graphics have moved from understated minimalism to stylish boldness. An additional element of the design is the introduction of Russian iconography to communicate the brand's origin: A red star crests the cap and a silhouette of St. Basil's Cathedral rises within the barcode. ZEO's unique bottle structure has also been refined for mass production. While the curves have been reduced, the subtle twist still remains, thus keeping ZEO in a category all of its own.

"Rather than relying as much on the subtleties of mystery and sensuality which were so prevalent in ZEO's market debut, the new design focuses on bold standout and the intriguing origin of the drink," says Blue Marlin London creative director Simon Pendry.

Freedrinks Ltd CEO Martin Hall comments, "ZEO's launch sets out the intent of Freedrinks Ltd, whose aim is to bring innovation into the soft drinks market. Blue Marlin has been one of our partners from the very beginning. With expertise and commitment, they've helped the ZEO brand communicate its unique offer, style, and story with a stunning beautiful design."