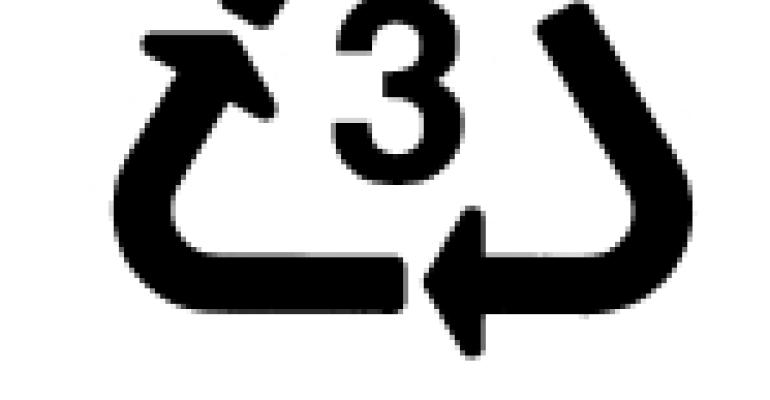 Almost 40 percent of imported PVC packaging of products tested, sold by discount retail chains, was found to violate state toxics laws based on a new report released by the Toxics in Packaging Clearinghouse (TPCH). These packages contained cadmium or lead, which are restricted by laws in 19 states due to toxicity.

Packaging from all discount retail chains—a total of eight—where products were purchased failed screening tests for these metals. "Packaging in violation of state laws is likely not one-time sourcing or production mistakes, but rather appears pervasive in imported PVC packaging," according to Kathleen Hennings of Iowa Department of Natural Resources. For one brand of personal care products, 11 PVC packages were tested, including three different products purchased in seven states over several months, and all failed for excessive cadmium.

"Retailers pulled non-compliant products off shelves and from distribution channels rather than face state sanctions," says Alex Stone of the Washington State Department of Ecology. "Statutory authority allows Washington State to outright ban retailers from selling products that are not in compliance with our laws."

Six of the eight retail chains have a significant presence in the U.S., operating at least 500 locations each across 35 or more states. The other two discount retail chains were regional with at least 100 stores in multiple states.

TPCH routinely screens packaging for the presence of regulated metals using x-ray fluorescence (XRF) analysis. Over the past several years, TPCH has demonstrated that manufacturers and distributors must be vigilant about their packaging materials, particularly PVC packaging sourced from overseas. Lead and cadmium may be added to flexible PVC packaging as an inexpensive plasticizer. Although these substances may pose little direct risk to the average consumer handling the packaging, when the packaging material is disposed of in landfills or incinerators, these toxic metals can enter the environment and pose a risk to health and safety.

The report, "An Assessment of Heavy Metals in Packaging: A Focus on Flexible PVC from Discount Retail Chain Stores," is available for download on the TPCH website.