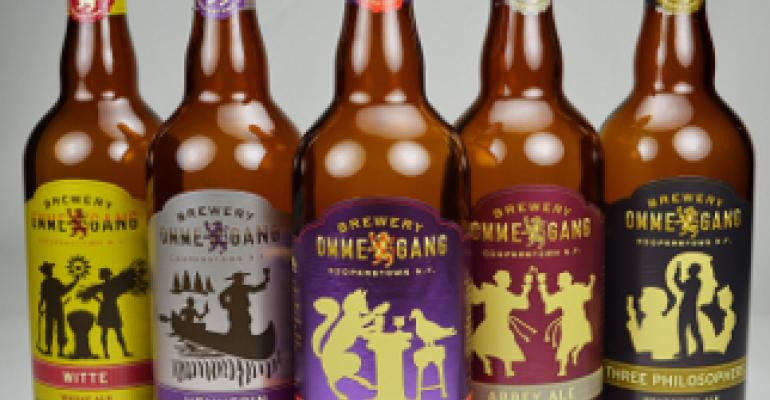 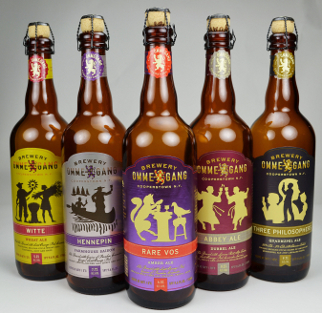 Cooperstown, NY is well known around the world for the Baseball Hall of Fame. It is also gaining fame as the home of Ommegang Brewery. Brewing since 1997, using Belgian style recipes and ingredients, Ommegang Beers have been growing steadily. As they evolve from a niche player to a national phenomenon, Ommegang recently updated their look from their website to labels to secondary packaging.

Ommegang Brewery needed an updated brand identity for their line of beers that would have better shelf appeal. The goal was to create a cohesive look that would have brand recognition while sending the message of the superior quality of Belgium style ales.

Ommegang Brewery enlisted the help of Duffy & Partners for the redesign, Flower City Printing for their printing needs of the labels and AR Metallizing for the metallized paper labels. Duffy & Partners hit a home run when they came up with the new logo and label design that not only gave the line of beer a unified branded look Ommegang was looking for but it also evoked the look of quality the Belgium style ales are known for.

Their print partner - Flower City Printing - suggested metallized paper from AR Metallizing to support the pearlescent look desired. This aims to duplicate traditional old world look on craft beers. This look made a new brand identity for enhanced shelf recognition with a coherent "family" of beers.

"Using the metallized paper from AR Metallizing, made the final result we wanted that much easier because just by playing with opaque and transparent inks were we able to get elegant, beautiful labels that help visually evoke the quality that Ommegang Brewery is known for," says Dana Jenkins, Account Executive, Flower City Printing.

"The beauty of this label is the simple yet elegant use of the silver metallized paper as a part of the design, giving the bottle a look of subtle, shimmering beauty," says Larry Bennet, communications director, Brewery Ommegang.