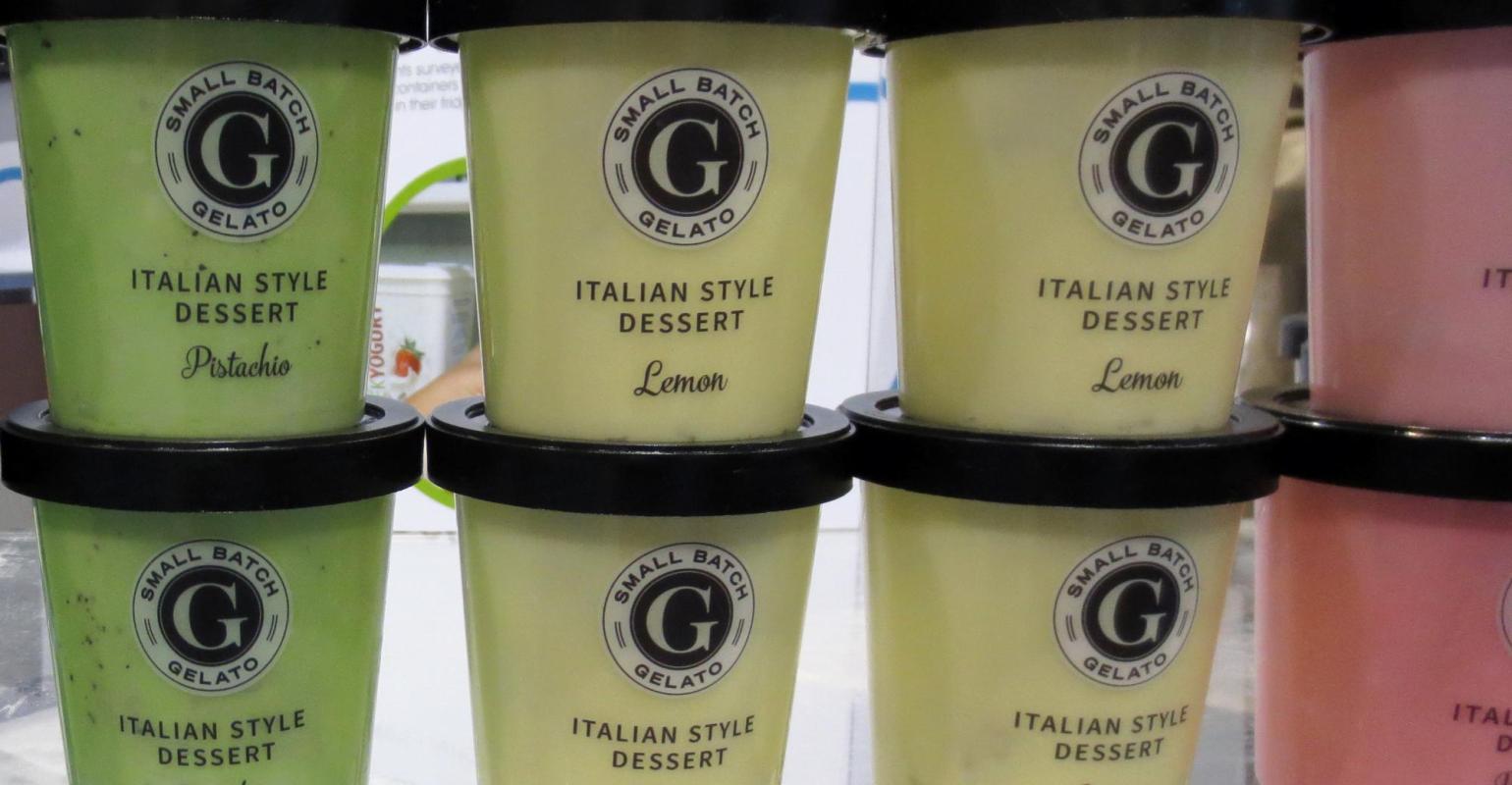 There are clear differences in these and the other 3 packaging developments found at Process Expo.

A visit to Process Expo last week revealed a clearer pint for ice cream, a space-saving rectangular container and two fresh aseptic packaging developments that all raise impact at retail.

My first few steps into the north hall of McCormick Place, Chicago, at the International Dairy Show/ Process Expo last week uncovered a pair of major vendors that both offered a pair of packaging developments. It was a very encouraging start to what turned out to be a productive day.  Each of the foursome provided unique benefits for brand owners looking for optimized, differentiating packaging options for consumers.

My first booth visit was with Berry Plastics where Lauren Piekos, product marketing, rigid open top division, pointed me toward the company’s latest packaging that was clearly different, literally so. A new clarified, freezable grade of polypropylene resin molded into a tapered pint container (seen above) provided impressive shelf appeal for the virtual gelato inside. Piekos said that the new ultra-transparent containers had been launched in July.

In addition to high contact clarity, the new containers featured “Iconic” printing, Berry Plastic’s designation for a high-resolution European-based printing technology that the company has been using over the past 12 months. Described as an “indirect flexographic-printing method,” Iconic uses up to 7 colors and is more economical than in-mold labeling for container decoration, Piekos says. It is applicable to round and nonround containers on white, clear or colored substrates. 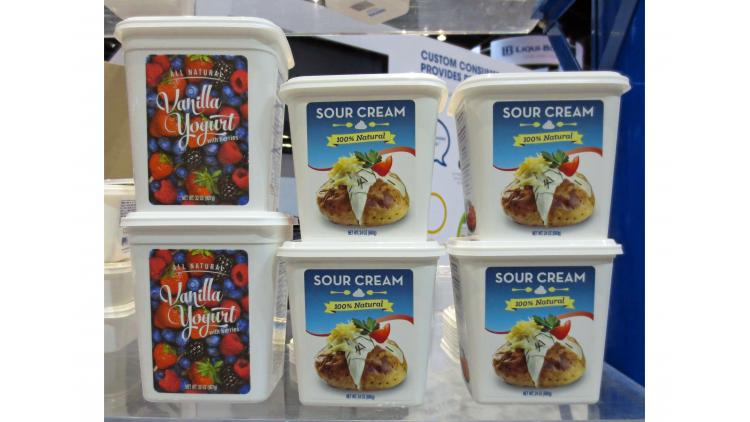 Berry Plastic’s new Qubic space-saving rectangular containers are a sharp departure from round containers and are suitable for yogurt and a range of other dairy and deli products. Compare with rounds, they promise up to 25% more product on-shelf density, according to Berry Plastics.

Qubic containers are stackable and can be film-sealed. Adding to the visual impact are the containers’ impressively colorful Iconic printing, more fully realized when seen against the opaque white structure.

According to Piekos, Berry Plastics found in research that consumers felt the Qubic containers were more organized in the refrigerator when compared to rounds. She says the preprinted containers also offer a simplified production advantage over shrink-sleeved containers.

Next up: Is it a bottle or a carton? Turns out it’s both…. 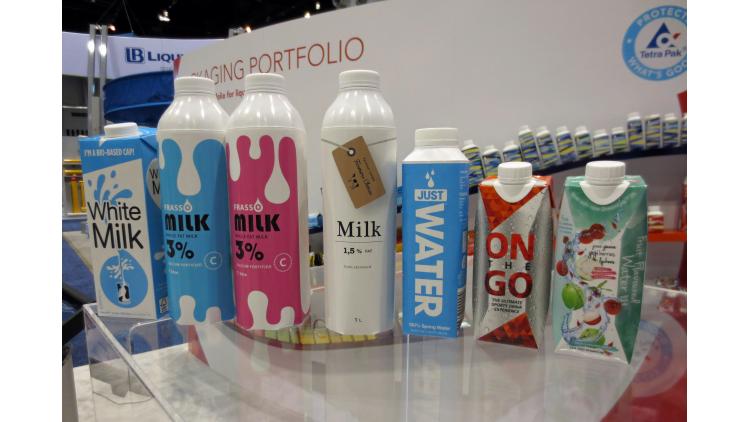 Coinciding with the first day of Process Expo, Tetra Pak announced it had received Food and Drug Administration approval for its Tetra Evero Aseptic–the first aseptic carton bottle for milk. Tetra Evero Aseptic combines the easy handling and pouring of a bottle with the environmental and cost advantages of a carton. The packaging was introduced in Europe four years ago.

But the company’s introductions aren’t always in a Europe-first priority: Tetra Pak also showcased a 500mL size on-the-go optimized DreamCap, a closure molded of high-density polyethylene specifically engineered to improve user comfort for on-the-go drinking. It is intended to be used on a Tetra Prisma Aseptic 500 Edge carton through its special face-friendly geometry. The reclosable 26mm closure, which is applied inline after filling and sealing, has a smooth base that extends over the side of the carton. This U.S. introduction is in advance of the global launch in early 2016. 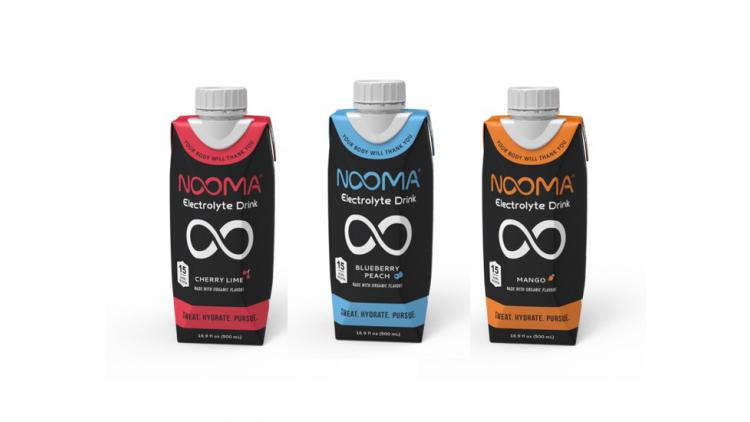 "The combination of DreamCap on the 500-mL package is a great fit for our customers who want to produce a larger shelf-stable beverage for on-the-go consumption," said Ken Haubein, president of Jasper Products. Jasper's processing capabilities include juice, nectars, still drinks, dairy, dairy alternatives and more.

DreamCap is also available in a renewable bio-based version made from plastic sourced from sugarcane.