Packaging machinery attuned to the functional use of RFID 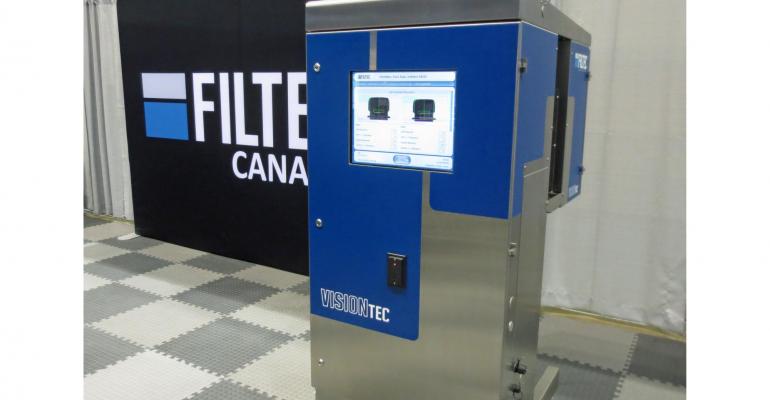 Applications for RFID on packaging machines include security log-on (above) and proper changepart verification.

The use of radio-frequency identification turned up on two diverse packaging machine introductions this fall, one on a 3-robot cartoning machine and the other on an inspection system.

I’d reported on news and applications  in radio-frequency identification for years as one of my beats in packaging in the 2000s. During those RFID-enabled years the developments almost exclusively involved item- and parent-level track-and-trace technology. So it was all the more unexpected and exciting to see two completely different applications of RFID technology on packaging machines at Pack Expo last month.

One of those was the new configurable, upgradeable VISIONtec container inspection system for food, beverage and consumer goods from FILTEC. It inspects filled rigid containers at rates up to 1,200 containers per minute. The modular system may be equipped with one to 12 cameras to inspect a range of details including overfill/underfill, missing cap/crown, improper tamper band, date code presence and much more.

“A big benefit to our system is that there are no mirrors used for the inspection so there’s a direct focal point for the camera,” says Patrick Uyemura, sr. sales administrator, USA, adding that “label inspection is a ‘hot’ ticket item these days.” 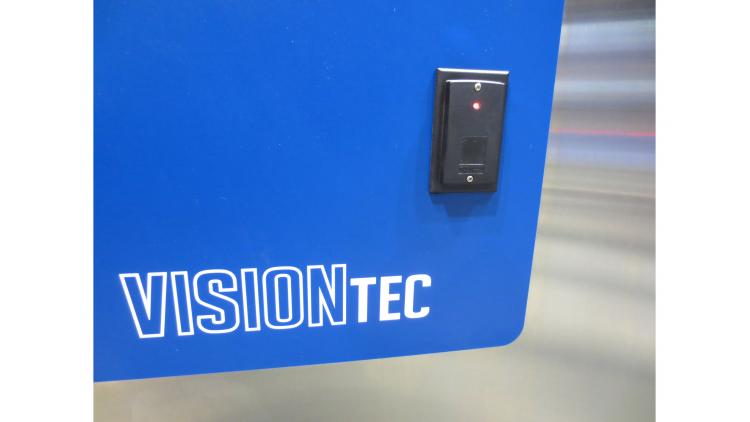 Notably there is a RFID reader (seen above) on the front panel for access via an RFID tag-embedded badge. Besides the obvious security needed for log-in, the tagging also provides traceability as to employee and time; it also permits various layers of user access such as supervisor and more. It is a method used in the past for entry to buildings and offices including the one where this editor works.

“Using RFID eliminates passwords from getting passed along,” notes Uyemura.

VisionTec represents the company’s first use of RFID technology. 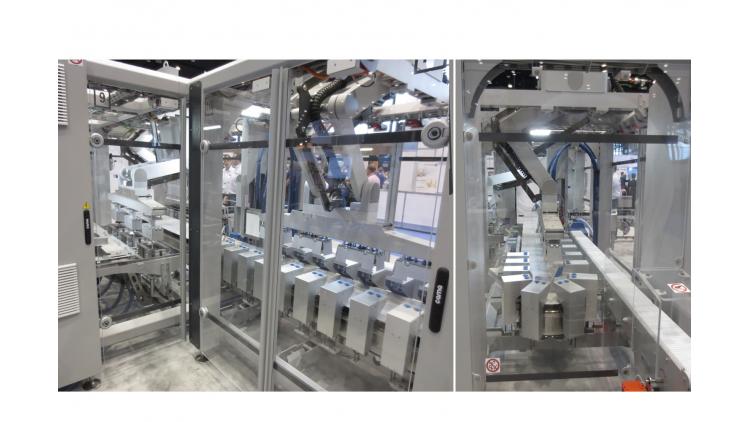 Photos of two sides of the IF318 cartoning system that also depict a different look at the iTRAK handling system that's integral to the machine operation.

The pitchless indexing system as the integration of an Intelligent Track (iTRAK) from Rockwell Automation. In short, the track-based packaging material and container handling system that relies on liner and rotary motion is a thing to behold in operation.

Combined, the above means higher speeds, greater flexibility and faster changeover in a sanitary design that uses slopes and curved corners. It’s also eye candy in motion for those who like fully-enabled, high-level automation.

“The engineering specifically addresses reducing changeover and center-lining,” says Scott Bogdal, engineering manager. “What may have required 30 minutes’ time before can be done in half that time.” 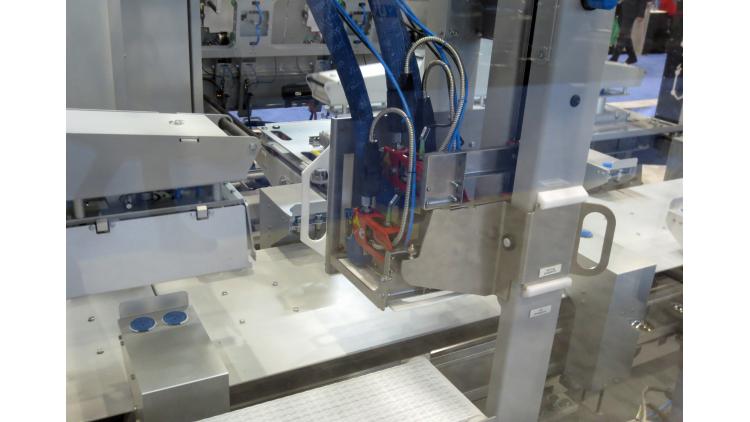 The RFID aspect comes into play for proper changepart recognition and confirmation. RFID is used on the glue head assembly mounted to the forming mandrels (seen above) to confirm proper part registration and alignment, according to Bogdal.  "The changepart has an RFID tag and the static equipment portion has an RFID reader," he says. "The machine is programmed to only run when all changeparts match the selected configuration on the HMI."

As to its popularity, Bogdal says that "there is tremendous interest in the IF318 from companies of all sizes in all sectors. This exact system is not yet been installed, though combinations of the design and modules have been installed across the globe."

You can view a video of the IF318 in operation at Rockwell’s iTRAK overview page.

For more information, visit the IF318 page at the Cama Group website.

Automation technologies, tech tours and topics such as IoT, smart plants and more can be found at WestPack, February 7-9, 2017, in Anaheim, CA. PS: There’s an hourly drone giveaway, too.