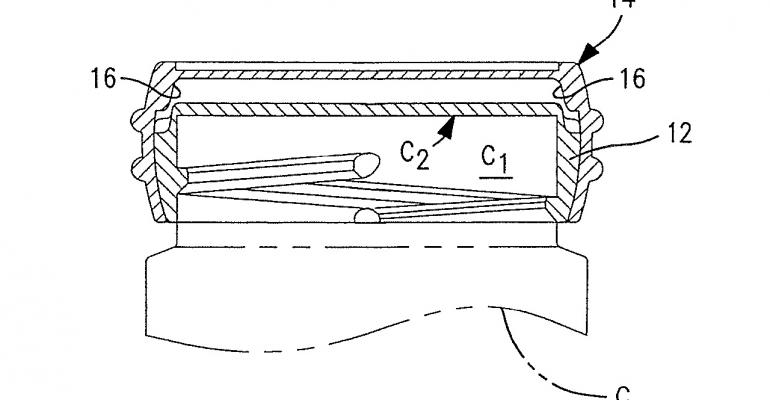 Inventor Gregory Adamczak has quite a range of patents in his stable, including one for a baby pacifier, another for a tennis racket and another for a closure for an eyedropper bottle that he claims, at 12mm in diameter, is the smallest closure available in the U.S.

He has turned his creative mind back again to packaging in another invention, and it appears he got it right when it comes to his patented closure—and he got it left, too, for that matter: The invention is for a child-proof closure design that can be opened—or closed—by twisting it to the right or to the left to address the approximately 10 percent of the population that is left handed. “And it is senior-friendly,” he adds.

Adamczak says that he specializes in left-handed inventions. The closure uses gripping “fingers” within the cap that allow it to be ambidextrous and permit the packager to a custom-set the opening torque to address different markets and target consumers.

He discloses that at the heart of the concept is that the closure works as a “ball and socket” joint that can tilt and rotate like a human hip joint. This aspect enables other elements such as tamper evidence and for the desired torque to be set by users.

“The tilt and rotate operation facilitates the left or right engagement,” he points out. Adamczak acknowledges that the unique operation would require explanatory text on the label.

“The standard for the last 20 years has been a child-proof closure that must be pushed down and rotated to remove it,” he explains. “That’s uncomfortable for many people. My design can save pain and trouble for a lot of hands. By the way, the biggest problem people face with child-proof caps is closing it, not opening it.”

His invention is available for licensing and is applicable for medicines or any bottle or container, he claims, noting it is on a cost manufacturing parity with traditional closures. It can be made in the same materials as standard closures, either polypropylene or high-density polyethylene.

The published patent for “Child proof closure cap for containers having a curved skirt” can be viewed here.

A related patent of his, for a child-proof closure cap for container with spring and tamper elements, can be viewed here.